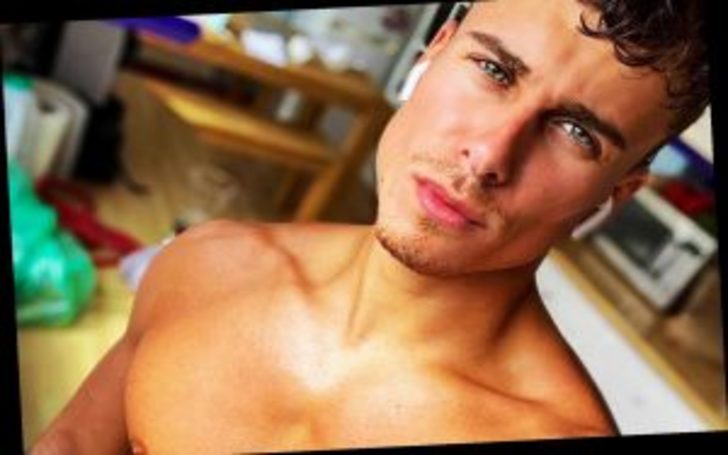 The handsome hunk that is Kori Sampson rose to fame after he appeared on Netflix’s reality dating show, Too Hot To Handle which began airing in April 2020. Now, a TV personality, Sampson is also a model. Of course, one can definitely tell by his look and toned physique.

Too Hot To Handle was enough to bring the young lad into the limelight that gained him thousands of fans for his look. So ladies, is Kori Sampson dating anyone after he left the reality show?

Kori Sampson is one handsome dude, no doubt. Sampson also had women on Too Hot To Handle fancy him loads. However, he only shared chemistry with a few women including Chloe Veitch though, they shared a kiss once only to have bad blood later on.

Not to mention Sampson’s crush on Francesca Farago. But things didn’t go in his favor this time too. Farago has even unfollowed Sampson on Instagram. By the end of the show, Sampson was seen paired with Madison Wyborny. Sadly, due to the lack of their chemistry, they didn’t win the show where he co-starred Harry Jowsey and Haley Cureton.

So, who has Sampson been dating? To share the good news for Sampson’s fans, he is currently single as of July 2020. Since the conclusion of the show, he has been back to modeling and focused on work. But, if he happens to be mingling with anyone, we’ll definitely let his fans know.

Netflix’s reality show, Too Hot To Handle only gave fame and name to Kori Sampson who was already a successful model, to say the least. Though he couldn’t win $100,000 from the show, Sampson can be still expected to bag a great amount of net worth as a model.

Speaking of his career, Sampson has worked for several brands in the likes of The Plant Era, a fitness company that sells vegan-based protein nutrition. He, in fact, works as a brand ambassador for the company.

Other than that, Sampson is also an ambassador for Fashion Nova Men and can be often promoting the company’s clothing product on Instagram. He can be estimated to hold a net worth of more than $150,000.