Is Harry Jowsey Dating Anyone After Francesca Farago & Georgia Bryers? 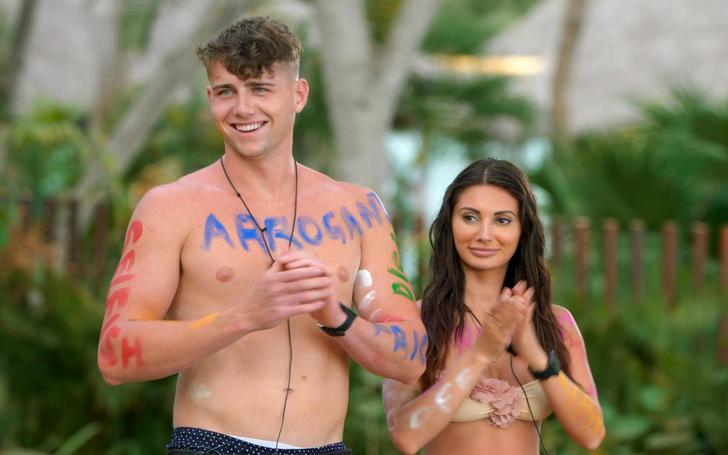 Harry Jowsey is an Australian born America based entrepreneur and reality TV star who rose to fame for his appearance on Heartbreak Island where he won $100,000. Then in 2020, Jowsey was seen as one of the contestants on Netflix’s hit show, Too Hot To Handle.

The owner of the clothing brand Naughty Possums has been known to dating many women onscreen and offscreen both. But, is there anyone Jowsey is dating today considering his many romances that failed to survive?

Who Is Harry Jowsey Dating?

As seen from his appearances on reality TV dating show, Harry Jowsey has been linked to many women. And, some of the women Jowsey romanced included former girlfriend turned fiancee Francesca Farago whom she met and dated on Too Hot To Handle.

Jowsey and Farago actually managed to attract the viewers with their unique stunts on the show which showcased Jowsey popping the question to his girlfriend through a video chat on the reunion show with a lollipop ring that looked like a toy.

The two even planned a future together and shared wanting lots of children. However, that dream collapsed after they left the show. The two rekindled their romance only to split again during the pandemic of 2020. Whilst Jowsey didn’t want to reveal much detail to their breakup when he announced their separation on Instagram in June 2020, Farago came forward to share her side of the story.

As per the Canadian model who lives in Canada, Jowsey struggled with the long-distance relationship as he lives in Los Angeles. But, the two share no bad blood. Jowsey also removed the tattoo of Farago from his body.

Other than Francesca Farago, Harry Jowsey also shared chemistry with other women such as Madison Wyborny. Yes, Madison whom the fans watched on Too Hot To Handle. However, the two were just friends with benefits and nothing ‘more than that‘.

Apparently, Jowsey slid into Wyborny’s dm multiple times and went after her for relationship advice when he broke up from Francesca. But, before the knew it, Harry and Madison became ‘hookup partners’.

Jowsey, in addition, also dated former girlfriend, Georgia Bryers on Heartbreak Island. Their chemistry seemed strong too. But, as they left the show, their romance faded. Jowsey currently is single, as of July 2020.