Home Entertainment Who is Heidi Klum Dating? Know About Her Wiki-Bio Including Her Net Worth, Career, Husband, and Children!

Who is Heidi Klum Dating? Know About Her Wiki-Bio Including Her Net Worth, Career, Husband, and Children! 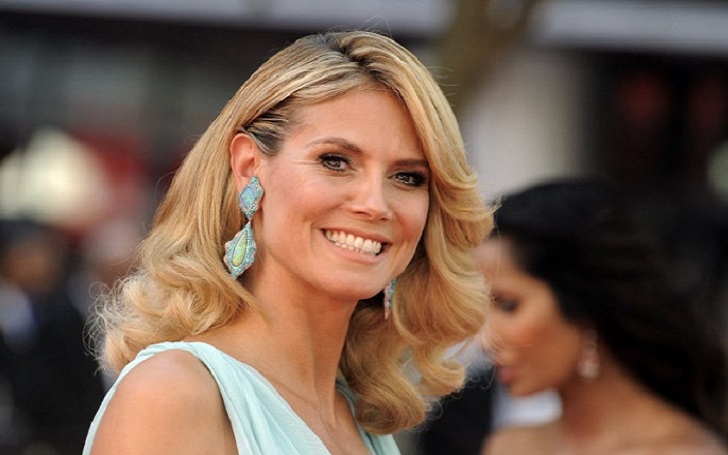 The gorgeous Heidi Klum enriches the world with her variety of talents. Multi-talented people like Klum are hard to come by in this world. She is a German-American model, Television personality, businesswoman, fashion designer, singer, television producer, author, and actress.

Undoubtedly, Heidi Klum is a woman whose professional life is known by each and every fan of hers but the intricate details of her private life have not even seen the light of day. Let’s shimmer some light on the net worth, career, dating life, marriage and children in this Wiki-Bio

Heidi Klum married her boyfriend turned husband Ric Pipino, a famed hairstylist in 1997. But the relationship did not last long and divorced in 2002.

Klum then became pregnant with her first child in 2004 by boyfriend Flavio Briatore, an Italian racecar team manager.

Nevertheless, the couple split up shortly before the baby was born.  She gave birth to her daughter Leni AKA Helene Boshoven Samuel on 4th May 2004.

Moreover, Klum soon became romantically involved with British singer Seal.  After dating a while, Seal proposed to her on top of a glacier in Whistler, British Columbia, Canada.

Eventually, the duo exchanged their vows in May 2005. They welcomed son Henry Gunther Ademola Dashtu Samuel to their lives on September 12.

Despite the popular belief that the relationship was bound to last, Klum filed for divorce from Seal in April of 2012 and finalized in 2014.

Consequently, the Victoria Secret super-model dated a number of men after her second divorce including Vito Schnabel and Tokio Hotel guitarist Tom Kaulitz in 2018. Heidi engaged Tokio on December 2018.

Check out the video where Heidi talks about her boyfriend turned fiance, Tom:

We wish for their bright future.

Do you only think Heidi and her partner Tom are just engaged? Well, not really, as a media reporterd, Heidi and her finace Tom are now husband and wife. The duo obtained their marital certifications in February 2019 in California months after Kaulitz proposed Klum.

Kaulitz’ twin brother, Bill took to his socials to share Tom’s bachelor party photos and oh boy, that looks unforgettable. The photo has a caption,

I threw my brother a three day Vegas bachelor party with all his best friends.

Now, you believe us, right? Well, he ended his caption with, “Bid Wedding Next, Can’t Wait For It.”  Now you belive us, right?

As of 2018, Heidi Klum has an estimated net worth of $90 million. Whereas, as per tabloids, her net worth is around $17 million.

Heidi has accumulated this wealth with her versatile career that has a very vast range. The star makes an average salary of $19 million.

Moreover, Klum makes a great living for herself and her children. She is living a blissful and lavish life with her kids and given the immense amount of money to her name, money sure can buy all the amenities for happiness.

To add up, Heidi Klum also bought a mansion worth $10 million in 1999. The estate is 12300 square foot house in Los Angeles’s Brentwood area. She also owns a house in LA.

As a matter of fact, she collected her massive net worth working with brands like Victoria’s Secret Angel & The Money Girls and by endorsing brands like Swarzkopf & Unilever.

Besides, Klum has a collection of cars which includes:

Furthermore, she is involving in several charity works. The talented lady was honored several times for her charity activities.

Heidi Klum turned into a business mogul after her supermodel career. Klum has become a popular television host and a successful businessperson with over 13 years of modeling career with victoria secret under her belt.

Initially, she commenced her modeling career at the age of 18 after winning a contest in her native country Germany. Klum rose to super-model status after she moved to New York and joined Victoria’s secret.

Furthermore, Klum struck a deal with activewear company as part of her business ventures, New Balance in 2011. She made a deal to create a line of tops, dresses and athletic apparel, in the name of HKNB to be sold exclusively on Amazon.

Heidi Klum was born on June 1, 1973, in Bergisch-Gladbach, North Rhine-Westphalia, Germany. She was born to Gunther Klum, an executive for a cosmetics company and Erna, a hairdresser.

On her Instagram, she has over 5 million followers. Similarly, her Instagram profile holds 3.3k posts as of January 2019.