Home Entertainment Is Tom Kaulitz Dating Heidi Klum? Know His Wiki-Bio Including His Dating Affairs, Instagram, Net Worth, and Career!

Is Tom Kaulitz Dating Heidi Klum? Know His Wiki-Bio Including His Dating Affairs, Instagram, Net Worth, and Career! 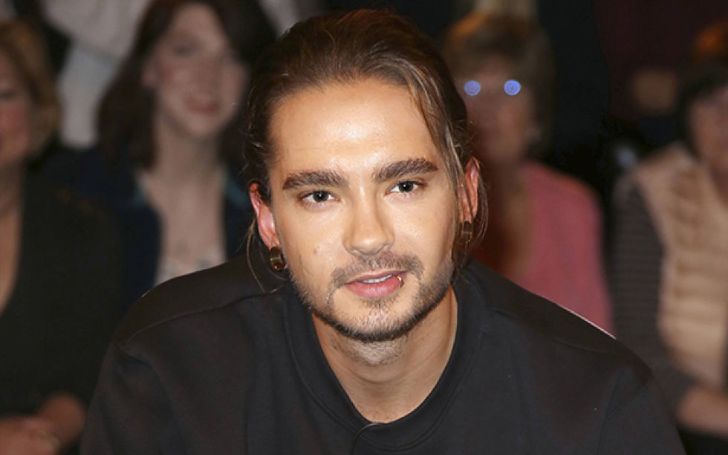 Tom Kaulitz is a German musician, best known for being a prominent member of the famous rock band, Tokio Hotel. He formed the band with his twin brother Bill Kaulitz, bassist Georg Listing, and drummer Gustav Schäfer. Tom is the guitarist for the band.  Apart from being the band’s lead guitarist, Tom Kaulitz also plays the piano, percussion instruments, and supports his brother by lending his voice whenever required.

Moreover, Tom Kaulitz is a prominent member of the music industry and is a very acclaimed celebrity. While his professional accomplishments are all over the media, the personal life of the guitarist is nowhere to be seen. So let’s get to know the details about his relationship with Heidi Klum, past affairs, Instagram, net worth, and career.

Tom Kaulitz’s Relationships and Past Affairs

Tom Kaulitz is engaged to Heidi Klum as of now. The lovebirds dated each other for over a year before Tom decided to pop the question to which Klum said yes. Heidi Klum flashed her engagement ring on her Instagram post on December 24, 2018.

Furthermore, The couple is living a blissful life together but the date of their wedding is not fixed yet. The duo spends a lot of time together and has often expressed their love for each other in their social media posts.

Also Read: How is Chris Hemsworth’ Married Life With Wife Elsa Pataky? Know His Wiki-Bio Including His Age, Net Worth, Movie, Career, and More!

Recently, after their engagement, the pair bought a new Harley Davidson. They were seen riding to Malibu, California. The pair traveled to Nobu, Malibu for an outing.

Before dating Klum, Tom Kaulitz dated a German model Ria Sommerfeld. He married her back in 2015 but later filed for divorce in 2018 citing unresolvable differences. As for Heidi, she has dated, Flavio Briatore, Ric Pipino, and Vito Schnabel.

Just months after Tom Kaulitz’s engagement with Heidi Klum, he is now secretly married to his love. Yes, you got it right! He and his fiancee obtained the official marriage certifacte from California just months after his proposal.

Though they have a marriage certifacte, they will soon have a big wedding ceremony. How do we know? Well, his twin brother Bill took to his socials to share about the lavish three day bachelor party in Las Vegas. He ended his post with a caption, “Big wedding next! Can’t wait for it – Love You.”

I threw my Brother a three day vegas bachelor party with all his best friends. Jets, Helicopters, Dune Buggies, Bachelor Suites, Night Clubs, Paint Ball, Day Pools, Gambling, Top Golf, Limos, No sleep, Too much fun.. how did we fit all that in??? Glad we made it back in one piece 🤪 Big wedding next! Can’t wait for it – Love You ❤️ @tomkaulitz

Congratulations are in order, right?

Tom Kaulitz’s Net Worth: How Much is Tom’s Worth?

Tom Kaulitz’s estimated net worth is $25 million as of 2018. The guitarist accumulated the massive wealth through his successful music career.

You may also like: Luann D’Agostino Announced Divorce With Her Husband Tom D’Agostino, Reveals Shocking Truth Via Twitter!

Moreover, he engaged the Victoria’s Secret Supermodel Heidi Klum. She collected a net worth of $90 million through her successful career as a model and a businesswoman.

To further elaborate, the couple lives their lives in a lavish manner and boasts an accumulated wealth of $115 million. The duo is one of the wealthiest power couples out there.

Tom Kaulitz and his bandmates received their big breakthrough in 2005 after Interscope Records, a record label owned by Universal Music Group, signed Tokio Hotel. The band released its debut album Schrei in 2005.

Nonetheless, the band released their debut English album, Scream, in 2007, which opened up their passage to international fame. Tokio Hotel bandmembers have performed in places like Singapore, Malaysia, Taiwan, and Japan.

Tokio Hotel became the first German band ever to win an award at the MTV Latin America Awards and the MTV VMAs.

Tom Kaulitz was born on September 1, 1989, in Leipzig, East Germany. He and his brothers grew up in a village, Loitsche. Tom’s parents, Jörg and Simone Kaulitz, separated when he was just seven years old.

Subsequently, his mother then dated guitarist Gordon Trümper for 12 years before marrying him on August 1, 2009. Tom began writing music at the age of seven and developed an interest in learning guitar and his brother Bill had a knack for singing as well.

Tom Kaulitz stands tall at the height of 6ft 2in. His weight is 87 kg. He rocks those pair of black eyes with his black hair.