Home Entertainment Who is Flavio Briatore Dating After Breaking Up With Heidi Klum? Know His Wiki-Bio Including His Age, Net Worth, Career, and Children!

Who is Flavio Briatore Dating After Breaking Up With Heidi Klum? Know His Wiki-Bio Including His Age, Net Worth, Career, and Children! 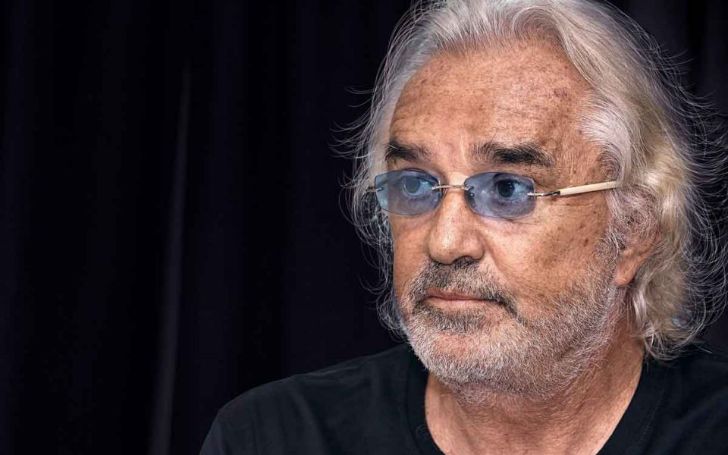 You sure have to work hard to earn money but to be a multi-millionaire you have to work smart. One of those smart workers is Flavio Briatore.

Flavio Briatore is an Italian businessman who is very acclaimed in his field.  He managed two different Formula One racing teams. Briatore became a famous name all over the world when he dated the supermodel Heidi Klum. Briatore is very successful and his professional life is well known to the public, while the intricate details of his personal life are nowhere to be seen. Let’s know more about his relationships, net worth, career, and children in this wiki-bio.

Flavio Briatore’s Relationships and Past Affairs

Flavio Briatore was married to Elisabetta Gregoraci in June 2008 with a couple of years of dating under their belt. They share one child together, Falco Nathan, born March 18, 2010.

The couple reportedly separated on December 2017 after nine years of marriage. According to sources, Gregoraci will remain in Monaco and stay in a separate house paid for by Briatore.

The Italian businessman and the model were photographed at a law firm in Milan just before Christmas of 2017, where they are said to have signed divorce papers.

Flavio Briatore dated Emma Heming back in 2014. Their relationship ended shortly due to some undisclosed reason but the duo is in good terms now.

You may also like: Paloma Jimenez Wiki Bio: Is She Vin Diesel Wife, Girlfriend Or Simply Vin Diesel Partner?

Furthermore, he was also associated with Fiona Swarovski briefly back in November 2003. The duo’s kissing photos surfaced on the same day Heidi Klum announced her pregnancy.

To further elaborate, Heidi Klum, who is currently engaged to Tom Kaulitz, and Italian racing manager dated each other in March 2003. The pictures of him kissing another woman surfaced shortly which sparked a bitter break-up between Flavio and Heidi.

Don’t miss: After Divorce With Heidi Klum, Is Ric Pipino Dating Someone? Know His Wiki-Bio Including His Age, Career, Net Worth and More!

To add up, the millionaire manager dated Naomi Campbell from 1999 to 2002. They were on an on and off relationship for a couple for years but Naomi ultimately broke it off stating she didn’t want to be a trophy.

Flavio Briatore is an Italian businessman who has a net worth of $200 million. He collected his wealth as the former manager of two Formula One racing teams.

Also, his most recent team was Renault F1. Briatore also worked as a part-owner and chairman of London’s Queens Park Rangers F.C. from 2007 to 2010.

Flavio Briatore became the managing director of the Formula One Team, Benetton Formula Ltd for multiple years. Then he moved to another race car team Renault F1.

Subsequently, Briatore worked for London’s Queens Park Rangers F.C. from 2007 to 2010 as well. Briatore was accused of race fixing at the 2008 rendition of the F1 formula race in Singapore Grand Prix. He was forced to resign from the ING Renault F1 team.

Nevertheless, among his first jobs were being a restaurant manager and ski instructor. Eventually, he opened a restaurant called Tribüla which was also his nickname. The restaurant closed, was unsuccessful, and went bankrupt.

Moreover, he worked as a door-to-door assurance policies salesman. Briatore also functioned as a business assistant to Attilio Dutto, owner of the Paramatti Vernici paint company. He also worked in the Italian stock exchange.

Flavio Briatore was born in Verzuolo near Cuneo, Italy, in the Maritime Alps. His parents were elementary teachers. Flavio flunked out of several public schools and had to switch to a private school to get his diploma.

He is very active on the social media site, Instagram. Briatore has 520k followers on the platform Instagram. Flavio Briatore keeps his fans posted on his private as well as personal life.