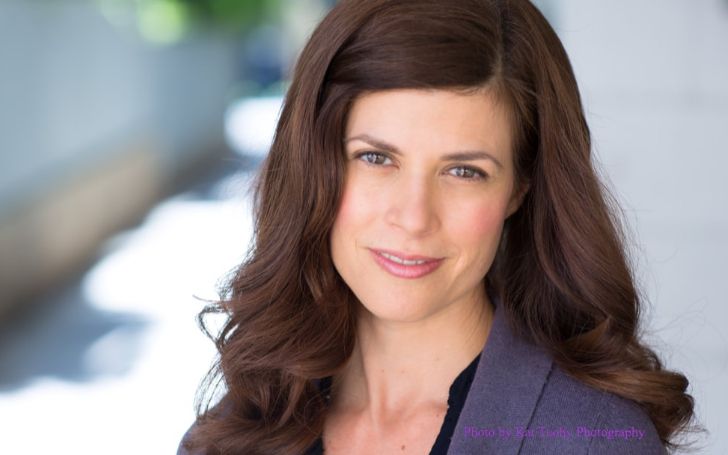 Death of a loved one brings sorrow to one’s life, doesn’t it? The same happened in the life of Wendy Madison Bauer who lost her love, her fiance Luke Perry recently.

The former actress Wendy Madison Bauer was happily engaged to Luke Perry but, alas, he died leaving his love behind. Many of us are quite confused about the lady’s life. So, here we are talking about Wendy Bauer’s relationship with Luke Perry and everything in between.

How was Wendy Madison Bauer’s Relationship With Beau Luke Perry?

Wendy Madison Bauer had quite a blissful romantic relationship with her fiance Luke Perry prior to his untimely death. The pair always kept their relationship details to themselves and as a result, they even engaged secretly.

The duo, though didn’t show off their relationship, once attended the GLAAD Media Awards together in 2017. During the event, the duo held hands and posed for photos as well. This was the first ever appearance the couple made as partners.

In 2019, Wendy, however, was heartbroken. It was all because of the demise of her lover Luke. But, how did he die? Also, what did Wendy say afterward?

The Riverdale star Luke Perry died on Monday, March 4, 2019, at the age of 52 years old at St. John’s Medical Center in Burbank, California. The reason?

Well, Wendy Madison Bauer’s fiance died due to a massive stroke. 5 days before his demise, Perry had to be hospitalized and since then, he was at the hospital. During his death, Luke’s family including Wendy, children Jack and Sophie Perry, mother Ann Bennet, stepfather Steve Benett, and brother Tom Perry were all there.

Days after his demise, Wendy said in a statement issued to People,

I want to express my gratitude to everyone for the outpouring of love and support. The countless heartwarming stories of Luke’s generosity and kindness have been a great source of solace during this difficult time.

The past 11.5 years with Luke were the happiest years of my life, and I am grateful to have had that time with him.

Madison also thanked his children, family, and friends for their support and love. Perry’s fiancee completed her statement with, “He will be dearly missed.”

How Much Net Worth Has Wendy Madison Bauer Amassed?

The fiance of late Luke Perry, Wendy Madison Bauer has an estimated net worth of around $750k. She earned her worth from her career as a family therapist and as a former actress as well.

Currently, Wendy is a family therapist specializing in child, anxiety, and self-esteem problems. From her therapeutic sessions, the lady earns around $170 to $200 per session as her fees.

Before Bauer earned her wealth from such, she used to be an actress and a model as well. She was in the showbiz for around 7 years from 2004 to 2011. During that time, she used to work under the name, Madison Bauer.

As an actress, she has appeared in around 14 movies and TV shows. From such, she must have earned around $80k per year from movies and $25k per episode from TV Shows.

In contrast to her net worth, her late beau, Luke Perry had a net worth of $10 million at the time of his demise. The man earned from his career as an actor.

How old is Wendy Madison Bauer?

What is Wendy Madison Bauer’s nationality?

Which ethnicity does Wendy Madison Bauer belong to?

How tall is Wendy Madison Bauer?

How much is Wendy Madison Bauer’s weight?