Who Is The Director, Karla Souza is Accusing of Sexual Assault? Know Karla Souza Husband, Career, Movie Career and Net Worth 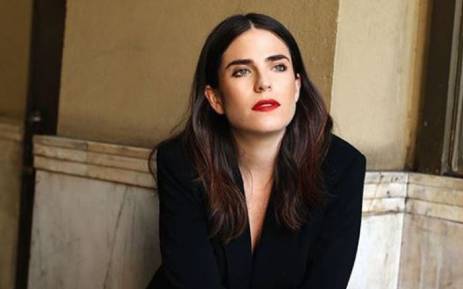 Karla Souza is a Mexican actress, who is popular for American Television drama series How to get away with murder. The role of Laurel Castillo as a law student in ABC legal drama earned her recognition in overseas.

Recently, Karla Olivares Souza is in the limelight, since she confronted that she was raped by director amidst her early television career. In an interview with AristeguiCNN, She revealed how she was physiologically manipulated by the director and became a victim of sexual abuses.

Souza expressed that she had gone through sexual harassment in Mexican radio program. She did not illustrate much of it. After a month, Karla Souza could not hold her feelings and busted out accusation on the director.

Though she did not reveal the name of the director, she relevantly confessed how Souza was plotted to share the hotel with the director; he would stop by her room, and suffered cold feet from the director when she didn’t respond him.

Finally, Souza ended up reluctance relationship with the director. She cited;

“I ended up allowing to him to kiss me, to touch me in ways I did not want him to touch me, and in one of the instances he violently assaulted me, and yes, he raped me.”

After confession that had afflicted her many years, Souza tweeted “I am proud to stand in solidarity with my sisters in Mexico and women around the world whose voices are finally being heard and saying #TIMESUP,”

I am proud to stand in solidarity with my sisters in Mexico and women around the world whose voices are finally being heard and saying #TIMESUP.

As Souza accused director with no identification on sexual harassment somehow, it indirectly pinned towards Gustavo Loza. The accusation stood firm when an audiovisual content production company in Mexico, Televisa claimed that it is the disturbing bond of Karla Souza and Mr. Gustavo Loza.

Televisa further disclosed that Loza has been a part of Production Company but now, dismisses him from the ongoing project. In response to the accusation, Mr. Gustavo Loza denied the recent rape allegation of Souza, production Company Televisa, and Denise Maerker. It marked deep allegation in his fame and family.

Similarly, he unveiled that he and Souza once had consent tiers but broke off their relationship after that. They are still companions, who had worked together in most of the projects. However, he is working on to maintain squeaky-clean status, while the actress and Televisa have not responded on Loza’s comments till date.

Karla Souza tied the knot with Marshall Trenkman in 2014. Before exchanging wedding vows, they dated for few years and eventually, engaged in December 2013.

The next year, in May the couple married in California. The relationship between them is still going strong. The pair does not have children till date.

The actress wants to maintain the same standard of blockbuster movies. She thinks herself of too young to handle kids. On the same hand, Marshall has not compelled his wife for blooming family so that she could focus on career.

Another Popular Post: Natalie Halcro Age 30 Is Single After Splitting With NFL Player| Bio: Career, Net Worth, And Family|

Before marriage, her name linked with Mexican Actor Gonzalo Garcia Vivanco. They dated for a year. Unfortunately, the pair did not go well together.

As of 2018, she welcomed her first child, a baby girl, Gianna. She annouced it via her social media.

Moreover, she also posts several pictures of her pregnancy. She looks flawless as ever even during the pregnancy.

She initially tried her in luck in French reality show Star Academy. Then, she invested her active time in Mexican movies and television drama. Yes! She began taking films opportunities at the age of 22. Souza debuted with Mexican TV film Terminales during 2008.

The year 2013 marked her career breakthrough when she starred in Mexican movies Nosotros Los Nobles and Instructions Not Included. Both of the movies smashed records in Mexico. She bagged Pantalla de Cristal Film Festival Award and the Diosas de Plata for Best Performance – Actress for the former movie.

After a year, she received the role of Laurel Castillo for How to Get Away with Murder. As a result, she earned an Impact Award for Outstanding Performance in a Television Series for the portrayal of laurel Castillo in 2017.

Souza also featured in other television works likewise El Crimen del Cácaro Gumaro, Sundown, and Everybody Loves Somebody. Despite the reason that she is actively present in both Mexican and America shows, her net worth is not officially released to media.

Born on December 11, 1985, Souza is a daughter of the Chilean father and Mexican Father. So, she has dual citizenship of two countries- the US and Mexico. She spent her childhood days in Aspen, Colorado.  The actress is fluent in English, French and Spanish languages.

Souza took acting classes from Centro de Educación Artística in Mexico City. The acting school is one of the reputed academic institutions of Televisa. While attending acting classes in France, she auditioned and was chose to star in French TV series Star Academy.

But, she decided to advance her academic career in the Central School of Speech and Drama instead of starring in other media opportunities. Thus, she completed Bachelor of Arts in acting during 2008, where CCP award bestowed her.

Besides, Souza is active on social media and has a great fan following. As of 2018, her Instagram account has over 3.7 million followers, whereas, her Twitter has more than 588k followers.