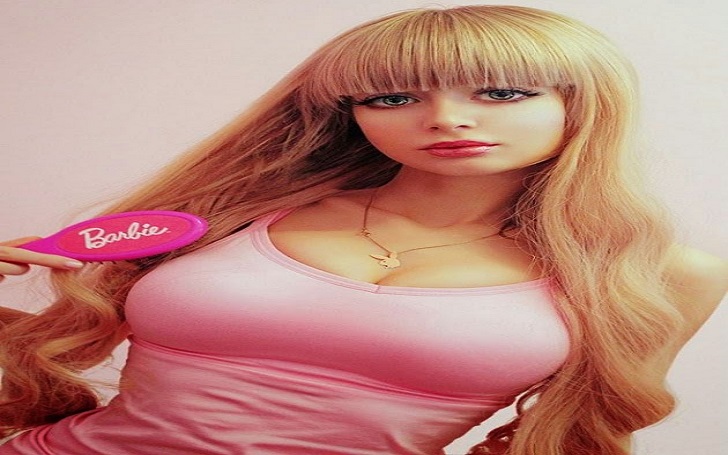 Every girl in their childhood likes Barbie doll and play with it. Even teenagers and adult are fond of Barbie doll. Have you ever imagined that you will see a living human Barbie doll? Shocked? Yes, you heard it right. A girl “Angelica Kenova” from Russia not only looks like a Barbie doll but also treated like a doll.

“Angelica Kenova” is a Russian and Ukranian model, child psychologist, and ballet dancer. She has the fame of having a Barbie doll figure. She has more than 60,000 followers on Instagram.

Every boy dreams of dating such a cute girl and marry her. But is the Barbie doll Angelica dating a boyfriend? She still lives with her parents. Learn more about such an adorable girl and her personal life:

Who is Behind Her Barbie Looks: Parents or Herself?

A 28-year-old Russian model “Angelica Kenova” is a living Russian Barbie doll. She has attracted thousands of fans to her looks and hot figure. Angelica says she has been raised as a ‘living doll’ by her parents since her birth. She is popular all over the globe because of her looks. 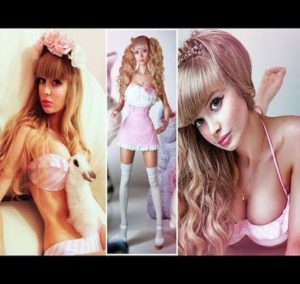 The mastermind behind her Barbie looks is her parents not her. Kenova’s parents always support to build her career. She lives with her parents at home and told the interviewers of News.au:

Growing up, my parents raised me like a princess and never let me go out, date boys or have the usual adult experiences. As a result, I am not fit for real life – I’m like a living doll. My mum and dad have been overprotective all my life. Some parents practically chuck their child out of the family home when they reach the age of 18 but not mine.

Kenova’s parents started morphing her to a living doll when she was only six years old. Her mother, Natalia used to buy Barbie dolls and dressed Kenova like one. Natalia also hired a personal trainer for Kenova’s fitness.

Also See: Marnie Simpson Breakup Rumors With Her Popstar Boyfriend Turned Out To Be A Hoax

He created an individual training program for Angelica to have an insanely skinny waistline. It’s her parents who buy clothes and dresses for Angelica and let her pose nearly naked for photo shoots. 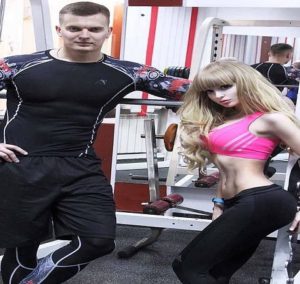 Caption: Angelica Kenova at the gym with her personal trainer.

Angelica loves her parents and desires to keep them happy. She told:

I really love my family and I don’t want to upset them. If I ever decided to live apart or do something against their will, it would be a scandal

We hope one day Angelica will live an independent life and her parents will support her.

Angelica maintains her doll-like figure by following a strict diet and three hours workout five times a week. She does not reveal her diet and keeps it secret. Angelica’s personal trainer advises her on nutrition.

You Might Like: Is Manny Machado married or still Single? Know his Net Worth, Earnings, Contracts, and Income

I have never had plastic surgery. Cosmetic work is only necessary when an individual has serious faults with their face or body

Angelica is currently single. She has no boyfriend. But she has high hopes of finding a perfect boyfriend whom her parents will approve. She has explained that she is interested in brutal men whose eyes reflect their pride and strength. Angelica has to take her mom when she has a date with someone. She told:

My mother also demands that she accompanies on any dates. I have to book a table for three people so she can sit at the same table whilst my date and I have dinner. So I’ve never had a proper boyfriend. All the boys I know are just friends unfortunately

Let’s hope and pray for the Barbie girl that soon she will enjoy a date with her boyfriend in privacy. Besides, she spent most of her time with the musical artist, Andrew Boldar. With to these, they are rumored to be dating.

The couple, however, spoke nothing about their relationship and dating life.

A Quick Glance on Short Bio of Angelica Kenova

Evgeniy Cheprasov and Natalia Cheprasova gave birth to Angelica on 11th July 1988 in Kurgan Oblast, Russia. She has a sibling, Roman Cheprasov. Angelica has a tiny 20-inch waist, a 32E bra size and weighs a minuscule 6 stones and 5lbs.

Also Read: Angelique Kerber Dating a Man; Who is he? Know her Past Affairs, Relationships, Wiki-Bio, and Net Worth

She has a blue eye color and blonde hair. Her height is 5 ft 4 inch. She has received the most expensive and prestigious education around.

According to the Wiki, Angelica is 29 years old model. She has thousands of followers on social media. Angelica is considered as a living doll.

Angelica has not revealed any information about her salary which she receives as a model. She has not mentioned her net worth as well.