Is Lindsey Pelas Dating Someone After Breaking Up With Calum Best? Moans About The Pain She is Having Because of Her 30HH Natural Breasts! 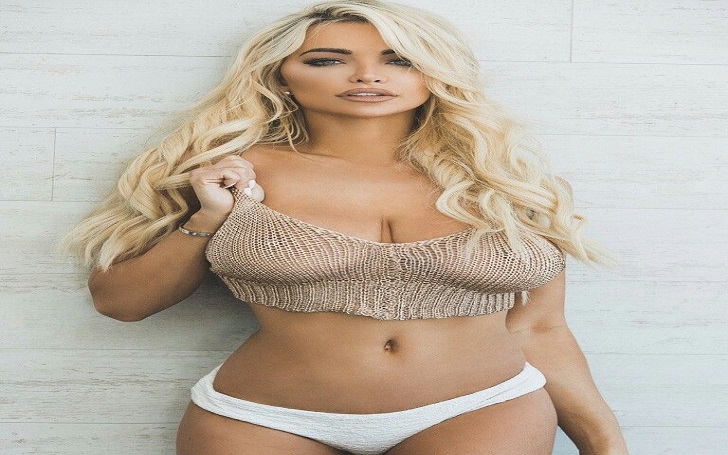 Women are too sensitive about their body parts. They always want to look stunning and beautiful regardless of their age. Similarly, naturally looking bigger breast size gives most of the women more confidence. Many research reveals that big breasts attract men to a great extent. But what is the case in the life of Lindsey Pelas?

Lindsey Pelas is an American model and also an actress. She has modeled for Playboy magazine. She has all natural- 32HH breast. Thousands of men dream of dating such a stunning girl. But, what does the lady herself desire? Is she dating a boyfriend? Know more about her love affairs and personal information:

Is Lindsey Dating a Boyfriend? Or Is She Currently Single?

The 26 years’ old Playboy model Lindsey Pelas has no past affairs so known besides the Celebrity Big Brother star Calum Best. Calum Best, 36, is a son of football legend George Best. Lindsey and her boyfriend Calum started dating each other since August 2016. 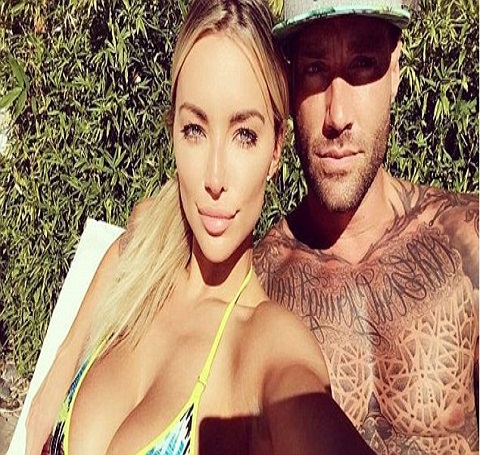 Initially, the couple kept their relationship a secret. But later they made it public in August last year. The couple enjoyed their dating at various romantic places and shared their pictures on social media as well. But the couple put their relationship on hold as her boyfriend Calum went to the Celebrity Big Brother house by the start of 2017.

Calum flirted, kissed, and lay in bed together with Jasmine Waltz on the show. Lindsey revealed that the kiss made her “want to vomit, ” but she didn’t feel like a split. She told OK! Online:

It didn’t feel like a split. We just put the relationship on ice when he went in there

But after the end of the show, the couple mingled together. They started dating each other again. Speaking to OK! Online, the couple revealed that they had not seen each other for a while. Lindsey, about their affair, said:

I haven’t seen him in a while, but we’re trying to make plans in a few weeks to do something. We’re just working out the details.

Whether the couple worked out on their relationship or not, no one knows. Currently, they are not dating each other anymore. Lindsey is enjoying her single life with no affair as of now. We hope she will find a perfect boyfriend shortly.

Lindsey Pelas: Talks About the Problem Caused by Her Massive Breasts

Lindsey Pelas has claimed that her huge breasts weigh 11 pounds and cause her severe back pain. She also revealed that she has to “smile through the pain” when she shares sexy photographs for her 6.8 million fans on Instagram and Twitter. She talked about her body struggles and revealed:

Doing my best sweet and innocent face when I’m in pain. Haha. It’s crazy how being busty can make people see your personality so differently. Speaking of busty, also crazy how bad my back hurts right now. Working out with roughly 11 pounds on my chest (yea I got bored one day) is really trying on my back

Starting my week right with a Monday workout and my @1stphorm BCAAs. __________________ Super excited the 1st Phorm Summer smash that’s just a few weeks away and a few weeks after that I adventure to Europe ✊🏼 Working out while traveling is tough for me, so I’m really focused on keeping my workouts frequent so I can be ready for all the adventures! 👙 __________________ I love adding #1stphorm supplements to my routine- like their bcaas in green apple. Keeps my recovery short, muscles building so I can workout more often. Plus it tastes amazeballs 🍏 ___________________________ Happy Monday everyone!

Caption: Lindsey Pelas on her workout with her 30HH natural breasts, 6 June 2017.

Lindsey talked about the disadvantages of having massive breasts. She finds herself vulgar in her regular clothing. She said:

A Short Bio of Lindsey Pelas:

Lindsey Pelas was born on 19th May 1991 in Loranger, Louisiana, United States. Her nationality is American. She began her career as a model for Playboy and other adult magazines since 2013. Lindsey moved to grow large platform on social media such as Instagram, Twitter, and Snapchat.

Lindsey had also cast in the movie Extraction in 2015. She has also made her appearances on the television: Playboy Plus, TMZ on TV, 8th Annual Babes in Toyland, Pop Trigger, an Englishman in L.A. According to her wiki, her height is 1.6 m. She has brown hair.

As an American model and social media personality, Lindsey has a net worth of $3 million. She has recently appeared in Coded Court as Kelly Wilshire. Similarly, she also appeared as Katrina in The Trouble in 2018.