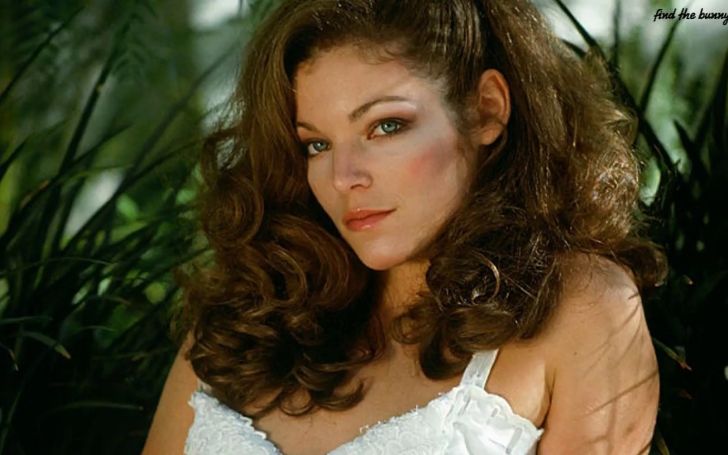 Amy Irving is an award-winning American actress who garnered much fame and love through her charming looks and enchanting personality. The actress won the prestigious Screen Actors Guild Awards for her role in the film Traffic.

The actress is also popular for her roles in various television series and films like Hide and Seek, Unsane, and Law & Order. Want to know more about the actress, if yes, then read the whole article!!!

Amy Irving is a married woman. The actress married the love of her life, Kenneth Bowser Jr., on November 1, 2007, among their close friends and family.

The actress is happily married as of now and shares unconditional love for her beloved husband. Further, the couple is happily celebrating their twelve years of the marital relationship. Besides, there is no sign of divorce between them.

Amy Irving was first in a relationship with the American billionaire and film director Steven Speilberg. She started dating Steven in early 1976 after meeting him on the set of the film, Carrie. But later, the duo parted their ways after facing some highs and lows in their relationship.

Just after that, the actress started dating her co-star, Willie Nelson, from the film Honeysuckle. But after spending some time with him, Amy broke up with him and reunited with her beau, Steven. Later, Amy and Steven shared the wedding vows on 27 November 1985.

The couple then stayed together for four years, but in 1989, they decided to go seperate paths once again. Well, the couple divorced on 2nd February of 1989, and Amy received a $100 million divorce settlement after a judge vacated a prenuptial agreement, which was written in a napkin.

While Steven got together with Kate Capshaw, Irving started to date the Brazilian film director Bruno Barreto in 1990. The pair eventually dated for six years and then married on September 27, 1996. But just like Amy’s first relationship, their marriage soon ended in divorce on January 29, 2005.

Amy Irving is a proud mother of her two children. The actress first welcomed a son named Max Samuel with her first husband, Steven Spielberg, on June 13, 1985.

The actress later welcomed another child, also as a son named Gabriel Davis along with her second husband, Bruno Barreto, on May 4, 1990.

Amy Irving is a Multi-Millionaire!

Amy Irving is an American stage, television, and film actress who garnered wealth from her career. Well, the actress possesses a net worth of $120 million as of 2020.

The actress started her career as a stage actress. In 1965, she performed her first-ever- professional acting performance in the play The Country Wife. Later, she also worked in some of the famous plays like Romeo and Juliet, Heartbreak House, Three Sisters, Broken Glass, and The Waters of March. Besides, her most recent work was in the 2011 play called We Live Here, where she portrayed the role of Maggie.

In 1976, the actress made her feature film debut with the film Carrie where she portrayed the role of Sue Snell. After that, she acted in many blockbuster films like The Fury, Voices, Micki & Maude, A Shoe of Force, Traffic, Hide and Seek, Adam, and Unsane. Among all of her films, Traffic was a blockbuster that garnered a total of $208.3 million on the box office against the budget of $46 million.