Skip to content
Home » Entertainment » Who is Anzor Alem The Rising Star? 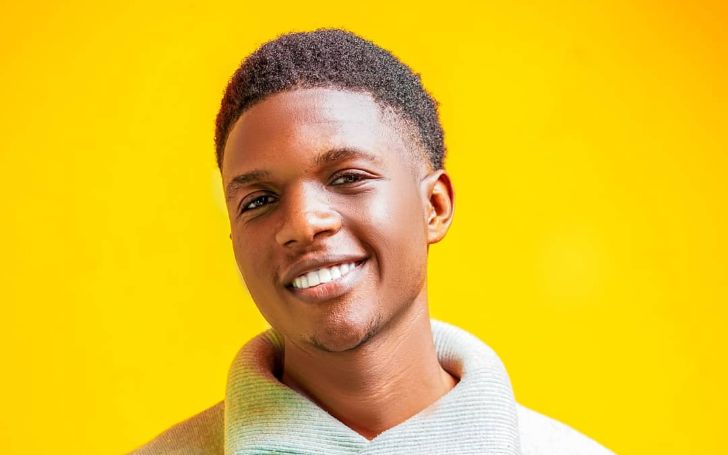 Anzor Alem is a Congolese actor and musician. The young star is famous for his feature in the popular Netflix drama Blood & Water. Furthermore, Anzor has a verified Spotify profile. Similarly, he released his recent single Missed Call in 2021.

Anzor is a young talented personality who is yet to have a breakthrough in his career. However, to accomplish this much at a very young age is incredibly amazing. To know more about the actor’s bio, age, net worth and, career, please continue reading the article.

Anzor Alem was born on 4th April 2001 in Kisangani, Democratic Republic of Congo. Furthermore, Alem was born into a family of four children. He has three other siblings; Elda Alem, Francine Alem and, Amina Alem. Growing up in a huge family was certainly not easy for the actor.

Anzor’s father Son Alema and mother Amida Shabani initially named him Rashidi Alema Anzor. The 20-year actor is the eldest amongst his three other siblings. Furthermore, he was raised in a decent fortunate family in Congo. Additionally, the young artist speaks French as a native language.

Alem’s parents divorced and his mother moved away with her sisters. After graduating from high school, Anzor immediately started working for his dream. The celebrity struggled a lot during this phase. Moreover, he is a self-trained, hardworking actor.

Anzor Alem took his first steps in the film industry after moving to the city of Lubumbashi. Moreover, Alem downloaded a document from the internet on how to be a good actor. The actor became aware of his hidden acting talent after meeting other enthusiasts who shared the same hobby.

In 2013, when Anzor was 12 years old, he played his first movie The Flash, an African version of the same name. Furthermore, Shawn Shaman was the director of the film. However, the project was later shut down due to a financial crisis.

Recommended: Know about the Net Worth and Career of American Gods’Actor Demore Barnes

Additionally, the rising actor is famous for His House (2020), Lucky Man (2016), and Farewell Amor (2020). Talking about his musical career, Alam has released a lot of solo songs. Further, the musician was influenced by the French group Sexion d’Assaut.

How much is Anzor Alem Worth?

Anzor Alem has a stunning net worth of $500,000. To earn a huge sum at such a young age is still a dream for many people out there. Similarly, Alem accomplished so much in so little time. Furthermore, he earns an estimated $10k-$12k per episode.

The aspiring rising actor has been signed by the Okaa music label. Further, the youth talent has also made a huge announcement about his 10-track album Enzer, which will release in 2022. Moreover, there will be music videos for each of his songs in the new album.

Anzor is living a luxurious life. We can see the actor wearing a variety of luxurious clothing. Furthermore, the fortune he earned from his emerging career, will help the artist lead a peaceful life without financial problems in the future. We wish all the best for the star on his upcoming journey.