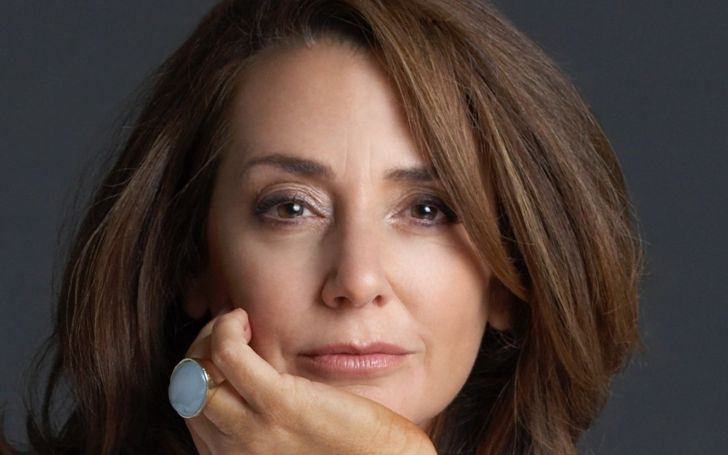 Talia Balsam once said: “I really like being married. I love my husband.” If you wonder about her identiy, she is an American actress who has been acting for over four decades and she is quite successful at what she does.

Now, it is clear enough that she is a married woman. But who is the lucky guy who gets to share his life with a such a wonderful lady? Does she have any children with her husband? Get the details below.

Who is Talia Balsam?

Talia Balsam is an American actress of films and television. She has been actively playing films and television shows for over four decades and so far, she has more than a hundred acting credits. As a result, she has also amassed a good amount of wealth and widespread fame.

Just because she went to India doesn't mean she's not an idiot…. Mona Sterling

Talia is also popular as the daughter of American character actor, Martin Balsam, and actress, Joyce Van Patten. In her adolescent years, Balsam attended a boarding school in Tucson, Arizona.

Who is the Huaband of Talia Balsam? Know Her Past Affairs

Talia Balsam is currently in a marital relationship with her husband of many years, John Slattery. Balsam’s spouse, Slattery is an American actor and director who also loves skiing and surfing. So, when exactly did they tie the knot?

Talia and her life partner, John have been married for over two decades now. They exchanged the wedding vows on 30 December 1998 on island of Kauai in Hawaii. They were engaged some months earlier the same year. The real life couple also played as husband and wife, Roger and Mona Sterling in an American television series, Mad Men.

As of now, Slattery and Balsam pair are parents of a child. They gave birth to their first and only son, Harry Slattery, in 1999. Harry is currently 20 years of age and also played a movie, Shortbus in 2008 as Pinata Boy.

John Slattery, however, is not the first love of Balsam’s life. As a matter of fact, she was in a marital relationship with her former husband, George Clooney for around three years. Their wedding took place on 15 December 1989 in Las Vegas.

Almost after four years of marriage, Clooney and his Balsam officially divorced on 17 September 1993. Talking to Vanity Fair, Clooney later stated: “I probably – definitely – wasn’t someone who should have been married at that point.”

How Much is the Net Worth of Talia Balsam?

As of 2019, Talia Balsam has a net worth of $4 million which she amassed from her acting career. The avearage earning of an American actor/actress per year is $50,110 and $20/14 per hour. Due to her decades of experience in the industry, Balsam probably earns more than average.

In the beginning of her career, Balsam played the role of Nancy Croft in the tv series, Happy Days (1977). Likewise, she played three television films, The Initiation of Sarah, Stickin’ Together, and Fast Lane Blues in the year 1978.

As far as earnings are concerned, Balsam featuring 2011 movie, No Strings Attached collected $149.2 million at the box office. Likewise, the $6 million budget movie, The Wackness (2008) made an income of $3.2 million. In the 2008 teen romance, Little Manhattan, Balsam appeared alongside Charlie Ray, Josh Hutcherson, Bradley Whitford, Cynthia Nixon, and other actors.  The movie went on to collect $1.1 million.

Balsam’s other movies include, Don’t Worry Baby, All the King’s Men, The Supernaturals, Killer Instinct, The Coldblooded, just to name a few.

Besides, Talia has been playing the role of Dallas Holt in the comedy series, Divorce since 2019 as a regular cast. In 2000, she portrayed the character of Kathy in the tv program Schimmel.

For your information, Talia’s former husband, George Clooney has a staggering net worth of $500 million. In contrast, her current husband, John Slattery has a net worth of $10 million.

Talia Balsam stands with a height of 5 feet 8 inches and her weight is 56 Kg. Her body measurements are 33-23-34. Moreover, her hair is brown and eyes are hazel in color.

Where is the birthplace of Talia Balsam?

Which nationality does Talia Balsam belong to?

How tall is Talia Balsam?

What color are the eyes of Talia Balsam?

What is the hair color of Talia Balsam?