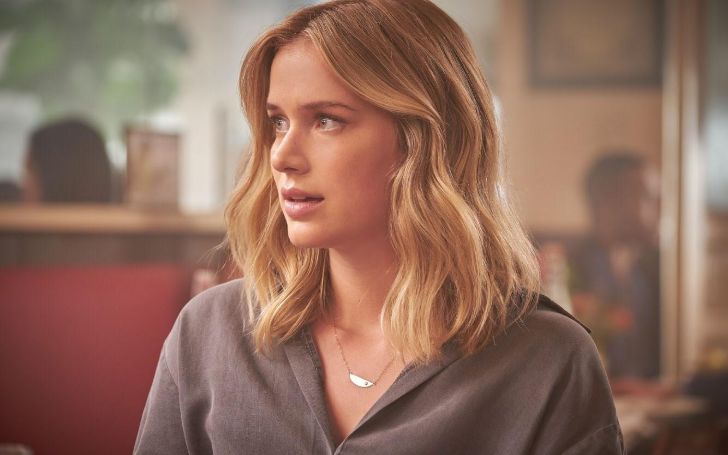 It is really hard to succeed in the make-believe business and Elizabeth Lail is one struggling actress. She came to few people’s attention after working in student film productions.

As of now, she is persevering to secure a good position in both movie and television. So, what about her personal life; is she dating a boyfriend? Let’s get the details below.

Who is Elizabeth Lail?

Born on 25 March 1992, Elizabeth Lail is an American actress. She has been acting since the year 2011 and so far, she has 9 acting credits.

Lail is the youngest daughter of Dean Franklin Lail and Kay Lurene Surratt, and she has an elder sister, Kathryn Dean Lail. She graduated from Asheboro High School in 2010 and then joined University of North Carolina School of the Arts from where she graduated in May 2014.

Is Elizabeth Lail Dating a Boyfriend?

Elizabeth Lail is most probably living a single life these days as she does not flaunt any man. After her studies, she has been focused on furthering her professional acting career. However, she was previously in a relationship.

She dated Julian Haig for a couple of years and they broke up in 2016. However, the reason for their separation is unknown. Haig is an Australian actor and model who has 12 acting credits so far.

Elizabeth has been very close with her on-screen partners and she often shares romantic photos. But unfortunately, she has not been able to translate that into her real life. So, we might have to wait for some more time for her to find the love of her life once again.

How Much is the Net Worth of Elizabeth Lail?

The net worth of Elizabeth Lail as of 2019 is approximately $800 thousand. Since she entered the entertainment industry around eight years back, she has neither been highly successful nor a complete failure.

Initially, Lail worked in student film productions. In 2011, she played the role of Anna in the short film Model Airplane. Likewise, she portrayed Emily in the 2014 movie, Without.

In 2014, Elizabeth played the recurring role of Anna in the television series, Once Upon a Time. Lail appeared in 10 episodes of its fourth season. Furthermore, she played the lead role of Amy Hughes in the tv series, Dead of Summer (2016).

Besides, Lail also appeared in The Blacklist (2017) as Natalie Luca. Moreover, she also played the role of Lea in the 2018 movie, Unintended directed by Anja Murmann. For now, she has been playing the role of Guinevere Beck in You since 2018. Likewise, she also featured in the 2019 movie, Countdown as Quinn.

Elizabeth Lail stands with a height of 5 feet 8 inches and her weight is 55 Kg. Moreover, she has a pair of green eyes and blonde hair.

Where is the birthplace of Elizabeth Lail?

Which nationality does Elizabeth Lail belong to?

How tall is Elizabeth Lail?

Which color are the eyes of Elizabeth Lail?

What is the hair color of Elizabeth Lail?