Skip to content
Home » Entertainment » Is Snoh Aalegra Dating Michael B. Jordan? Or It’s Only Rumors? Grab All The Details Here!

Is Snoh Aalegra Dating Michael B. Jordan? Or It’s Only Rumors? Grab All The Details Here! 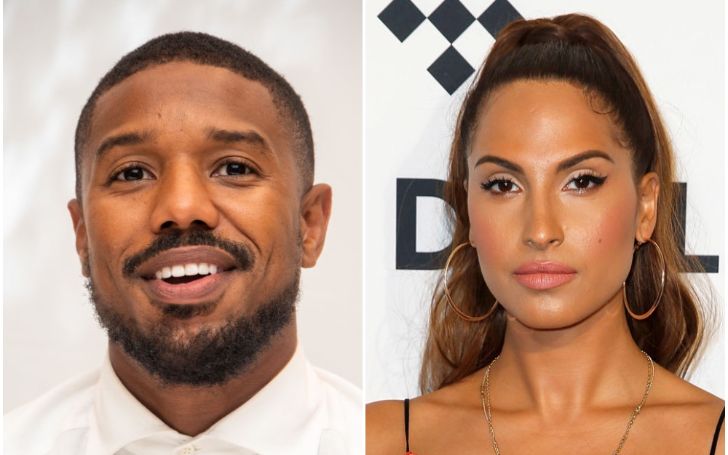 Snoh Aalegra recently started getting media attention with her alleged relationship with the famous American actor Michael B. Jordan. The fans started the rumor after the singer released her new music video Whoa on December 13, 2019, in which Michael makes an appearance.

Similarly, most people have very little knowledge of the Swedish singer and her love life. So who is this beautiful young lady who is believed to have succeeded in stealing the heart of one of the most handsome men in Hollywood? You too must be curious and confused regarding the nature of her relationship with the beloved Hollywood star. Here we present you all the information on the matter to clarify your confusion.

A Little About Snoh Aalegra

Snoh Aalegra was born on 13 September 1987, in Uppsala, Sweden. Her birth name is Shahrzadi Fooladi but after she started gaining popularity, she decided to use Snoh Aalegra as the stage name. She was raised in Enköping, Sweden by her Persian parents from Iran.

Snoh signed with Sony Music Sweden at the age of 13 and started working with producers on her voice and sound at the studio. But she later left Sony Sweden without releasing single music under the label. She soon rose to fame with some of her prominent songs being Sometimes, I Want You Around and Fool For You.

She was Good Friends with Prince!!!

It might be surprising to learn that Snoh had a close friendship with the legendary American pop singer and musician Prince. Prince had discovered Snoh online and reached out to connect with her to aid in her music career. The music legend told her he loved her voice and that she had a future in it. Snoh was overwhelmed by his appreciation and Prince even expressed his intention to work with her!

During the final years of his life, Prince mentored her and helped with her music and art of performing. This developed a very close friendship between the two which even lasted towards the end of his days. Besides that, she says that Prince is the main inspiration in her life and she has incorporated his aura into her music and stage performance.

Are Michael and Snoh Aalegra Dating?

The only significant relationship Snoh had was the friendship with Prince. There are no public details to date on the information related to her past boyfriends and her dating history.

Michael and Snoh are seen kissing in the video
Image Source: Us Weekly

But nowadays rumors have begun to emerge that Michael B. Jordan and Snoh are dating. The question arises here, is Snoh Aalegra dating Michael? They have not officially announced their relationship yet; that is if they are dating but the recent release of the music video Whoa by the Swedish singer seems to support the rumors.

Likewise, Michael makes an appearance in the video and the two are also seen kissing in some of the video scenes. So from observation of their intimacy in the video, it is apparent that the two are probably in a relationship.

Their Love Life Is Only Rumors?

Even the famous American actress Tiffany Haddish was also seen commenting on Snoh’s Instagram post with pictures of the two in the video.

What’s more! these two make a lovely couple and are perfect for each other. We may see them openly express their relationship together to the public in the coming future.

Don’t miss out: Is Nina Dobrev Dating Shaun White? Know Her Dating Rumors And Past Affairs!

Well, let’s add another fact to this duo’s love life! Following the release of Whoa!, Jordan has been to an interview where the correspondent Chelsie Kryst asked about what he felt about Snoh. There, he revealed that Aalegra was an awesome person and that he’s a big fan of hers.

Just happened to be in Berlin. I was shooting a movie out there, just wrapped. I actually just came back yesterday. She was out there shooting a music video and we made it happen.

In addition, when Kryst asked about his experience working with Aalegra, he revealed that she was a true artist and it was good working with her.