Fedor Emelianenko Married Thrice; Who is His Wife Now? 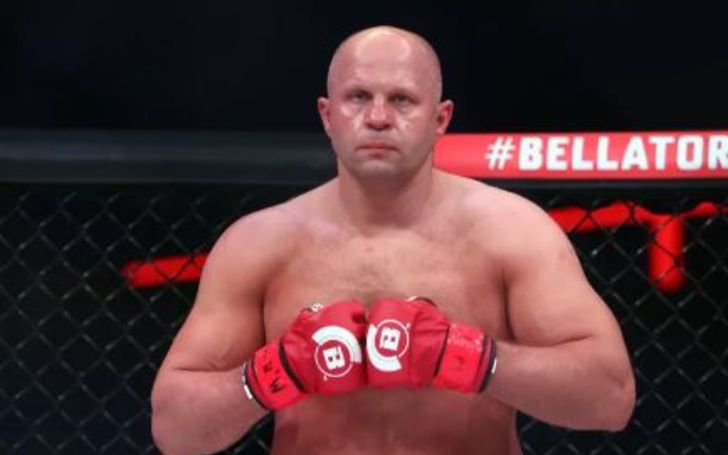 MMA remains one of the most beloved sports as of 2019. With several heart-pumping matches, fans are sure to get an adrenaline rush every time a perfect hook connects or a kick presses down the opponent.

The world of MMA has introduced several fighters to the world. Some get the ultimate limelight in their initial years and fade away as time goes by. But, not Fedor Emelianenko. He is someone that still gets respected by the MMA participants be it fighters, managers, or spectators.

A Peek Into Fedor’s Personal Life

Fedor explored his love and marital relationships with three partners over the years. His first and foremost marriage dates back to 1999. The guy married his longtime girlfriend Oksana.

The duo had known each other from their school days which gave them enough time to get accustomed to each other. They shared their company for seven long years and decided to part ways in 2006. They share a daughter, Masha Emelianenko.

With his high-school gone, the fighter added a new girl to his romantic timeline. She is none other than Marina whom he married later on. They publicly complimented each other on parties and were spotted cuddling in private.

The couple welcomed their third member, a daughter named Vasilisa Emelianenko on the 29th of December, 2007. With a girl to strengthen their parenting bonds, the duo decided to tie their holy knot in October of 2009. Two years later in July, the lovebirds were blessed with another kid, a lovely daughter named Elizaveta Emelianenko.

Fedor and his second wife stayed together for four lovely years and sadly got divorced in 2014. The reasons for their crumbling marriage are not known to this day and both the partners refrain from disclosing the matter with the public.

“What goes around comes around”. Such became the case for Fedor’s first marriage. As surprising as it may sound, the MMA fighter remarried his first wife Oksana in 2014. They exchanged their vows in the Russian Orthodox Church located at Stary Oskol. To date, they are still together.

How much Does the Fighter Earn?

Fedor Emelianenko boasts a total net worth of $18 million. But, on 2012, he only had around $10 million as his total fortune. He is currently active as a politician and is a celebrated former MMA athlete.

The main contribution to his wealth comes from his years of serving as a mixed martial arts artist and champions he pocketed during the time. Some of his highest-paid fights include his brawl against Maldonado(earned $2,000,000) and the Rizin World Grand Prix 2015 final(earned $2,200,000).

Fedor’s career ascent started from his 2003 fight against Brazil’s Antonio Rodrigo Nogueira. He beat his opponent and grabbed the title of second-ever Pride Heavyweight Champion.

The 6 feet athlete won his first World Alliance of MMA Heavyweight Championship title in 2008, after knocking down his opponent ex-UFC Champ Tim Sylvia under a minute of the start of the game.

From there, the reign of Fedor started making him one of the most renowned mixed martial artists of the generation. He remained undefeated for almost a decade and won countless tournaments and accolades during that time.

The Ukranian-born athlete grabbed the Pride 2004 Grand Prix and also the World Combat Sambo championship. Often remembered as The Last Emperor in the boxing ring, the guy also received a gold medal during the Russian national Judo championship.

The genius among the athletes announced his retirement from the sport in June of 2012. On his journey, he got supported by major publications which included big names like Sports Illustrated, USA Today, and Sherdog.com. He contributed to the sport afterward as a President of the Russian MMA Union.

Also, See: How did Bryce Drummond Come to Fame?

The ex- fearsome fighter had already started his political journey from October of 2010. He started as the deputy of the Belgorod Regional Duma under the political party named United Russia.

The Russian-bred fighter served under the post for five years and moved on to replace the Russian Prime Minister Dmitry Medvedev to grab the position of Russia’s Council of Physical Fitness and Sports on the 28th of July, 2012.

Fedor returned to the arena on the 14th of July, 2015 after a three years hiatus. He maintained a record of 5 wins and 2 losses until his retirement just days before the end of 2019. In his final match against the Quinton “Rampage” Jackson, Fedor won by TKO at the Saitama Super Arena, Japan. The match was just 2 minutes and 44 seconds long and ended in the first round.