Priyanka Chopra Jonas’ Fourth Wax Statue Ready At Madame Tussauds; As Glamourous As It Can Get 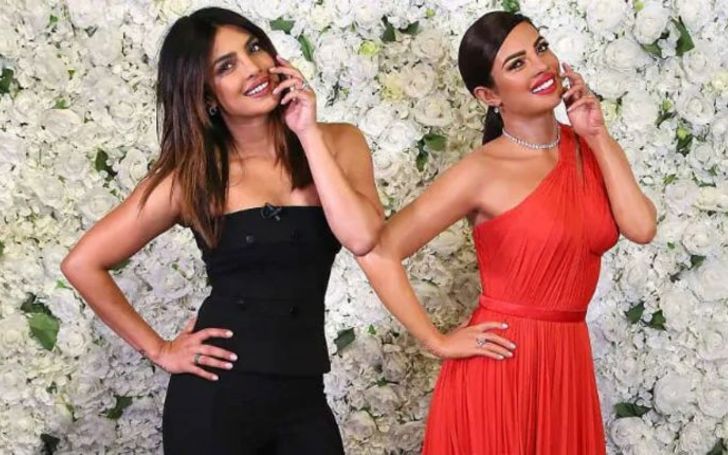 The Exotic singer, Priyanka Chopra Jonas joins in a long list of Indian celebs who have had a wax model at the Madame Tussauds Museum in New York. But, this is not all, it’s her fourth wax statue.

Nick Jonas‘ newly married wife Priyanka Chopra has made it loud and clear that she is one of the most iconic figures in not just Bollywood but also in Hollywood.

Not too long after her marriage with her boyfriend, Madame Tussauds decided to make Chopra’s statue as latest as possible. Hence, they carved a wax statue of hers that included an engagement ring on her ring finger.

The Quantico star clicked a selfie of her with her new statue and shared it on her socials. She captioned the photo,

Me when I saw my new wax figure at Madame Tussauds in NYC.

Have a look at the photo!

As we can all see, Priyanka Chopra is clad in a red gown with her hairs tied in a ponytail. Stunning, isn’t it?

Well, the statue will also be available in four locations including the UK, Asia, Australian, and the USA.

Recently, while appearing on The Tonight Show Starring Jimmy Fallon, the Baywatch antagonist admitted that adding ‘Jonas’ to her last name was one of the most important things to do as a married couple.

The gravity of it, it’s like a big deal! I didn’t realize it was that much of a big deal until I did it

As lovebirds and married partners, Priyanka had always thought about getting Jonas’ surname; a mandatory ritual to be followed by the Hindus.

Well, the pair who married on November 29 had a three-day wedding celebration. After their wedding, the duo is living quite happy together.