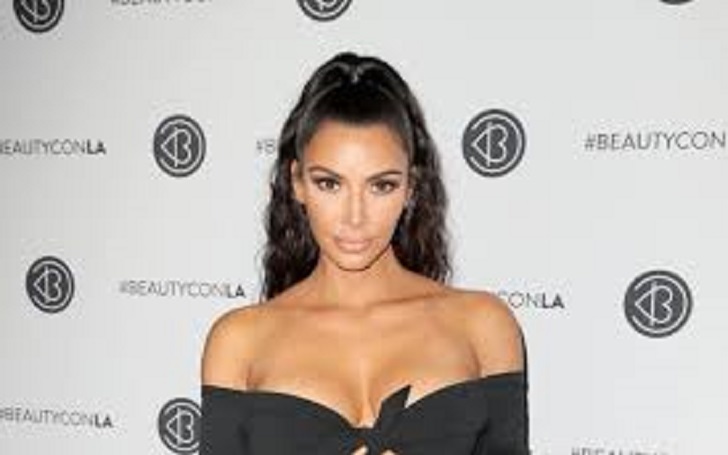 1 Controversy On Her Tanned Face

This is the latest controversial tweet by Kim, it has been said that she has tanned her face in a photo shoot and posted it on her twitter account. After releasing that photo, she got a blackface accusation. Later on, she deleted the original tweet but shared again later. Now, it is the profile picture of her twitter.

Many of her Twitter fan and followers defies her dark face that she was trying to sell her makeup product while others blamed it to the lighting of the photo shoot. She said to defend this controversy ‘I was really tan when shot the image.’

In this latest news, she shared a cute photo of her son (SAINT WEST) in the backseat of a car; it was criticized by real concerned moms, who argued to place her son in the rear-facing car. Saint is an 18-month-old son of Kim Kardashian. The image took fierce debate of California law that requires children to be two year’s old to sit at the rear-face seat.

“Can this woman not post anything without getting criticized? Mind your own business.”

“The child should be secured in a manners that complies with height and weight limits specified by the manufacture of the car seat.”

“I will come for you.” Kim threatens Caitlyn (stepfather), this two are so close to each other.

Their close relationship has been damaged and with KIM clashing with Caitlyn Jenner in the latest episode of keeping up with the Kardashian.

See: Kendall Jenner Unsafe: Is It Because Of Kim’s Gunpoint Incident?

“I’m going to read it and tell you honestly… talk bad about my mom, I come for you.”

Kim tweeted about the Manchester terror attack, which made her found at the center of the controversy with the attraction of many people in negative attention. After too much negative attention she deleted that tweet.

Kim posted on Instagram to promote a prescription drug called Diclegis, which fights for morning sickness. People get pissed off with her for intense criticism for failing to include disclaimers for drugs.

This is how a Twitter user reacts on this promo:

“Is she promoting these pills because find them helpful-or is she doing these post simply to cash in?”

Subscribe our portal and get the latest update on Kim Kardashian news and story.