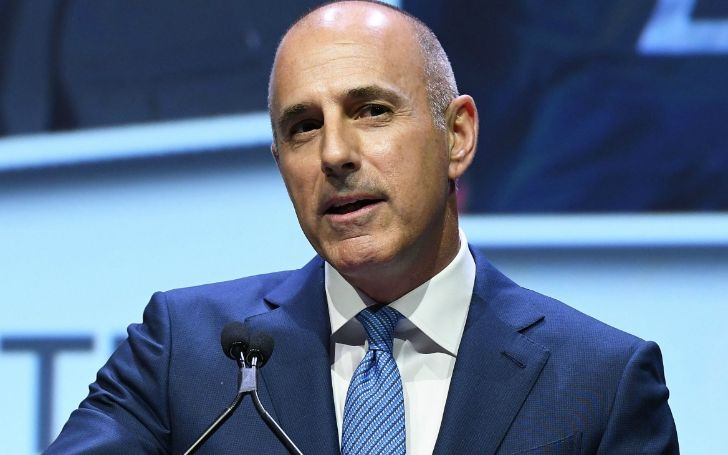 Several allegations of inappropriate sexual conduct accused of Matt Lauer, a famous American TV host, has vaguely affected his professional as well as his personal life. The accusation of sexual assault towards a female colleague has cost him not only his job but also his family. Many people are also curious about Matt Lauer’s married life.

After two decades of legacy, The Today Show cut short Matt Lauer in November 2017. The accusations have since been supported by other female colleagues whose identities remain secret. Have the sexual allegations affected Matt Lauer’s married life? Has his wife filed for a divorce after the allegations? People are much eager to know, so let’s explore the details:

On December 30, 1957, Matt Lauer was born to parents Marilyn Lauer and Jay Robert Lauer in New York. Matt’s present age is 60 years old. He belongs of Romanian Jewish descent. He holds American citizenship. His parents had divorced during his youth. 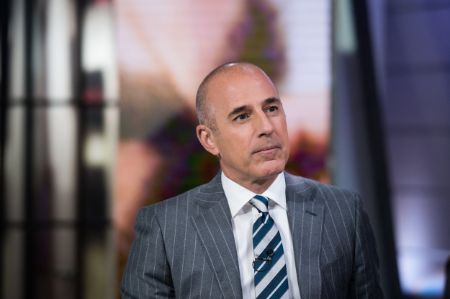 Lauer received his high school education from Greenwich High School in Connecticut. He was a drop out of Ohio University in 1979. Later, he rejoined and received a degree in 1997.

The gossip head, Matt Lauer has been married twice. His first wife, Nancy Alspaugh was a TV producer. Matt Lauer married Nancy in 1982, however, after seven years of the marriage relationship, the couple ended up divorcing each other. 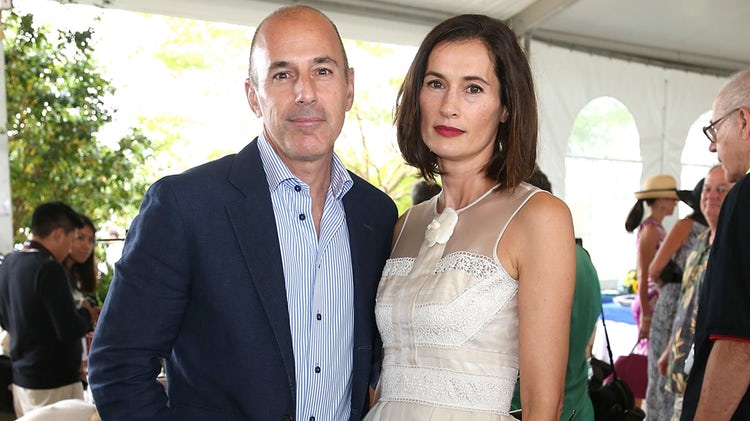 Matt Lauer with his wife, Annette Roque at an event together
Image Source: Closer Weekly

Besides an illustrious career which Lauer built over the years, his inappropriate sexual misconduct has also cost him his marriage of nearly 20 years. He was first spotted without his wedding band in December 2017, a few weeks after he was fired from his job at NBC.

The recent controversies have brought problems in his married life. It looks like the couple is about to divorce. Even in 2006, Matt Lauer’s’ wife, Annette Roque wanted a divorce, after the same kind of mishaps he created.

Lauer never had a perfect marriage, even though he always tries to put up a “perfect dad” appearance. But now it seems almost impossible to save his marriage after the recent incidents. We will let you informed if anything related to their divorce happens, so stay tuned.

Matt Lauer has no children from his first wife. But he shares three children with his now-wife, Annette Roque. 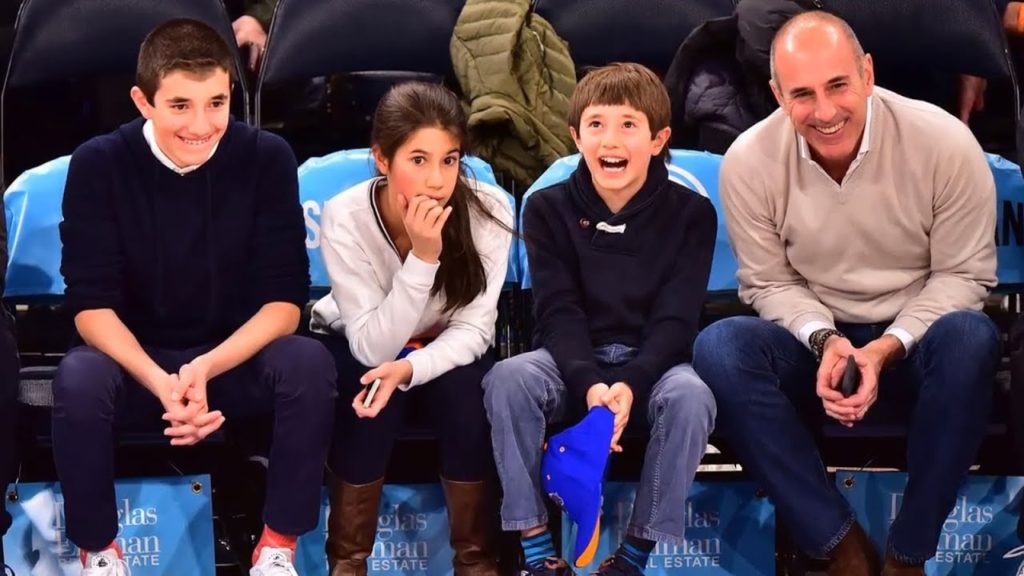 Matt Lauer and his children are enjoying the Knicks game
Image Source: YouTube

He has two sons and a daughter. Jack Mattew, the first son, was born in 2001. Two years later in 2003, they had their second child, a daughter named Romy. The couple welcomed their last child, a son named Thijs in 2006.

You may like: Amy Reinke Smith’s Married Life And Net Worth

No wonder Matt tries his best to be a great father to his kids. He often spends his leisure time with his three children.

After dropping the school, Lauer worked as the producer of the daytime news at WOWK-TV in Huntington, West Virginia in 1979. Lauer also attended as the on-air correspondent for the evening and night newscasts. 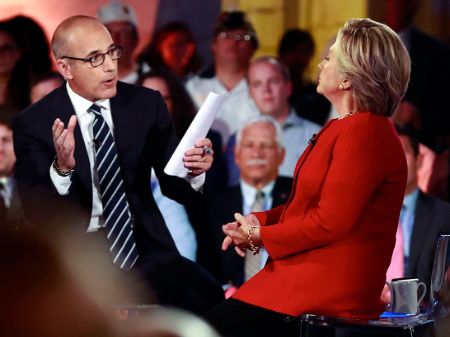 Matt Lauer hosted the TV series PM Magazine in Providence. He was at WNEW-TV in New York from 1984 to 1986. He also presented Talk of the Town on Boston’s WNEV-TV. Matt was at WWOR-TV in Secaucus, New Jersey for three years.

Don’t miss out: Is Ally Hardesty Dating Someone After The Split With Her Ex-Boyfriend?

His journey with the NBC network began in 1992 when he served as co-anchor of WNBC’s morning news and entertainment show Today in New York. In 1994, Lauer joined The Today Show where his co-anchor, Katie Couric accompanied Matt. After Couric left in 2006, Lauer worked with Meredith Vieira as co-anchor followed by Ann Curry and lastly with Savannah Guthrie.

Despite having a breakdown in his career, Matt Lauer was one of the most successful hosts. He had earned plenty of money during his career on The Today Show. More recently, Matt Lauer sold his Upper East Side Apartment for $7 million. Here is the video. Check it out

According to Celebrity Net Worth, Matt Lauer’s net worth is estimated to be around $80 million. He used to earn $17 million per annum in 2011 and received a sizeable salary of $25 million annually on NBC’s The Today Show.

After his dishonorable acts, his legal team has been working tirelessly to get him a $30 million payout. Besides that, he is also quite active on Instagram with 1,926 followers. Matt Lauer used to have a Twitter account before sexual harassment allegations.