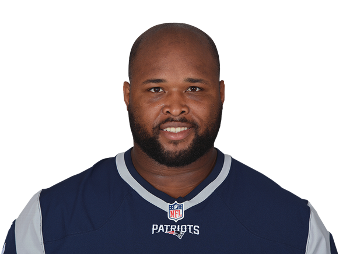 If you are a football enthusiast then you want your player to run as hard as they can, give you a result worth the money spent on the player. Yeah, these days, there is no patience in football(NFL), and New England Patriots Marcus Cannon couldn’t get away from being part of such controversy.

When Patriots drafted Marcus in 2011, he wasn’t an instant hit. After playing a bit part role and taking an opportunity when it rises, now it seems he is fulfilling early potential as Marcus Cannon played a key role to win historic fifth Super Bowl title for ‘New England Patriots.’

As for 2015 NFL season, it was a complete disaster for Marcus Cannon. For a season full of injury and few chances, the season gets even worse as New England Patriot lost to Denver’s in AFC championship games. Cannon gave worst performance of his profession as Von Miller runs past him again and again to cause Havoc.

The match was far from free-scoring as two teams locked horn till last minute but there’s only one winner as Denver get past Patriot with 20-18, and they go on to win Super Bowl title.

After a disappointing and all time low 2015 season, many eyes were raised if Canon can succeed with Patriots, a team full of superstars.

A look back at Marcus Cannon College Football

In 2016 season, Canon made a bright start as he replaced injured Sebastian Vollmer at right tackle. Cannon came up with significant improvement and consistent performance throughout the season as he became key to the team that goes on to win Super Bowl title with an unbelievable final.

Marcus played college football at Texas Christian University. As for the need of the team he used to play either left or right position of offensive tackle.

If we look at college stats, he has quite impressive stats. In 2009 Cannon didn’t give a single sack whole year. Furthermore, in 2010, he was part of the team that gave away 9 sack all year.

Of 15 games played by Marcus Cannon in playoffs, Patriots lost 4 of them with winning rest.

Cannon rewarded with an improved contract!

Back in 2012, NFL player Marcus got married to Alyssa L. Brooks who went to the same college as Marcus. Having living happily with healthy married life the couple shares two beautiful children together; Mady and Marcus.

Every story has an inspiration; it is believed Marcus Cannon improved performance that leads to super bowl win is up to his beautiful wife.

Marcus Cannon is far from a complete product as Cannon has a long way to go in order join NFL elites. With all the potential Cannon have and a little bit of luck with injuries, we have something special in the making. We wish Cannon best of luck for his future career, hope we get to see another beautiful comeback like the miracle in 2017 Super Bowl.