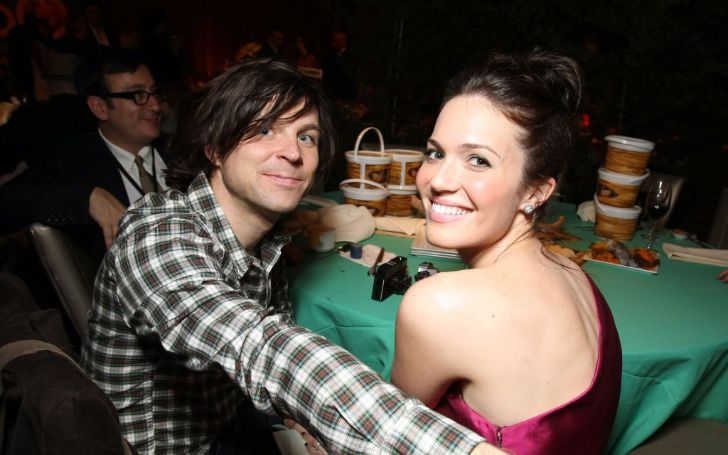 Mandy Moore further speaks out on social media after a Wednesday story on the New York Times where Moore and six other women collectively made public allegations of manipulative behavior and emotional abuse on musician and Moore’s ex-husband Ryan Adams.

After the article was published, Moore went ahead to speak out and support the victims on the social platform through an Instagram post where she posted an unsmiling photo with a caption:

Speaking your truth can be painful and triggering but it’s always worth it. My heart is with all women who have suffered any sort of trauma or abuse. You are seen and heard. #sisterhoodforever.

The 34-year-old additionally claimed Adams whom she met in 2007 when she was just 23 years old,  “discouraged” her to work with other producers and managers and even managed to derail her music career then.

According to This is US star, the musician wrote songs with her but would eventually “replace her with other female artists” when it came time to record the tracks.

In addition, the actress also claimed he was  “psychologically abusive” and belittled her musical abilities.

He would always tell me, ‘You’re not a real musician, because you don’t play an instrument. His controlling behavior essentially did block my ability to make new connections in the industry during a very pivotal and potentially lucrative time — my entire mid-to-late 20s.

Since then, seven women came forward with claims of various incidents of alleged manipulation, psychological abuse against the record producer Adams including using career opportunities in exchange for sex.

Others who came forward with their stories to the Times included Adams’ ex-fiancée, Meghan Butterworth, artist Courtney Jaye, singer-songwriter Phoebe Bridgers and a woman named Ava who claimed their online relationship began when she was just 14 where the 44-year-old musician exposed himself to her over Skype.

Meanwhile, after the article on Times went viral Adams tweeted, “I am not a perfect man and I have made many mistakes. To anyone I have ever hurt, however unintentionally, I apologize deeply and unreservedly.”

Additionally, the musician claimed the information on the article was fabricated and false to some extent.

But the picture that this article paints is upsettingly inaccurate. Some of its details are misrepresented; some are exaggerated; some are outright false. I would never have inappropriate interactions with someone I thought was underage. Period.

Furthermore, Adams denied Moore’s claims via his lawyer, saying her “characterization” of their relationship is “completely inconsistent with his view.”

The article on The NewYork Times addresses the manipulative and psychologically abusive behavior of the musician to the actress during the start of her career.