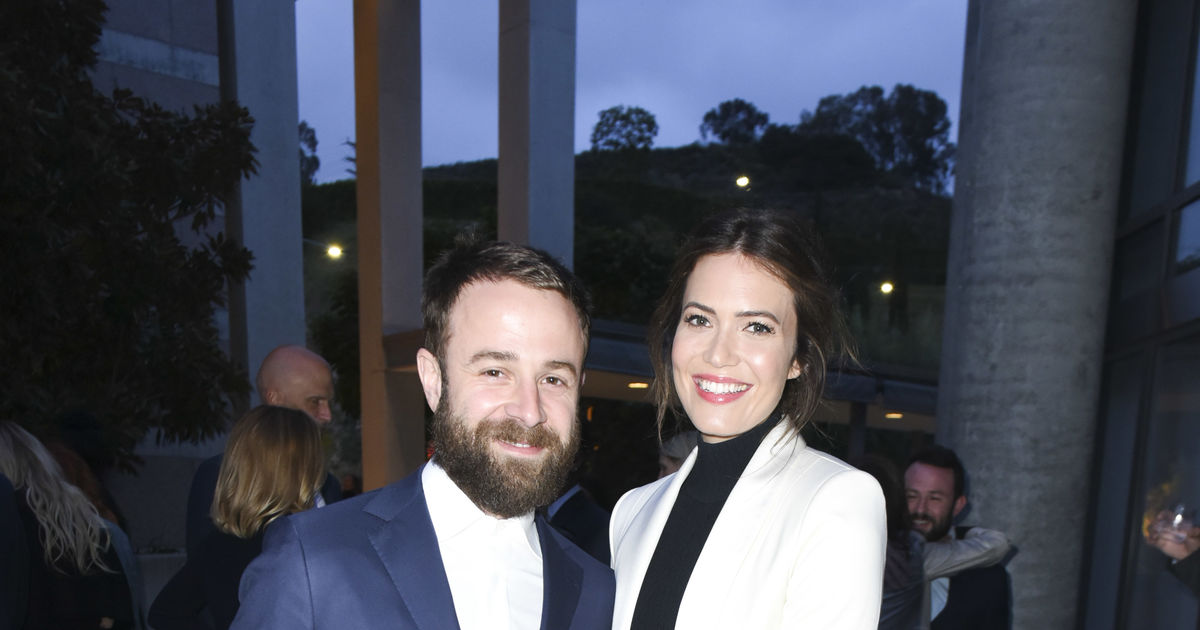 Mandy Moore has tied the knot!

Get Detail About Their Wedding

The “This Is Us” star, 34, exchanged the wedding vows with the Dawes lead singer Taylor Goldsmith, 33, at their intimate boho-style backyard wedding in front of family and close friends at her Los Angeles home on Sunday afternoon.

Mandy had previously hinted that her wedding wouldn’t be an over-the-top affair. The attendees were limited to only 50, including the guests Minka Kelly, Milo Ventimiglia, Wilmer Valderrama, and Sterling K. Brown.

See More: Who Is Kijafa Vick Married To?

The newly announced husband and wife continued the celebrations at The Fig House after they exchanged their ‘I do.’ They smiled broadly together in a photograph that Mandy shared on her Instagram on Monday.

Ironically, the couple met on the social media platform three years ago. So, the post on Instagram couldn’t have been a more appropriate way to announce their wedding.

The bride didn’t disclose the nuptial details, but she captioned the black and white image with the date of their special wedding: “11.18.18.”

The look of the wedding was “very boho,” which included “rugs on the floor surrounding the altar. The flower arrangements were beautiful with lots of large feathers.”

There was no formal dinner, but there were a “number of food stations around the venue, including meat, chicken, vegetarian, raw food, flat-bread, cheese and charcuterie and more.” The catering was all provided by Room Forty.

The groom, Taylor, took a moment away from the dance floor and performed at the reception, along with Jonathan Rice, Blake Mills, Lenny Goldsmith, and Jackson Brown.

The Tangled star had previously hinted that her wedding would be low key and under-the-radar. She had told E! News:

“It’s not going to be some lavish affair, it’s maybe something that isn’t going to require as much planning or at least that’s what I’m telling myself.”

“I picked a funny profession for someone who doesn’t like all the attention focused on them so I’ve already done my girls weekend.”

More About Their Life

Taylor had proposed to Mandy after dating her for over two years in September 2017.

Discover: Find Out the Divorce of Sharon Mobley Stow;

As for the talks of expanding the family, the pair hopes to become parents. Being a mother to kids is something that Mandy looks forward to playing.

It’d be no surprise if Mandy gets pregnant with their child within the upcoming three months. But they might have planned something better that’d be best for them as “parents” and to their future kids as well.

“(Being a mother) is a role I’ve always looked forward to playing in life one day,” she told CNN. “I feel like I get to have glimpses of it and live vicariously through my role and through work every day, but I have always just had a soft spot for anything having to do with kids.”

Mandy Moore previously married singer Ryan Adams for six years from the year 2009 to 2015. She had filed for divorce in January 2015, citing the split as ‘respectful, amicable parting of ways.’

However, it’s the first wedding experience for the groom, Taylor. Hopefully, he’ll not let his wife down and keeps her happy forever.

Congratulations to the newly married couple and here’s to many years of happiness and joy as husband and wife.

Mandy Moore and love of her life Taylor Goldsmith are married for nine months now. The duo have been in a romantic relationship since early 2015. On 2nd July 2019, Mandy shared a kissing picture of her with Goldsmith on Instagram while traveling to Paris.

On 25 July 2019, The queen of throwback photos opens up how she powers her evolution to Popsugar Play. The source had her look back at some of her best snaps over the years. She explained through everything from that time she opened for NSYNC on tour.to one of her initial movie roles in The Princess Diaries opposite Anne Hathaway and Julie Andrews.