Muhammad Ali’s Daughter Laila Ali Is Happily Married To Her Second Husband: Know Her Wiki Facts And Net worth 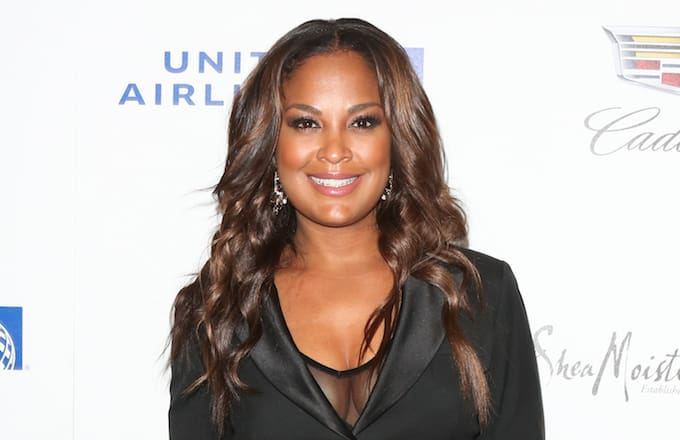 Isn’t it hard to fit into your parent’s shoes? It is indeed. People repeatedly disparage you for not being able to lift up their expectations like your parents. Nevertheless, some people have succeeded to do so.

When we talk about boxing, legendary boxer Muhammad Ali comes to the forefront. Even if he is not alive his daughter, Laila Ali continues his legacy. The American former professional boxer Laila Ali is the daughter of Muhammad Ali and his third wife, Veronica Porché Ali.

Starting her career in 1999, she retired undefeated in 2007, playing 24 matches and winning all. Within a short span of a career, Laila bagged multiple awards and accolades for her boxing skills. After her retirement from boxing, she is active as a television personality. But what about Laila Ali married life? And who is Laila Ali husband?

Also, you must be keen to know Laila Ali net worth. On deck, we’ll be exploring Laila Ali wiki facts, bio, husband, children, net worth, age, height, parents, and family.

Everyone faces emotional turmoil in life. Mishaps in life don’t discern people regarding their sex, color, class and other disparaging aspects. So did Laila Ali. Despite experiencing a failed marriage, in the end, she found the light in her second husband.

Laila is married tied the knot with her husband, Curtis Conway, on July 23, 2007, in Los Angeles. Her husband is a former NFL player. They didn’t date each other for long. As Laila was going through the aftermath of divorce from her first husband, she found her now-husband, Curtis, and fell in love with him.

Previously, Laila Ali was married Johnny “Yahya” McClain in 2000. Her ex-husband was her former manager too. Nevertheless, in late 2005, they divorced, and he quit managing her.

Laila Ali now shares a blissful marital life with her husband. To the date, we have not heard any rumors of divorce or extra-marital affairs. Hence, we wish to see the two sports lovers grow old together.

Together with her husband, Curtis, Laila has two children. She gave birth to her son named Curtis Muhammad Conway, Jr. on August 26, 2008. The couple welcomed their daughter, Sydney Jurldine Conway on April 4, 2011. However, her husband, Curtis has three children from his previous relationship. Therefore, she is the stepmother to his twin sons, Cameron and Kelton, and daughter Leilani.

Read more: Tayla Damir Has Split With Her Love Island Boyfriend: Is She Dating A New Partner?

Concerning her achievements, Laila won the WBC, WIBA, IWBF and IBA female super middleweight titles, and the IWBF light heavyweight title. But what’s the figure of Laila Ali net worth?

Her first boxing match was in 1999 against April Fowler at the Turning Stone Resort & Casino. A mass gathered to watch Muhammad Ali’s daughter fight. She won her second match against Shadina Pennybaker. She earned eight wins in a row.

On June 8, 2001, Laila won the match counter to Joe Frazier‘s daughter, Jackie Frazier-Lyde, the first main-event pay-per-view match between two women. Eventually, her last professional fight was opposite O’Neil which she won with a technical knockout in 2007.

In 2000, Laila Ali appeared in an episode of The Jersey. Furthermore, she appeared in the music video Deny in 2002. Moreover, she participated in the American version Dancing with the Stars. Furthermore, Laila also appeared on the NBC show Celebrity Family Feud (Roker) and worked as a correspondent on The Early Show.

Likewise, in 2012, she did Kohl’s commercial with a tagline “I box to win; I shop to win.” Other than that, she took part in the  NBC celebrity reality competition series called Stars Earn Stripes. In 2013, she appeared on the NBC reality series The Biggest Loser and E! talk show Fashion Police.

Read more: Who Is Mahershala Ali Married to?

Further, she also participated in an episode of Celebrity Wife Swap and Chopped: All-Stars. Later in September 2013, Laila started hosting a CBS show called All In with Laila Ali. The following year in 2014, Laila appeared in the movie Falcon Rising.

At the moment, she is busy in her own fitness and lifestyle brand. Her brand talks about empowerment, replenishing your health, your mindset, and also your purpose. She has her own guide called, the 7-Day Detox where you’ll learn about the ways to detox your body.

Laila Amaria Ali was born in 1977 to her parents Muhammad Ali and Veronica Porché Ali in Miami, Florida. She acquired a degree in business management from Santa Monica College. She has eight siblings altogether.

Laila celebrates her birthday on December 3o and her current age is 40, actually a soon to be 41. She is American and belongs to African-American ethnicity.

The unstoppable boxer Laila has a height of 5 feet 10 inches.