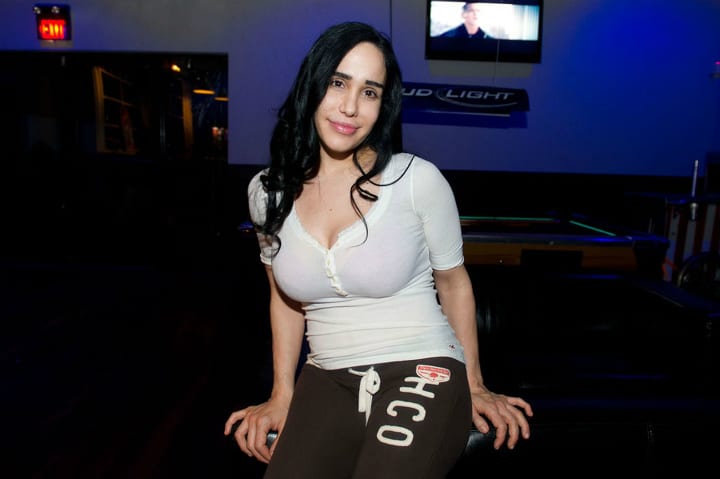 Octomom Nadya Suleman made headlines in January 2009 when she delivered eight children at once. Since then, she has been a media figure who always wanted to raise a big family. Her struggle with pregnancy, taking the help of modern medicine and undergoing IVF treatment was very complicated. However, it made her famous worldwide as well.

It is almost ten years since Nadya gave birth to octuplets. After welcoming her eight kids, Nadya became Octomom and gained recognition when the world caught her story. Following the birth of her eight children, Nadya appeared on television and even made an adult film.

Nadya Suleman opened up about her life today and reflected on the person she was during the intense media spotlight. As a matter of fact, she already had six children before her octuplets. Hence, she is the mother of 14 children.

Who is Nadya Suleman Husband?

Nadya Suleman exchanged her wedding vows with Marcos Gutierrez in the year 1996. However, the duo separated four years later in the year 2000. Her now ex-husband, Marcos filed for divorce in November 2006, which was finalized in January 2008.

In an interview with Inside Edition, Nadya Suleman husband, Marcos explained their divorce was due to failed attempts to have children. Nadya was desperate and wanted to try in-vitro fertilization but Marcos disliked the idea of “test tube babies”. As a result, she did not agree to take part in the procedure.

Marcos said he is not the father of any of Nadya’s children and that he wishes his ex-wife the best.

Even after having six kids, Nadya continued her IVF treatment. In fact, during her sixth pregnancy, Dr. Michael transferred twelve embryos-departing from the medical standard. These led Nadya to be pregnant with eight babies, and Dr. Michael revoked his medical license.

So, what are the names of those 14 children of Suleman? Actually, 10 of her children are sons while the remaining 4 are daughters. If you wanna know the names of all children, here they are.

Read More: Who Is Aimee Hall From ‘MTV Floribama Shore’? Every Detail From Her Age To Family On Wiki Facts; Also Explore On Aimee Hall Dating Life And Her Net Worth!

Furthermore, Nadya appeared in the adult film Octomom Home Alone. She even worked as an adult entertainer dancing in men’s club and also released a single called Sexy Party with Adam Barta. Moreover, she participated in the launch of a debate site, Deeyoon.com, doing an online debate on parenting with Michael Lohan.

Her earnings come from her appearances in the television shows and working in the clubs or releasing singles. But what’s the figure of Nadya Suleman net worth?

Nadya Suleman was born on 11 July 1975 in Fullerton, California, USA. Therefore, Nadya is 43 years of age.

Nadya was born to her parents, Edward Suleman and Angela Suleman. Her father retired from an Iraq Army and is currently working as a driver and a translator to raise the family. Her mother worked as a teacher in high school but now takes care of Nadya’s 14 children.

Nadya has an average height as her height measures 5 feet 6 inches.