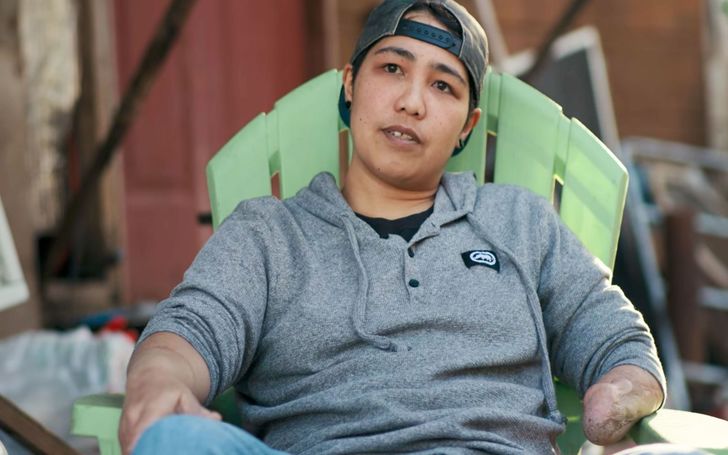 Kelci ”Saff” Saffery was the only one who is considered as the sane one with common sense by the viewers who watched the crazy Netflix’s documentary aka Tiger King. But, what do we know about him?

Saffery was undoubtedly one of the main characters that made Tiger King worth watching for the audience to discover more about the crazy world of Joe Exotic and the dark world of zoo owners in America. However, there isn’t much difference between the Saff we watched on the show and the Saff IRL.

From what everyone watched Kelci ”Saff” Saffery was one of the long-term and loyal employees at Joe Exotic’s zoo. Even after having his arms attacked by the tigers, Saffery chose to return to the zoo instead of staying at the hospital and have his arms amputated.

Not only does that imply the love Saff has for wildlife animals but also manifests the strong and fearless quality of him. But, how did Kelci ended up working there? The history of Saff is really one of a kind, to say the least.

Speaking of which, Saff previously worked for the US Armed Forced. Yes, he was in the army and was deployed in Afghanistan and Iraq. And, after finishing his service, the veteran decided to work for Joe Exotic zoo. Other than that, Saff’s ethnicity is Hawaiian as he hails from Hawaii and later moved to Flo Rida.

Kelci ”Saff” Saffery is openly trans and prefers to be called with the pronoun of him or he. Although his name is Kelci, he doesn’t mind being called Saff, a name he earned while he was in the army.

Many of the viewers including Tiger Ting’s team confused Saff as a woman. Saff, however, held positive views that the show having misgendered him will bring awareness about the trans people in the LGBTQ community.

In addition, Saff also claims, he has the full support of his family in the path of his true identity as a transgender man. And, currently, he is in Los Angeles after he left Oklahoma prior to leaving Flo Rida.