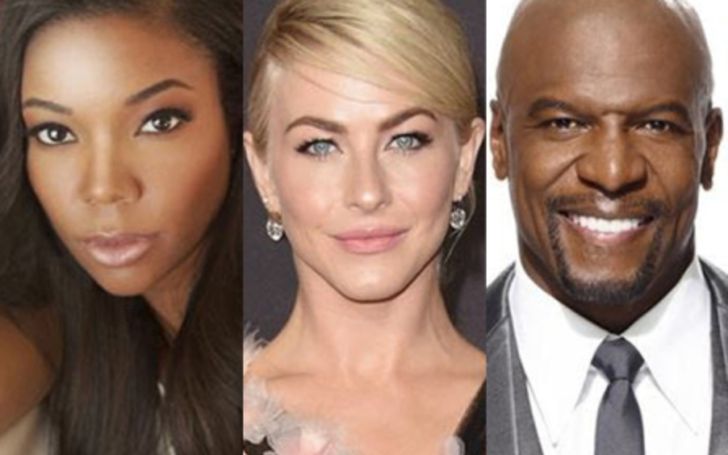 Mel B and Heidi Klum are exiting the American talent show, America’s Got Talent. And, in place, Julianne Hough and Gabrielle Union are taking charges as the new judges!

AGT has updated its judges in the season 14 of the show. According to the sources, on Monday, February 11, 2019, AGT appointed Julianne Hough and Gabrielle Union as the new judges.

Mel B and Heidi Klum will not be a part of the show from now on. Heidi started out as a judge in March 2013 for the 8th season. While for Mel B, NBC announced her seating in the judging panel on February 20, 2013.

YouTube: Heidi Klum and Mel B are out of AGT

As for the other judges, Howie Mandel, and Simon Cowell, they are set to return to the new chapter of the AGT talent show.

This is not all. Terry Crews will also be the new full-time host of the AGT. He came in place of Tyra Banks who left the show in December 2018.

NBC’s Comments on The AGT Shake-Up

For appointing Julianne and Gabrielle, NBC Entertainment told in a statement,

One of the many secrets to the success and longevity of America’s Got Talent is its fearless drive to reinvent itself.

The next evolution of the format brings in fresh expert eyes to join Simon and Howie on the panel.

While talking about Gabrielle and Julianne’s aspirational business ethics and their talent-filled discipline, Ahr continued,

I am excited to see how their knowledge, compassion and sheer joy enhance the experience for acts and viewers alike.

As their partner in crime, host Terry Crews will continue to light up the stage with his quick wit and unending charm.

The news of Julianne and Gabrielle’s appointment comes after Tyra Banks left the show to focus on her own projects.

The new season of America’s Got Talent’s premiere date is yet to be announced.