Jack Posobiec Married With A Son; Wife, Children & Net Worth 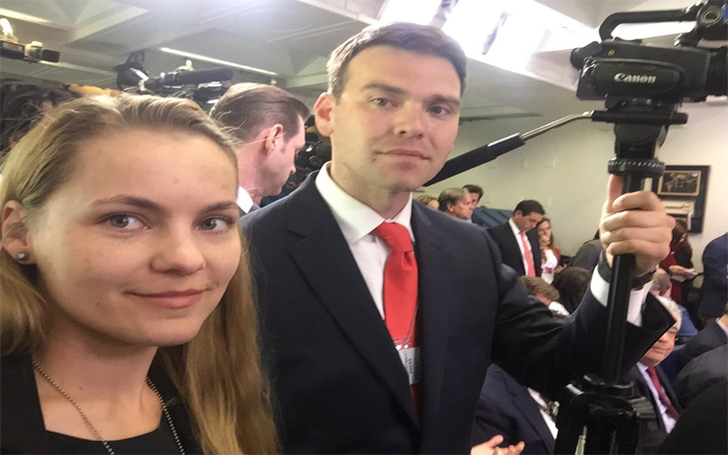 Jack Posobiec is one of the prominent conservative political commentators in America. Posobiec is also highly known for being a big supporter of President Donald Trump. He is currently involved with One America News Network (OANN).

But, what else do you know about Jack Posobiec’s personal life considering that his career is like an open book? Here’s what you need to know about the conspiracy theorist

Jack Posobiec Is Married With A Son

OANN’s news reporter Jack Posobiec shares a blissful married life with his wife, Tanya Tay Posobiec whom he met in 2015 during a bible study program. The two instantly fell in love and entered a courtship.

Both Jack and his fiancee turned wife are devout Christian and take religion seriously with a strong faith in God. Then in November 2017, Jack and Tanya walked down the aisle at their outdoor ceremony where they both donned in matching white uniforms.

Jack actually wore his old navy uniforms while his bride wore a white dress. The couple also shares a son, born in May 2018. Their child’s pictures can be found on Posobiec’s Instagram.

Claiming to be a republican, Jack Posobiec has been always vocal about his political opinion. But, his political stances has caused him problems at the former companies he worked at. Thus he left those works and later decided to join OANN to become a political commentator.

In addition, Posobiec used to serve in Sanghai China for the United States Chamber of Commerce, WPHT, and as a civilian at Office of Naval Intelligence. He is also a former employee at the Rebel News.