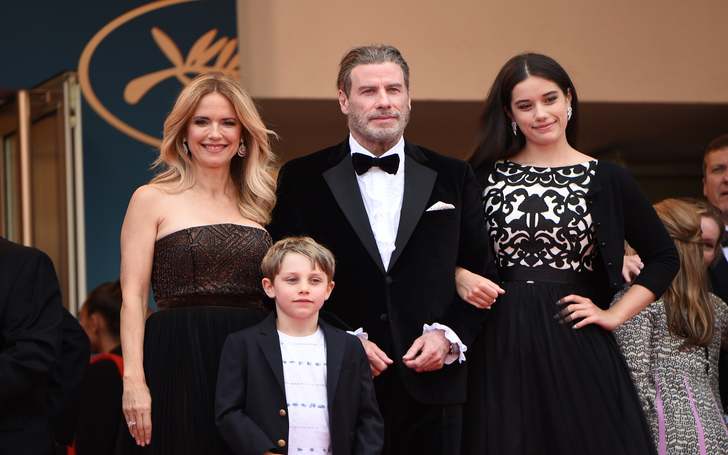 Benjamin Travolta is two of the surviving children of American legendary actor and singer, John Travolta and his beloved late wife, Kelly Preston. Travolta is only nine years old, as of July 2020.

The son of Travolta and Preston has been under the limelight for years and recently too for his family’s tragedy that left Hollywood to mourn for the loss of such a talented actress.

Benjamin Travolta’s Birth Was A Miracle

Jett, a patient of Kawasaki disease with a history of seizures died during a family vacation in the Bahamas. With the aching pain of the loss of their first son, John Travolta and Kelly Preston conceived their second child less than a year later.

The other miraculous thing is the fact that John and Kelly were trying for another baby for years. But, due to old age and health conditions, it was unsuccessful and risky both for the actress. God, however, finally listened to their prayers.

Also See: Who is Katie Pego Dating After Alejandro Rosario?

Benjamin also has another sibling, an elder sister named Ella Bleu Travolta who was born in 2000. She followed the footstep of her parents and became an actress.

Dealing With Loss Of His Mother Kelly Preston

After the birth of Benjamin Travolta, his mother’s health bore no problem for years. Everything went in their favor until 2018 when the Travolta family learned the news that Kelly died had been diagnosed with breast cancer.

The family was torn apart by the news but didn’t lose their faith. Preston underwent treatment for the illness at the MD Anderson Cancer Center in Texas but wanted to keep the whole truth a secret among their family and close friends only.

Benjamin’s mother strongly fought cancer for two years. Unfortunately, her death was near. And, in July 2020, Preston took her last breath at her family in the presence of her beloved ones. Benjamin’s father confirmed the death news.

In addition, Benjamin’s parents, who are followers of Scientology, were married for 29 years and credited the religion in dealing with the death of their first son. Hopefully, there was also a way to cope with the loss of a wife and a mother for the Travolta family.