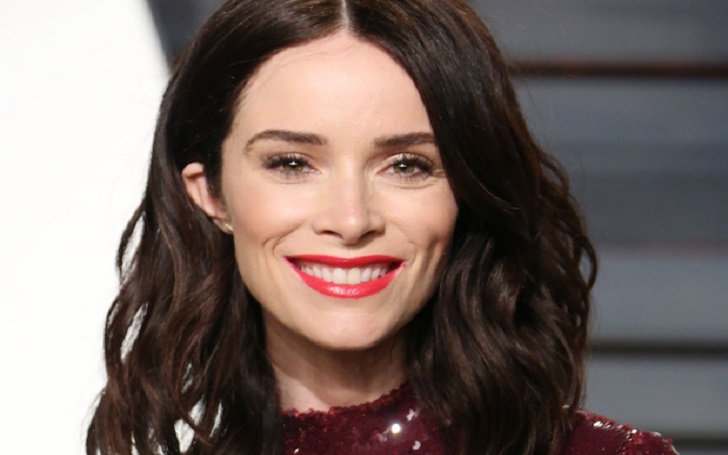 Everybody has a past that they don’t want to speak of and some tend to move on from it as soon as possible while other dwell over the lost love. The same thing happened to the Timeless star Abigail Spencer, who went through a lot in the past that she doesn’t want to be reminded of.

Yes, her life took a significant turn when she had a divorce with her ex-husband Andrew Pruett followed by many controversies and rumors related to her personal life. Scroll down to know what happened in her life and about her latest news.

Before we begin, just so you know, there’s no long list of men that she dated in the past, or is there? We’ll find that out pretty soon. Now, let’s get back in business.

Spencer and Pruett met in the 2000s through a mutual friend during an event. After, they started seeing each other a lot and officially got engaged in the summer of 2004. And the same year, in the fall, the pair tied the knot at a beautiful wedding place. And to let you know, Pruett is a former worker at Apple Inc, so you know they must have a pretty huge net worth.

However, we all know for a fact that things don’t always go as planned and at one point everything just fades away. And I think they had to go through some tough times too. The lovebirds eventually had their split and filed a divorce in Los Angeles County Superior Court back in February 2012.

Do they have any Children?

Yes, the couple has a son, Roman Pruett, born on 19th December 2008. Although they had to go through pretty rough times at one point, the ex-couple has been successful in maintaining a healthy relationship with their son. Moreover, the former Meant to be together couple didn’t speak much about with whom their son is living at present.

Though they are now content with the decision, the duo had a nasty battle for child support. While talking about her child custody battle, Spencer accused Pruett to be verbally abusive and a bully. According to Abigail, her ex-husband has continued to bully her over the past 8 years since their separation (now’s a different story, of course!)

Speaking of Abigail Spencer, she is dating Josh Pence, who has starred in A class movies like The Dark Knight Rises and The Social Network. And in the meanwhile, Pruett is in a relationship with Kristin Chenoweth.

Sources confirmed the news after they (Andrew and Kristin) were spotted at Town’s Penthouse at 53rd Greene Street in Manhattan. It was an event, Monday’s Social Life Magazine Bash.

Abigail Spencer and Josh Pence, it looks like they’re really into each other and we’ve got proof if you don’t believe us. While Josh went on his business trip to Montana, Spencer surprised him big time by doing this. Have a look!

They hugged and kissed each other. It appeared as though he has been gone for quite a time and she missed him real bad. Their love can be seen in the picture above. How cute is that!!

Well, it seems the two have already broken up!

The duo celebrated their first year anniversary on November 18, 2019, which means, they started dating since November 18, 2018. Abigail wrote, “I just wanna look at him. One year…”

Well, congrats to them on that! But, will we be hearing the wedding bells soon? Who knows? Let’s just wait and watch.