Engagement Alert! GOT Kit Harington and Rose Leslie are officially Engaged, Details of the engagement 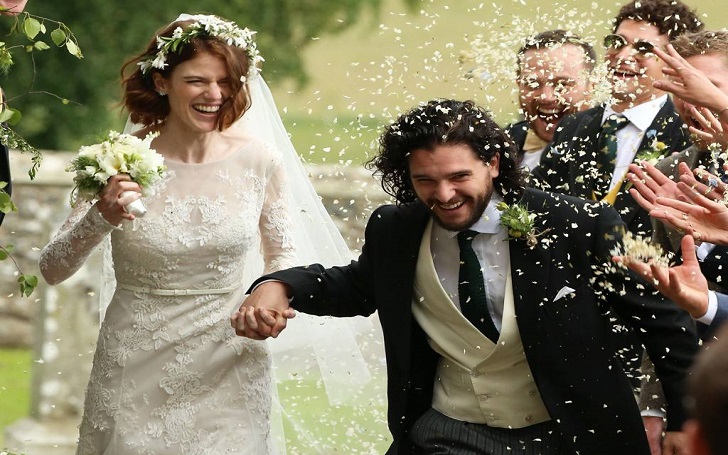 The onscreen romance has now turned into an off-screen romance as GOT star Kit Harington is now officially engaged to his on-screen love Rose Leslie. Yes, Rose is no more Kit’s girlfriend; she is now his fiance. Soon to play the wedding bells. People was the first to report the engagement news.

Kit and Rose were dating for longtime but Kit and his lady Rose made the headline as a couple when their dating new hit the limelight back in 2012. According to TMZ, it reported that the couple were having dinner together at London’s Rossopomodoro restaurant and even flashed some serious PDA moment. After dating for a while, again the news of the couple split surfaced in the tabloid and people were like disappointed as they love the couple both on and off the screen.

Also, Read: Chaz Bono Dating A Partner After Calling Off The Engagement

UPDATED – Kit Harington and his fiance turned with Rose Leslie married on 23 June 2018.

In the year 2016 shutting the breakup rumors, the couple made a red carpet debut as a couple at the Olivier Awards.

After officially confirming the news as a couple Kit in an interview talking about the early day romance said;

Because the country is beautiful, because the Northern Lights are magical, and because it was there that I fell in love,”  “If you’re already attracted to someone, and then they play your love interest in the show, it becomes very easy to fall in love.”

Rose Leslie also in an interview back in 2014 talking about the couple intimate scene and their chemistry as a couple  said;

“Kit is a lovely and funny man, and a dear friend,”

“It was my first sex scene that I’ve ever done and it was weird,” she admitted. “But I felt that it was important for the characters and the audience to get to see just how much they have fallen in love. We got to see them in their own little world, with no outside interests or power plays or nasty surprises. It was just two characters finally getting together.”

In the early year of 2017 Kit was also asked about getting married by none other than Nicole Kidman to which he replied;

Caption: Kit Harington trolled by Nicole Kidman on getting married.

UPDATED- we got our wish granted as Kit Harington tied the knot with fiancee turned wife in 2018.