Chaz Bono Dating A Partner After Calling Off The Engagement| Now And Then Pictures| Age, Parents & Siblings 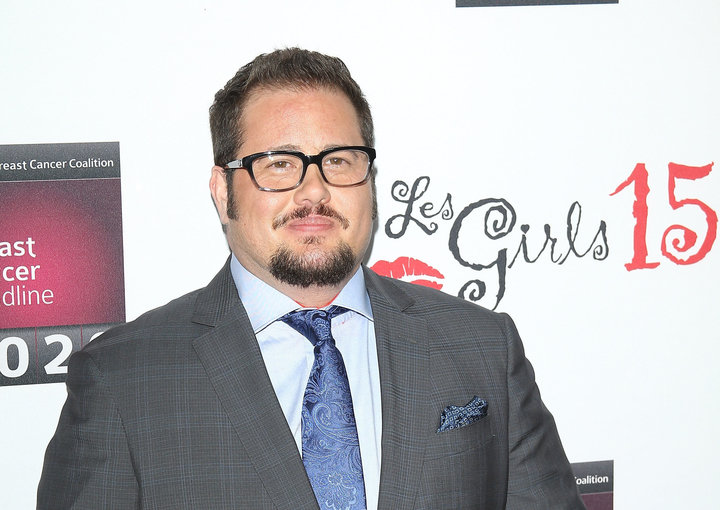 Accepting yourself is everything!

Sometimes finding your inner self is like finding the oasis in the desert, tough yet surreal. If there is anyone who can relate to that is none other than the American writer, musician, and actor, Chaz Bono. The journey from a female to a male was something that gave Bono the respect he deserved.

A documentary on his experience, Becoming Chaz, even screened at the 2011 Sundance Film Festival which later made television debut on the Oprah Winfrey Network. In 2019, his upcoming series Adi Shankar’s Gods and Secrets will be out.

Fasten your seatbelt and explore now and then the life of Chaz Bono. Also, know Chaz Bono age, partner, net worth, and wiki!

Chaz Bono Before and Now

At the age of 18, Bono came out as a lesbian to both parents In the year 1995, after tabloid press outed him as lesbian, he publicly admitted being a lesbian in a cover story in a leading American gay monthly magazine, The Advocate.

In mid-2008, Bono started undergoing a physical and social conversion from female to male. In June 2009, his publicist confirmed the news and announced his new name as Chaz Bono. GLAAD and the Empowering Spirits Foundation also offered praise and support for the declaration.

Later, in 2010, his legal transition finalized after a California court approved his request for a gender and name change. Moreover, he has discussed the process of his transformation in two books namely, Family Outing: A Guide to the Coming Out Process for Gays, Lesbians, and Their Families and The End of Innocence.

Unlike others, Bono’ mother always supported him and agreed to be on the cover of The Advocate as the proud mother of a lesbian daughter. However, his paternal relationship strained after his father became a Republican Congressman. Since 2008, Bono is a proud transgender man. At present, he works for the LGBT community and fights for their rights.

Who is Chaz Bono Partner?

Way back before the transition, Bono was in a relationship with a woman called, Jennifer Elia who was a private tutor. In 1999, the couple began living together as partners. Later in 2009, they engaged at Seattle that they disclosed only after two years in 2011.

In fact, his partner Elia stayed with him during the entire process of changeover. However, Bono and his partner called off the engagement in December 2011.

Recommended: Explore Transgender Star Victoria Atkin’s Dating Affairs; Has She Married Already? Exclusive Details On Her Career And Net Worth!

Everything happens for a reason. Indeed Bono has found the love of his life. Currently, the actor is dating his partner Shara Blue. God bless the duo as they fill their Instagram walls with each other’ photographs. Neither of them misses any chance to show their love, respect, and empathy for each other.

Happy New Year! I’m so ready for 2019, how about you? With my love @sharablue and our bros @rick_ferrari and @the_alex_ferrari.

As of now, Bono is happy with whatever he has in life. Perhaps that might be the reason he hasn’t thought of anything significant like before. We wish to see Bono exchanging wedding vows with his partner, Shara, very soon. In fact, we will be more than delighted to cover the news of this beautiful pair’s marriage.

Speaking of Chaz Bono net worth, he has been actively working in the entertainment industry for the past three decades. At first, he joined a band named Ceremony and released the album, Hang Out Your Poetry in 1993.

Furthermore, in 2002, Bono published a biography titled The End of Innocence that talks about his time in the music industry and his relationship with an older woman.

I’m so excited to see @rebornmovie2018 at @AFMOFFICIAL today! I shot this indie horror film last Dec, and can’t wait to see how it came out. #AFM2018 #HappyHelloween pic.twitter.com/P2WaVkmxdF

In addition to that, Chaz Bono net worth started increasing after he began appearing in movies and TV shows. Besides, he also served as a writer at The Advocate. Bono became the spokesperson for the Human Rights Campaign, campaigned against the Defense of Marriage Act, and assisted as Entertainment Media Director for the Gay and Lesbian Alliance Against Defamation. In 2011, he appeared on the 13th season of the US version of Dancing with the Stars.

Chaz Salvatore Bono was born as Chastity Sun Bono on 4 March 1969 in Los Angeles, California to his parents Cher Bono and Sonny Bono. Hence, his current age is 49. His parents initially gave him the name of Chastity after the movie Chastity produced by his father Sonny where his mother Cher played a bisexual woman.

Recommended: Nina Blackwood Turned Lesbian After Divorce With Husband, Who Is Her New Partner?

He grew up alongside his siblings Elijah, Chesare, Sean, Christine, and Chianna.

He is of mixed ethnicity. Regarding his build, he stands with a height of 5 feet and 6 inches. He weighs around 250 lbs at the moment, but he is always looking to shed some pounds.

Chaz revealed that he’d lost 43 lbs within a few months but he still wants to lose 50 to 80 lbs. In an interview, he said, “I am still slowly losing,” about his weight.