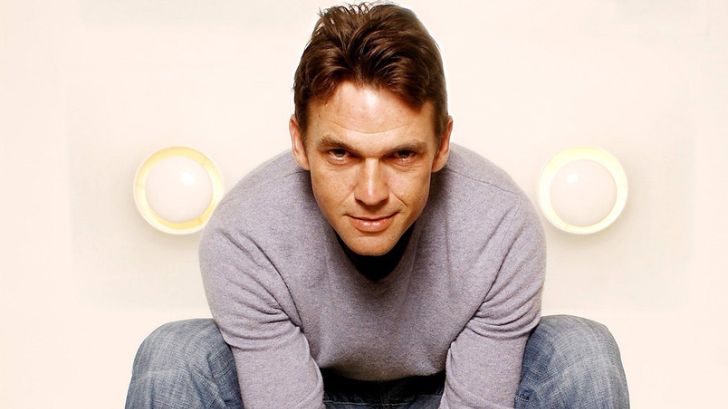 One way or another, everyone has heard the name, Dougray Scott. He is a Scottish actor who appeared in the well-known movies Ever After, Mission: Impossible 2, Hitman, and My Week with Marilyn.

Raised by an actor and nurse, Dougray’s life was undeniably supposed to revolve around drama and cinema. Here, in this article, we try to acknowledge as much as we can about Scott. Enjoy the article!!!!

How much Money does Dougray Scott Carry?

It is no wonder that the talented actor Dougray Scott is a millionare. Starting his career at an early age helped him collect a decent amount of money. As of 2020, Scott holds a net worth of $5 million, which he garnered from the film industry.

From his almost three-decades-long career in the filming industry, he portrayed in 79 movies and television series till now. Like many actors, he too debuts on TV before his film career with a role in the TV series Zorro. His first recurring role was Major Rory Taylor on drama Soldier Soldier. Some of his other admired works are Snatch, Fear the Walking Dead, Taken 3, Desperate Housewives, Hitman, Batwoman, and Enigma.

Why Didn’t Dougray Appear As Wolverine?

There is no doubt Dougray is a great actor. From his debut, Dougray’s flawless acting astonished the audience. When he was at the Royal Welsh College of Music and Drama, he earned the Most Promising Drama Student’s award.

Dougray’s profile was at the climax when he gets the opportunity to be part of X-men and Mission Impossible. Tom Cruise personally asked him to play the role of Sean Ambrose in Mission: Impossible II.

While shooting for Mission Impossible, he had a terrible bike accident, which consequently delayed the shooting of X-Men. Due to this injury, the Wolverine role passed down to Hugh Jackman.

Ever After: A Cinderella Story

Ever After is a romantic drama film inspired by the fairy tale Cinderella. Andy Tennant directed the movie and the Twentieth Century Fox produced it. In the film, Scott played the role of Prince Harry.

Watch the trailer of Even After: A Cinderella Story

The movie features Drew Barrymore, Anjelica Huston, and Jeanne Moreau. The budget of the film is $26,000,000, whereas it’s cumulative collection is $98,005,666. Moreover, Ever After won six awards and 15 nominations.

In a conversation about Even After, he mentioned that he had never worn a codpiece before, and he thought he never would again.

Dougray appeared in the DC comics character Batwoman as Jacob Kane. The series aired in the network CW on 6 October 2019. The first season consisted of 11 episodes.

Enjoy the trailer of Batwoman

Dougray shared the screen with Ruby Rose, Rachel Skarsten, and Meagan Tandy. In the series, he portrays the role of Kate Kane‘s, aka batwoman’s father, who is a military man with a chip on his shoulder. The CW renewed the show for season 2, likely to release in January 2020. Learn more about the series at entertainment weekly.

Scott appeared as a disavowed IMF agent in Mission: Impossible II. The film released on 24 May 2020. As Sean Ambrose, Dougray fights against Ethen Hunt played by Tom Cruise.

The franchise features actors like Thandie Newton, Ving Rhames, and Brendan Gleeson. The movie is full of action and deadly stunts. While filming, Scott even had a bike accident. Mission Impossible earned $546.4 million at the box office.

Hitman is another one of Dougray’s fabulous movies where he emerges as a dangerous villain, Mike Whittier. The film succeeded in winning two awards, including Audience Choice Award. The movie aired on 21 November 2007.

Watch the thrilling trailer of Hitman.

In the film, he shares the screen with Timothy Olyphant, Olga Kurylenko, and Robert Knepper. Box office collection of the movie is $99,965,792.

Dougray is also the cast member of the popular series, Desperate Housewives. He appeared in 18 episodes of the show as Ian Hainsworth. In the show, he worked alongside Teri Hatcher, Felicity Huffman, Marcia Cross, and Eva Longoria.

Watch the trailer of Desperate Housewives

Scott As a Producer

Besides acting, Scott also worked as a producer. He served as an executive producer of movie One Last Dance, which released in the UK in 2004.

Want to know: How did Chaunte Wayans Get to the Millionaire’s Club? Find Out.

He also produced the movie To Kill a King, which screened in the theatres of the UK in 2003. The film even won three nominations.

The married life of Dougray Scott is profound and blissful. He is apparently in wedlock with Claire Forlani. Claire is a popular English actress known for the leading role in the film Mallrats and Jean-Michel Basquiat 1996.

The couple walked down the aisle on 8 June 2007. The ceremony held in Italy, followed by the banquet in Claire’s family home in Pievebovigliana. Actor Ewan McGregor stood as the best man at the wedding. Currently, the duo lives in London with thier adopted son, Milo Scott whose birth date is 27 December 2014.

Before his wedlock with Claire Forlani, Scott was married to Sarah Travis. Sarah is a film director by profession. They got married in 2000; however, their marriage ended with a divorce in 2005. Yet, they have two twins, Eden and Gabriel Trevis Scott, born in Queen Charlotte’s Hospital, London, on 23 January 1998.

Scott believes in philosophy: family and career should move parallelly. Scouting his social sites, we concluded he is a good father and a husband who loves spending time with his family. He cherishes the moment with his kids and wife.

Besides acting, Dougray is equivalently active in social services. He raises funds for various programs. Nowadays, he is taking a keen interest in water Aid programs. This organization works to make clean water, decent toilets, and good hygiene which is healthy for everyone, everywhere.

The actor even participated in raising donations for people who had leukemia.

For more news and information, always remember The Celebs Closet.