Skip to content
Home » Entertainment » Who is Carla Dibello’s Boyfriend? Know her Affairs, Relationship, Wiki-Bio, and Friendship with Kim Kardashian

Who is Carla Dibello’s Boyfriend? Know her Affairs, Relationship, Wiki-Bio, and Friendship with Kim Kardashian 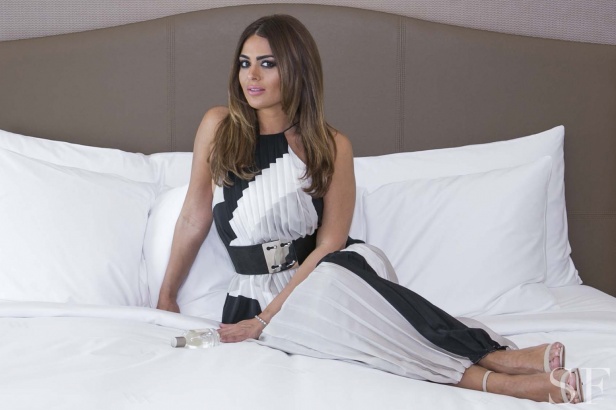 Carla Dibello is an associate producer at Bumim/Murray Productions, which produces Kim Kardashian‘s family reality shows. She spent a lot of time with Kim Kardashian and her family. No wonder, they are best friends for now. Moreover, Carla even worked for Steve Wynn at the beginning of her career.

Carla Dibello did some remarkable works which include 16 Blocks, 88 Minutes,  and Street Kings. Moreover, Carla also made the headlines for dating a guy who is half her age.

The couple appeared together many times, spending quality time. But, who is Carla Dibello’s boyfriend? So, let’s take a sneak peek to read more about Carla Dibello wiki-bio facts, net worth, boyfriend, dating, and so on;

Who is Carla Dibello’s Boyfriend?

Talking about Carla boyfriend and her dating affair, she is dating a 22-year-old guy named, Egor Krred. Many news stories regarding Carla Dibello’s boyfriend are surfacing these days on social media sites.

For the first time, the couple appeared in February then after Egor shared a joint photo with Carla from Dubai, where they celebrated the Valentine’s Day. Likewise, the next day, Carla also posted a picture of a gigantic bouquet of red roses, a diamond ring with the caption “E <3″ on Instagram.

PEOPLE TALK even met Carla boyfriend,  Egor Kreed on one of the streets in the center of Moscow where he was with Carla. It turned out that Carla really flew to the capital city of Russia and did not even hide it in social networks.

The fans of the singer, Egor, do not approve of his choice. They rather think that Kreed’s chosen one is old for him, and they continue to believe that one day Egor will return to his former girlfriend, singer Nyusha. However, Carla DiBello Instagram does not reveal any insight so far regarding her partner.

Carla started her career at the age of 22. She moved to Los Angeles to work for the chairman of nu images/Millennium Films.

During her tenure with the company, she assisted the production of 11 feature films starring the likes of Al Pacino, Robert De Niro, Salma Hayek, John Travolta, and Scarlet Johansson.

Carla accepted a position as Executive Assistant to Steve Wynn, Chairman of Wynn Las Vegas. During her time in Las Vegas, she played a pivotal role in the branding of the newly developed Wynn Hotel.

She was appointed Director of Strategic Relations with a compass point whereas operating below the direction of business executive guided missile Nazarian. She participated within the whole development and daily promoting for his or her diverse portfolio of the building, building and nightlife venues.

Through all those works, the television industry is the source of Carla DiBello’s income. Therefore, her income is driven via her celebrity status. As per The Richest, Carla DiBello’s net worth as of 2018 is $1.5 million.

Carla Dibello was born in the year 1984 in Sarasota, Florida, the United States to Italian-American parents. She celebrates her birthday on the 28th of March and is 34 years old.

Regarding her originality, Carla belongs to American nationality and is of mixed ethnicity. Furthermore, she has average height with an attractive body figure and toned body.

Read more: Teen Mom star Amber Portwood had just been engaged with her fiancé, is their married off already? Did her fiancé cheat on her?

In fact, Carla and Kim are BFFs as for now. Furthermore, Carla works behind the scene with Keeping Up With Kardashians. Kim Kardashian is a multitalented American tv personality, socialite and entrepreneur. Her full name is Kimberly Noel Kardashian West. On her friendship with Kim, Carla says;

Kim Kardashian is one of my best friends, Kim, was in the process of starting her new reality show, Keeping Up With The Kardashians. We had been inseparable for years, and outside of our friendship, I had always admired her work ethic. We figured that since we were always together, who not also do business together?

There is no pieces of information regarding her parents, family background, and siblings. We hope to hear more about her!