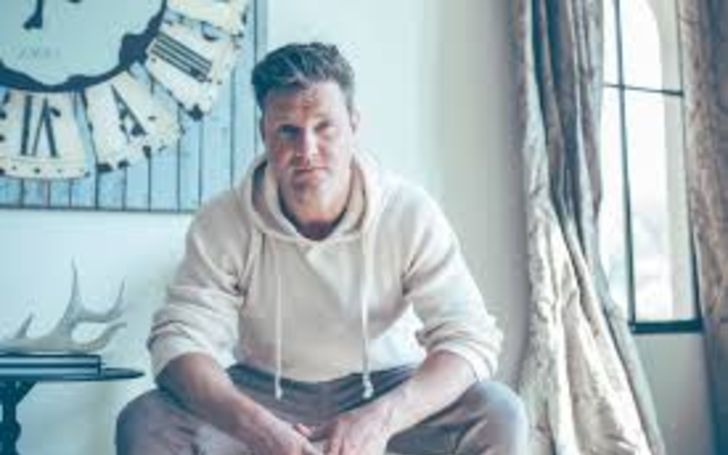 Starting out in local print and television advertising, Zachary Ty Bryan probably would not have believed if someone told him then that he was going to be an actor. But Zachary became an actor and has appeared in various movies and TV series like The Fast and the Furious: Tokyo Drift, Home Improvement, Shark, etc.

Now having moved on from acting and got into production business, Zachary is still involved in the show business. However, he is more involved in behind the scenes’ business as for now. Read the following article to know more about Zachary’s net worth and also his personal life.

Who is Zachary Ty Bryan?

Zachary attended La Salle High School in Pasadena, California and graduated from there in 2000.

Zachery Ty Bryan’s acting career officially took off in 1990 when he was 9 years old. He moved to California for better opportunities and the move gifted him with a career-defining role, the lead character of Brad Taylor in the show Home Improvement–which remains his most notable project to date.

I think everyone runs into a bully at one time or another. You just pretty much look at them and see how they act at school, and then you put it into your part.

Bryan has appeared in various movies and TV series like The Fast and the Furious: Tokyo Drift, Center of the Universe, Burn Notice, and many more.

Zachary Ty Bryan’s Personal Life: Who Is His Wife?

Zachary Ty Bryan is a happily married man and is still in a matrimonial relationship with his wife Carly Matros. The couple got engaged and started living together in November 2005.

Bryan married Matros back on 10 March 2007 and there are no signs of them separating any time soon. This is to say, the duo is as happy as they could have been in years.

Bryan became a father for the first time when his wife gave birth to twins on June 23, 2014, both daughters. The couple named them Gemma Rae and Taylor Simone.

Also read: How Much Is Noble Willingham’s Net Worth?

Bryan had a third daughter on June 7, 2016, and named her Jordana Nicole. Most recently, Bryan became a father for the fourth time after Carly gave birth to a son, Pierce Alexander on March 18, 2019, in Los Angeles.

Zachary Ty Bryan’s Net Worth: How Much Does He Earn?

Zachary Ty Bryan has a net worth of around $8 million. Most of this money results from his acting career, but there are also some other factors contributing to it.

Zachary has acted in a host of movies and TV series like TV sitcom Home Improvement (1991-1999). It has a total of eight seasons with a total of 204 episodes. This ’90s show was a hit and gave Zachary a lot of fame and money. He had received awards for his acting in Home Improvement like Young Artist Awards in 1994 and in 1999.

Bryan has worked with a host of famous actors like Lucas Black, Tim Allen, Alexis Kendra, Mac Brandt, and many more.

Bryan, who was last seen on-screen in the 2009 TV movie Thor: Hammer of the Gods, has since gone into the production sector. He has opened his own production company, Lost Lane Entertainment. However, he, as a producer, hasn’t produced a lot of movies. This has showed him a life behind the cameras.

Zachary Ty Bryan has a height of 5 feet 11 inches and he weighs 82 kg. He has dark blond hair and light blue eyes.

Where and when was Zachary Ty Bryan born?

What nationality does Zachary Ty Bryan belong to?

What is Zachary Ty Bryan’s ethnicity?

Which color of hair does Zachary Ty Bryan have?

How tall is Zachary Ty Bryan?

How old is Zachary Ty Bryan?