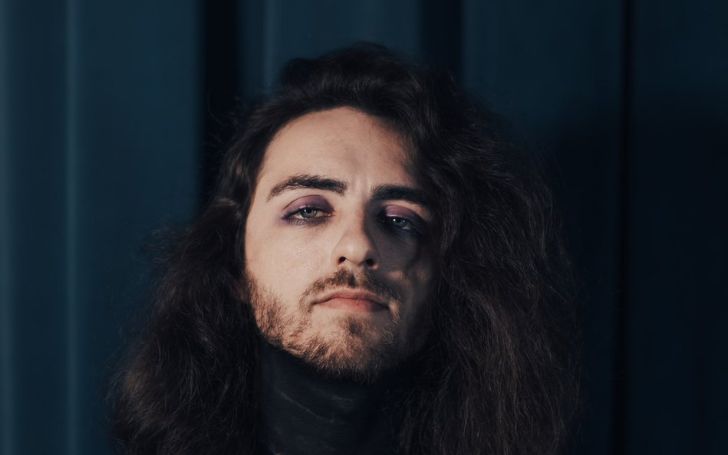 Have you heard about the American metal band name ‘Motionless In White’? You may have heard some songs from the band. The drummer of the band is really attractive and has dark looks, hasn’t he? The name of the drummer is Vinny Mauro. He has been continuously serving the band with his drumming skills since 2014, the year he left the band ‘Empyreal’.

The talented drummer’s birthday falls on November 22. Vinny was born in the year 1993 in Jersey Shore, Pennsylvania. He spent most of his childhood in his hometown along with his siblings, a brother, Brody, and a sister, Lacy.

The curious artist always had an interest in music and musical sort of things. His educational qualification is still unknown as they are not disclosed on the media. Knowing more about music, he developed an interest in drumming which became her passion as well as a hobby.

Who is Vinny Mauro’s Girlfriend?

How much the artist is energetic in his performance, it is not the same in case of his personal matters. He has preferred secret life regarding his relationship and past affairs. However, the artist is active on social media like Instagram and Facebook.

Looking at his posts on social media platforms, it seems he is not much interested in serious relationships and love affairs. The 26-year-old artist may be more focused on his career.

Vinny started his career with drumming in a small band ‘Empyreal’. With his good skills and cool drumming patterns, he caught the eye of the audiences as well as the members of MIW.

Vinny Mauro is popular only because of the band ‘Motionless In White’. Although, the band formed in 2005 without Vinny Mauro, he has become an important member of the band since 2014. Other than Vinny, the band has Chris “Motionless” Cerulli(lead vocals), Ryan Sitkowski(lead guitar), Ricky “Horror” Olson(rhythm guitar), and Justin Morrow(bass).

Along with his members, he has performed numerous band songs on the tour for over 6 years. With several albums, Mauro has also participated in the world tours. The band is still working for the albums to amaze the audience. The lead Vocalist of the band, Chris Motionless informed about their work on the new album. They also made sure the songs won’t disappoint audiences. However, Chris said the recording may take some time due to the pandemic.

Net Worth of Vinny Mauro

With the professional career of drummer over the past six years have collected a good amount of money. You bet he has a good income. With his awesome performances in ‘Motionless In White,’ he has an estimated net worth of $250k. With a new album and growing fame, his fortune is assumed to increase with time.