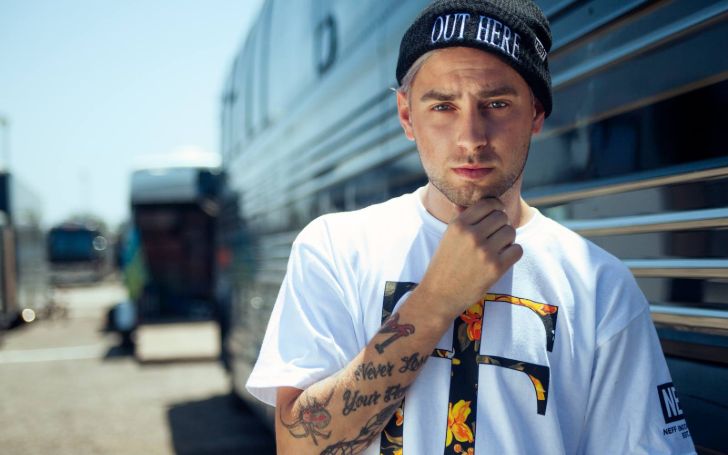 Tyler Carter is an American singer, songwriter, and musician. He is popular as the lead vocalist of the metalcore band Issues, which he founded himself. Besides, he was also a performer of the band A Path Less Traveled and Woe Is Me. He is also great influencer on Youtube.

The news about him being thrown out from the band is breaking the internet for a couple of days. The Sources have said the reason was the allegations of sexual misbehavior and online grooming.

The singer was born on 30th December 1991 in Habersham County, Georgia. Tyler Carter with a full name Derek Tyler Carter holds an American Nationality. The information about his parents and siblings are not disclosed as of now.

He has lived a life full of secrets so, his educational qualification is still unknown. However, he was interested in music from his childhood. He also played the drum for a few bands in Atlanta. With his growing interest in music, he decided to pursue his singing career alongside drumming.

Who is Tyler Carter Engaged to?

Talking about the singer’s sexual orientation, he is bisexual. He came out with the news in the year 2015. The talented singer may have had a couple of relationships in the past but he had not been open about his personal life.

Recently, the 28-year-old singer is in a relationship with his fiance’ Trent Morey Leffler. The couple got engaged in the year 2018 and together till now. The singer had also explained himself as an open supporter of the LGBTQ community.

Tyler started his career being a drummer for several bands. In 2008. he joined his first band ‘A Path Less Traveled’ and released From Here On Out within a year. Then after he left the band to join Electronicore band, Woe Is Me. Along with six other members, Carter released first studio album in August 2010. After a year, he had to left his second band too.

Later, he founded the MetalCore band titled Issues with former Woe Is Me members. His co-workers left the band early and were replaced by other but he didn’t left the band for a single time. With their debut song “Black Diamond”, they introduced themselves in the music industry. After two years, again the band dropped their first album entitled Issues which received a lot of positive responses. Again, the band released their second song, Diamond Dreams in 2014 followed by second album Headspace in 2016.

Carter was a side vocalist and a drummer at the time. But he got the position of lead vocalist after Michael Bohn left the group in 2018. The third album of the band Beautiful Oblivion made Carter known to the public. US Billboard 200 charted the album at no.181 which also helped the band to be more popular. With the success of the album, they took the tour in Europe and North America.

Along with the band, Carter made some progress with his solo career with the release of single I Hate the Holidays at the end of 2010. After that, he continuosly dropped some singles with the support of producers Blackbear, Ty “Scout” Acord, Boogie, and Igloo.

Along with his original songs, he has also performed other artist’s songs like “Hello”, “Pokemon Theme” and other more. Carter’s other songs consists Forget You, Pressure, Focus, Moonshine etc. His debut solo album “Moonshine” also impressed the public which was released in 2019. Lately, he ended his contract with Rise Records after releasing his second solo titled ‘Moonshine Acoustic’ in July 2020.

Removal From Band and Sexual Allegations

Carter’s name again has came back in the media after he got out from the band Issues with the allegations of sexual misconduct and cases of paedophile. Further information about the case will be disclosed later. Thus, the band threw him out on September 1 with official statement made on their pages.

Tyler Carter Net Worth and Salary

Tyler Carter has performed and amazed the audiences with several bands. As the lead vocalist, he must have a good income over the past couple of years. His net worth is estimated to be around $3 million. The sources for his total assets are singing career, record sales, concerts, and tours.