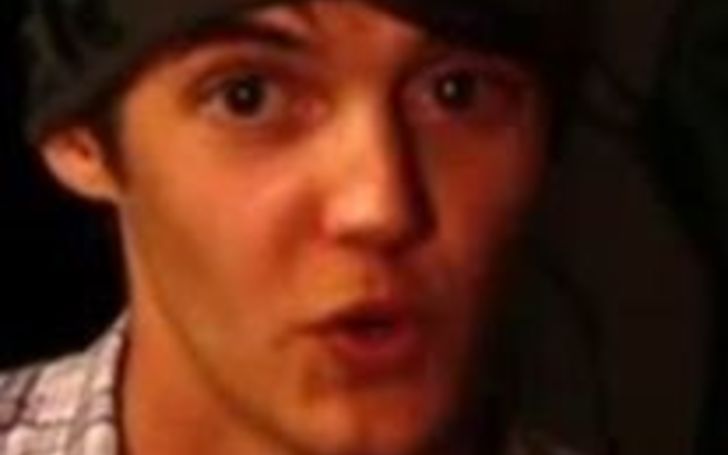 As the two sides of a coin, there are both good and bad things of being the child of famous celebrities. One of the good things – you will get a legacy to follow, but there will be a lot of pressure to fulfill that legacy. But Ty Christian Harmon is the child of the celebrity parents Mark Harmon and Pam Dawber, who is walking the path without any problems.

Ty Christian Harmon, as stated above, is the youngest son of the celebrity actor Mark Harmon and Pam Dawber. Both of his parents had a great career in the show business.

Let us begin today’s article from the family details of Ty Christian Harmon. You might get from the above paragraph his father and mother, both of them are in the movie industry.

Ty’s dad, Thomas Mark Harmon is an American television and film actor who made his appearance in many movies and series with a wide variety of roles, since the early 1970s. He is best known for his work in the NCIS series, where he portrays the character of Leroy Jethro Gibbs.

Harmon’s mom, like his father, is famous for her contribution to the film industry as an actress. She accumulated tons of attention from her work in the lead television sitcom roles as Mindy McConnell in Mork & Mindy (1978-1982) and Samantha Russell in My Sister Sam (1986-1988).

Sean Thomas Harmon is the elder brother of Ty Harmon, who is known for his work as a director in Catholic Schoolgirl Chainsaw Showdown (2012). He, like his family member, pursued his career in the showbiz. Sean performed various characters in many movies and series, and except for acting, he also performed different stunts in many series and short films.

Question: What is Brain Eating Amoeba? Know More About It’s Symptoms,Causes,Facts and Many-More

All of Ty’s father, mother, and brother, including his aunts, Kristin Nelson and Kelly Harmon and his cousins Tracey, Gunner Nelson, Sam Nelson, and Matthew Nelson are involved in the show business.

Even Ty’s grand-parents were well-known personalities. Thomas Dudley Harmon, better known as Tom Harmon, was a player in the US college football. Further, he also created a career as a military pilot, actor, and sports broadcaster.

Harmon’ grandmother, Elyse Knox, like everyone in the family, had her career in the acting industry. She began as an American model then subsequently involved herself in fashion designing and acting too. She starred in classic movies, Sheriff of Tombstone, Hit the Race, and Mummy’s Tomb

Is Ty Christian Harmon in a Relationship?

If you guys are desperate to know the relationship status of the young screenwriter, Ty Christian Harmon, then let us inform you people that Ty kinda likes to keep a low profile about his love life.

Ty is focused on creating his career in the movie business that might create no space for a partner right now, which might be one of the reasons of him being single or he might already have someone special but don’t want to share details about his girlfriend. No matter what is the case, we guarantee to update you with the news whenever it makes its way to the media.

Net Worth of Ty Christain Harmon

Now coming to the financial part of the Ty Christain Harmon, he accumulated a decent net worth of $50,000 from his work as a screenwriter.

As per the records of Theart Career Project, an average screenwriter makes around $60,000 from a low budget movie, and Ty only worked in the short film, Catholic Schoolgirl Chainsaw Showdown. So, he must’ve earned in the same range for the movie.

If we focus on the earnings of the Christain’s dad, Mark Harmon, then he is a multi-millionaire with a net worth of $100 million, which he generated from his long career in the showbiz as an actor and a producer. He had a net worth of $90 million in 2019. Subsequently, Ty’s mom also comes in the list of millionaires who controls a portfolio of $12 million from her career as an actress, model, and singer.

Though there is no news related to the real estate control of the Ty Christain Harmon, his family might own tons of houses and land from their massive net worth. So, Ty is living a luxurious lifestyle.