Know About Bobbi Sue Luther’s Married Life and Net Worth 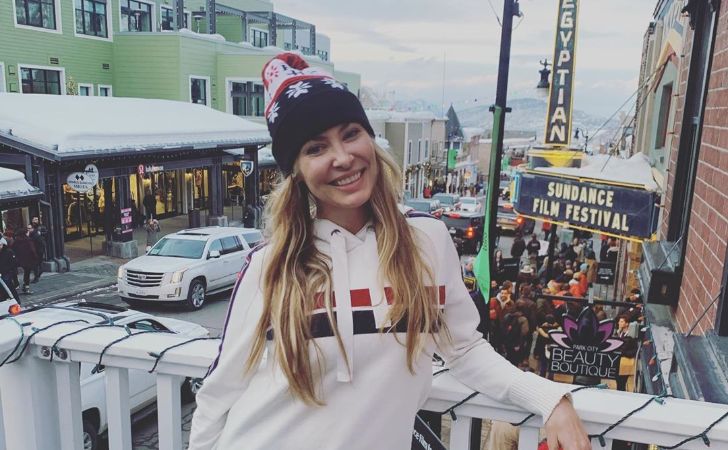 The American diva Bobbi Sue Luther has been around the American entertainment industry for decades now. Be it as an actress, film producer, model, or a production manager; she contributed immensely with great shows like Aftermath and Gameface.

Luther made most of the fame as the host of TLC‘s Junkyard Mega Wars in her two-decade-long career. She remains a perfect pioneer of woman empowerment since she not just made a name out of her career but also garnered immense net worth. So, today we take you close to the net worth, career, and the secret dating life of the 41-year-old.

Bobbi Sue Luther initially entered the entertainment industry as an actress with a debut in Dude’…We’re Going to Rio in 2003. Although that was a minor role of a Hot Airline Attendant, it led her to work in projects like Star Trek: Enterprise and Laid to Rest in the future. Furthermore, you could also see her play the role of Suzanne in 2010‘s Night of the Demons.

The multi-talented actor found her skill in production as well, widening his portfolio in 2009 with Laid to Rest. Later, she went on to produce five episodes of Fear Clinic in the same year itself. Similarly, her other projects include Nostalgia, The Boy, and Crazy Kind of Love.

When Bobbi was 26, she tried to join the Worldwide Wrestling Entertainment, known as WWE. With immense hardwork and workout, she had a well-built physique to be a wrestler. She made it to the last 28 candidates of the 2004 WWE Diva Search.

Luther, however, failed to advance to the top ten finalists of the competition. Fellow divas like Eve Torres and Layla El managed to win them and get to the very top. Maybe that was for the best since that led her to quit her WWE dreams and focus on the television industry.

How Much is Bobbi Sue Luther’s Net Worth?

The gorgeous actress also made a colossal amount of income, promoting several brands and products in commercial advertisements. Back in March 2007, she was the face of St.Pauli Girl beer all over the country. Later, she also served as the spokeswoman for Lynx body spray, popular as Bond Film of Advertising.

Bobbi Luther enjoyed a resounding professional life but failed to replicate it into her married life. She tied the knot with former boyfriend, Robert Hall, one of Hollywood’s best filmmaker and makeup artists in 2008. Working in the same industry, they attended the premiere of a horror film, Laid to Rest in Los Angeles, on April 18, 2009.

While fans expected the married couple to have children together in their holy matrimony, they were shocked later on. The love birds decided to part ways and filed for divorce in 2010 following irreconcilable differences in their holy union.

Bobbi often posts pictures on her Instagram handle with her beau. Her husband meanwhile isn’t very active on the social media platform. The duo lives the best versions of themselves residing at their house in Los Angeles, California.