Riverdale Actress Tiera Skovbye Is Going To Be A Parker; Engaged To Her Longtime Boyfriend; Soon To Be A Husband, Jameson Parker! 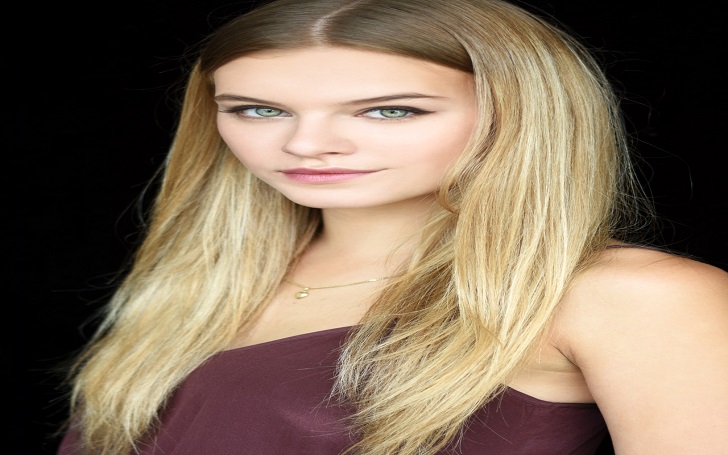 If you have watched the hit CW series “Riverdale,” then you must be familiar with Polly Cooper. Tiera Skovbye, who plays Polly Cooper lost the love of her life- boyfriend on the show. And she is pregnant with a child from his dead boyfriend. As she is having a hard time on the series, the case is not the same in her real life.

Of course, Tiera is not pregnant with a child, but her boyfriend is alive in real life. She recently got engaged to her producer boyfriend, Jameson Parker. She must be dreaming of her life after the marriage with her fiance and soon to be husband, Jameson.

Get to know how Teira received a proposal from her boyfriend:

Tiera Skovbye, 25 year-old-actress, said ‘Yes’ to her dream partner; producer boyfriend, Jameson Parker. Yes, she is going to be a Parker very soon!

Tiera became engaged in her fiance’s childhood bedroom. She took to Instagram on 14th August and shared a photo with her soon-to-be husband. She was over the moon then and flaunted her engagement ring; so did her fiance, Jameson.

This weekend was something out of a dream. The love of my life surprised the crap out of me and asked me to marry him in his childhood bedroom (not planned, I’m really hard to surprise) . We got to spend the rest of the weekend hanging out on the lake with both of our families and it was absolutely wonderful. I’m over the 🌙 happy. #gettinghitched #heputaringonit #imgonnabeaparker #evenlambsgetmarried

According to the caption of the post, the weekend was something out of her dream, and she is soon going to marry her boyfriend. She captioned the photo:

This weekend was something out of a dream. The love of my life surprised the crap out of me and asked me to marry him in his childhood bedroom (not planned, I’m really hard to surprise). We got to spend the rest of the weekend hanging out on the lake with both of our families and it was absolutely wonderful. I’m over the [moon] happy. #gettinghitched #heputaringonit #imgonnabeaparker #evenlambsgetmarried.

Tiera shared multiple pictures following her engagement with Jameson flaunting the engagement ring. In one of the pictures, Tiera receives a kiss from her fiance on the forehead, while she rests her left hand on Parker’s chest. 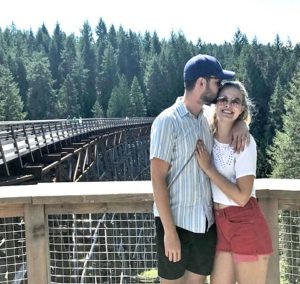 Caption: Tiera receives a kiss on her forehead from her longtime boyfriend, Jameson, 14 August 2017.

The couple started dating two years ago, and soon they are planning to marry each other. There is no any past dating affair of Tiera besides her boyfriend, Jameson.

They recently collaborated on the film Summer of ’84, produced by Jameson and Tiera has starred in it. It was a big weekend for Tiera as her CW’s show, Riverdale won Choice Drama TV show at the 2017 Teen Choice Awards on the same day of her engagement.

We hope they will be together forever and soon marry each other!

Born on 6th of May 1995 in Vancouver, Canada, Tiera Skovbye is a Canadian actress and a model. She has a slim perfect body with a height of 5 ft 8 inch. Her sister, Alissa is also an actress, famous as Grace and Paige for ABC’s Once Upon a Time. Tiera came from a Scandinavian background.

Tiera began her acting career at the age of seven. She had her first substantial role on the drama series Painkiller Jane as the 10-year-old Jane in 2007. Tiera has made her appearance in numerous television films. Among the films, she became quite popular in Lifetime’s The Unauthorized Saved by the Bell Story where she played Elizabeth Berkley. Tiera cast as young Bela in Supernatural and as Madison Danforth in Arrow.

As an actress and model, Tiera has made herself worthy of an enormous amount of money at the age of 25. But as far, she has not revealed her net worth to the media.