Is Siti Nurhaliza Married? She Was Accused of Causing The Divorce of Datuk Khalid! 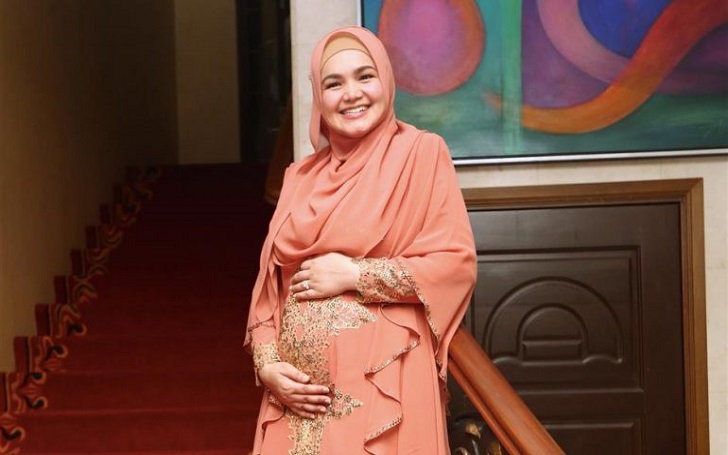 Without any doubt, if you are a public figure, certain things will be quite tough than normal life. Being on the top and maintaining popularity is not so easy as we think. Siti Nurhaliza who is a Malaysian singer honored with many awards also had to go through a rough situation in her life.

She once got accused of causing the divorce of Datuk Khalid. But who is Datuk Khalid and why was she charged with such a claim? Is Siti herself a married woman? If you are eager to know more about her then scroll down:

Who is Siti Nurhaliza Husband?

Malaysia’s favorite songstress Siti Nurhaliza once broked million of hearts. She revealed her marriage plans with her boyfriend, 58 years old businessman ‘Khalid Mohamad Jiwa.’ He is popular as Datuk K. and finally, she married her boyfriend on 21st August 2006.

Recommended: Is Shahs of Sunset Cast “Mike Shouhed” Dating Someone After Divorcing His Ex-Wife Jessica Parido? Know The Real Reason for Divorce!

Siti married Datuk Khalid in a lavish ceremony attended by Malaysia’s royal families & media all over Asia. Their wedding was broadcasted live on television in Malaysia. The engagement ceremony held on the same day at 10:30 am morning.

Siti made her fans disappointed as she married a divorcee. Since then, she became a victim of an accusation. She got accused of breaking another woman’s marriage.

When did Datuk Divorce his First Wife?

According to the people, she broke the marriage of Khalid and his wife, Tengku Zawyah Tengku Izham. Datuk divorced his first wife in 1998.

Siti denied the allegation on 28th January 2008 at a tea reception where she said:

Khalid also supported Siti at the time and said:

This is the question I have been waiting for. In all sincerity and as a Muslim, I’d like to say that my relationship with Siti started after the divorce. Siti had in no way have any connection with the divorce. If you check with Jawi, which carried out their investigations, you will know that this is true

Rumor also arose two years ago, that the marriage relationship between the couple is going to end in a divorce. But Siti denied the story and felt tired of accusations on their wedding. She loves her husband a lot, and they are still together.

Before a month of Siti’s 9th wedding anniversary, she expressed her feeling to conceive a child in a program called Romantika Raya in July 2015. Though Siti already has children from her husband’s first marriage, she wanted to be pregnant and blessed with her child.

Finally, after nine years of wedding, Siti got pregnant in December 2015. Both of the pairs was happy because of the news. But their happiness was not for a long time. Siti had a miscarriage. She had shared her sadness on Instagram after her miscarriage.

Recently, rumor has sparkled that Siti is again pregnant in July. However, her husband Datuk Khalid urged fans to be patient and wait for confirmation of the pregnant news from the singer herself.

We hope Siti will give birth to her first child soon.

According to Siti Wiki, she showed her early singing talent when she sang “Sirih Pinang” at the age of six. She sang the song at her kindergarten’s certificate-receiving event. Siti is a multiple-award winning Malaysian pop singer-songwriter. She got nominated and won several awards for her beautiful songs.

Now talking about Siti Nurhaliza net worth she has not revealed her present networth to the media. But as of 2010, there was a report that she had a net worth more than RM50 million and made her name as one of the millionaires in the entertainment industry. But later Siti said the report is not accurate.