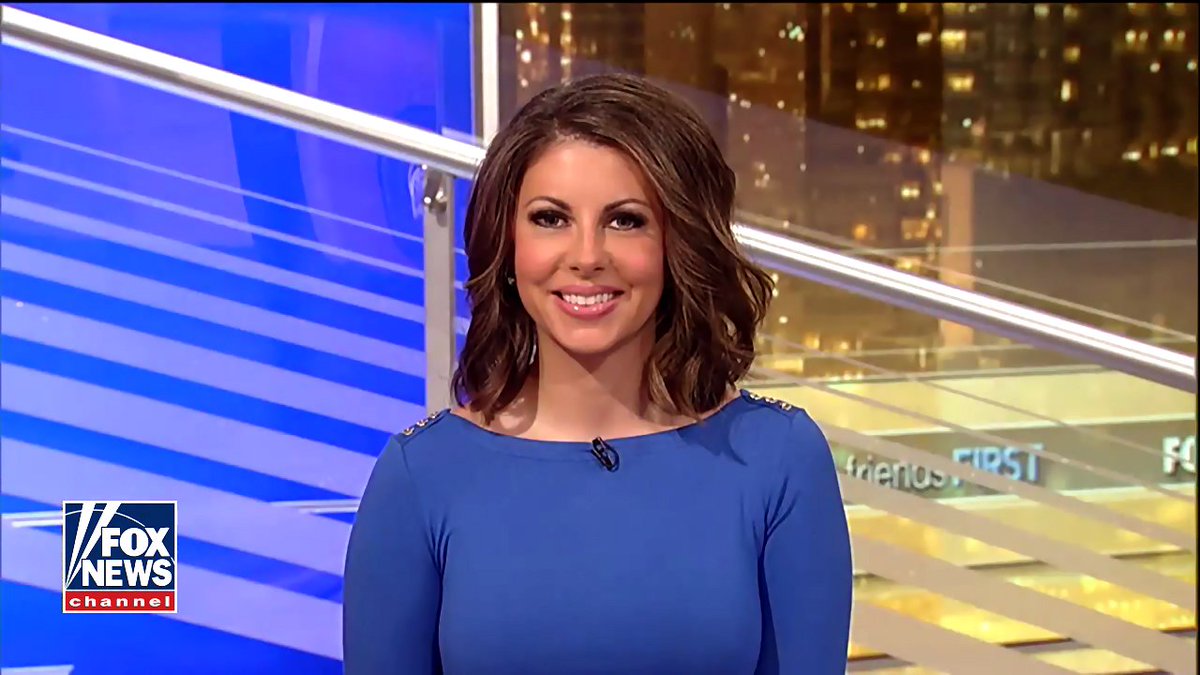 Morgan Ortagus, a former beauty queen, is now a queen of reporting. She has created an impressive profile as a journalist and keeps getting better in her field as time goes by. Morgan is a famous reporter of American Foreign Policy and National Security issues and is also a guest on the FOX News as well as the Fox Business.

Morgan spent most of her life working for the US Government during which she even traveled and worked in a few countries. She is considered an example of women empowerment. Furthermore, she also married for five years and her second marriage shows no signs of disputes with her husband.

On the deck, we’ll explore Morgan Ortagus wiki facts, along with her age, family, children, parents, husband, and net worth.

Morgan enjoys a successful married life with her second husband, Jonathan Ross Weinberg. The couple married on 25th May 2013 by Associate Justice Ruth Bader Ginsburg at the Supreme Court in Washington DC.

Discover: Who is the hot journalist Sharon Tay dating? Wouldn’t you like to find out if she has a boyfriend or even a husband?

Many friends and family attended the wedding reception. Morgan’s husband, Jonathan works as the vice-president for Veedims, a company which manufactures power and data-control systems for automobiles and buildings, and is currently based in Washington.

Moreover, Morgan loves mentioning her husband on her posts in social media. In fact, they celebrated their fifth wedding anniversary on 25th May 2018.

Morgan congratulated her husband, Jonathan on his 42nd birthday on 2nd October 2018. She along with Jonathan spent an evening at the Log Cabin Gala for the celebration of the birthday. She has yet to welcome a child with her second husband and doesn’t have a child with her first husband as well.

Before tying the knot with Jonathan, Morgan was in a married relationship with Joshua Dobbs. However, the couple later divorced. In fact, no much information about Morgan’s first marriage is available.

Morgan Ortagus Net worth and Career

Former Miss Florida Morgan stands as American policy and national security analyst based in New York City. She built her career in emerging markets and has played a proper role in consulting diplomacy and financial service.

Moreover, she is also the founder of GO Advisors and has worked as a senior advisor and aided to found EY’s Geostrategic Business Group.

Furthermore, Morgan also worked as a Global Relationship Manager at Standard Chartered Bank in the Public Sectors Group. While serving there, she used to cover most of the clients from the Middle East, Africa, and Asia.

Moreover, she also worked as an intelligence analyst at the U.S Treasury in the Office of Intelligence and Analysis. She often appears on FOX Business and Fox News as a guest host or contributor, working along with Kennedy and Tracee Carrasco.

Catch this fun @morningsmaria panel 6-9am ET today on @foxbusiness

So, what’s the figure of Morgan Ortagus net worth?

As of now, Morgan Ortagus net worth is under review. Nevertheless, we promise to bring you updates on his net worth in the future. As per some sources, she makes a salary of $79,094.

Morgan Ortagus was born in the year 1982 in Auburndale, Florida. Her birthday falls on 10th July, and she is 36 years old at present.

Morgan was born to her parents, Ronald E. Ortagus and Denise C. Ortagus. Her father was the owner of two Florida Franchise whereas her mother worked as an office manager. She has no siblings, which means she is a single child of her parents.

Read more: How Old is Wolfie D? Know All About His Wiki-Bio including his Net Worth, WWE Career, and Dating Life

Besides, her height is unknown whereas, her weight is around 59 kg. Likewise, her body measurement is 37-25-37 inches.