Is Football coach Mike Zimmer Dating With New Girlfriend After His Wife’s Death? Know His Wiki And Net Worth In Detail 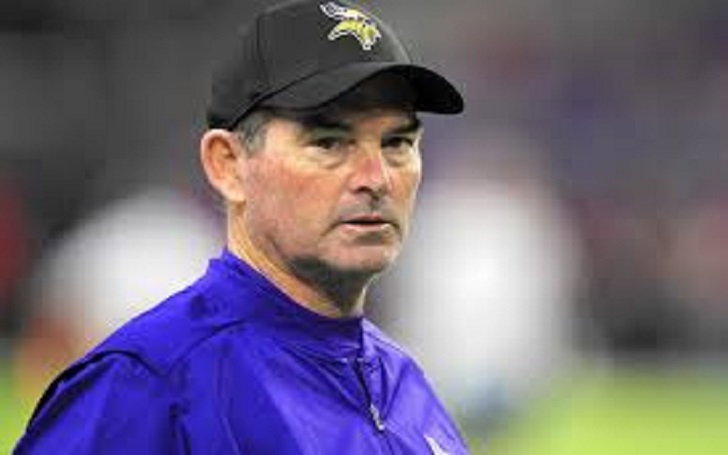 Being a mentor and taking his or her pupil to their path is a tough challenge. It needs patience, guidance, and discipline to get success. As with this, we are talking about Miki Zimmer, the head coach of the Minnesota Vikings.

Mike Zimmer is best known for his profession as a coach. In 2009, he suddenly became a hot topic following the demise of his beloved wife. Let’s know more about him and his late wife.

Who is Mike Zimmer?

Mike Zimmer is a “never giving up” attitude head coach in the sports of American Football. He is the former head coach of Minnesota Vikings of National Football League (NFL).

Like his personal life, Zimmer has tied his knot, but his wife died at their Ohio home. They had given birth to three children Adam, Corri, and Marki.

Before Mike Zimmer head coach journey started, he was the defensive coordinator for Cincinnati Bengals, Atlanta Falcons, and Cowboys. In his playing career, Mike is known for his successful multi-sport athlete who earned all-conference honors in football.

As with the tragic event occurred in his life, how was their married life before? How did they meet? Who is Mike Zimmer’s wife? Let’s know about it:

As a Head coach of Minnesota Vikings, Mike Zimmer is married to wife Vikki Zimmer. But the married life didn’t last long as the god took her away.

Yes, that right! Mike Zimmer wife Vikki Zimmer died at the age of 50 on October 8, 2009, but the cause of the death was expected of natural causes which changed Zimmer’s life forever. 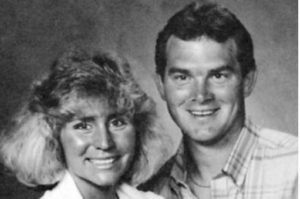 Mike Zimmer and Vikki Zimmer had an adorable relationship. The pair perfectly bonded as they meant for each other. In 1981, they met while jogging on the track as well as in college during his coaching at Weber State University in Ogden Utah.

In 1982, after dating for a year Mike and Vikki got married. Though she didn’t know about the football profession, Vikki used to support Mike Career.

“She was just supportive of myself and my career. I know she would be really happy.”

He told his Team that

“My wife loves all of you. Win or lose, she’s proud of you. And I just appreciate all of your effort”

With their marriage, Mike Zimmer and Vikki Zimmer welcomed three children Adam, Corri, and Marki which completed their family. They all support Mike Zimmer as they have grown stronger.

Following the demise of his wife, Mike Zimmer and his family founded The Mike Zimmer Foundation to honor Vikki. According to the official website, the foundation is trying to benefit the Minneapolis community and keep his partner’s big heart and giving spirit alive.

Is Mike Zimmer dating someone after the death of his beloved wife?

Recovering and moving ahead from such trauma is hard for every human being as it is for Mike Zimmer. As some rumors, Mike Zimmer is trying to move on from his part tragic event.

You May Like: Michigan Wolverines Football Head Coach Jim Harbaugh Has A Blissful Married Life With Wife And Kids! Know His Wiki, Net Worth And Contract Details

If they were in a relationship, then it is really good for Mike Zimmer to move on. We respect his decision, and we will surely post detail as soon as Mike reveals it.

Born in 1956 in Peoria, Illinois, Mike Zimmer celebrate his birthday on 5th if June. According to Mike Zimmer wiki, he is at the age of 61 and born in the family of Bill Zimmer who is former NFL player and coach,  died at the age of 84 on August 12, 2015.

Discover; American Football Coach Jeremy Pruitt’s Blissful Married Life With His Wife And Children; Exclusive Details on His Career And Net Worth!

During his early period, Zimmer was a talented multi-sport person in baseball, football, and wrestling and earned all-conference honors in football at Lockport Township High School, Illinois.

As a Head coach, Mike Zimmer and Minnesota Vikings Football team haven’t shared any contract detail, but with some sources, Zimmer salary is around $4,000,000. They haven’t released any buyout term from both sides. We will update as soon as they release information publicly.

We hope his Head coaching career in Minnesota Vikings team be good in coming future.