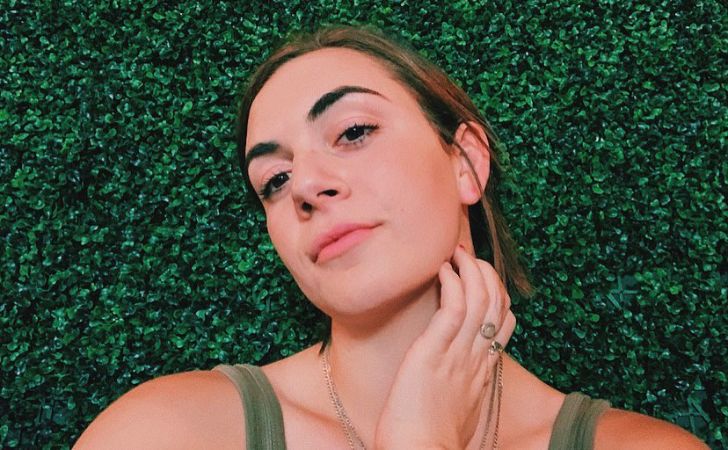 Would you sacrifice your passion for a lifetime dream? Meghan Fitton, the Bachelor fan, lived a dream on the American Idol auditions on its eighteenth editions.

Fitton earned the label of ‘rock star soul’ from Luke Bryan and received the golden ticket to Hollywood. The Massachusetts origin diva surely has the potential to reach great heights, not that she entered the top 20 of the global music show.

Meghan Fitton Entered in The Top 20 of American Idol

Meghan Fitton achieved a dream come true moment at the American Idol auditions getting a Yes from all three judges, including Katy Perry and Lionel Richie. Fitton, a music lover since childhood, took all the courage to enter the auditions, and after owning the stage, she looks to have her career set.

The Brooklyn based artist entered the stage with a unique charisma and confidence with her musical experience. The actress sang Allen Stone‘s Where You’re At? in the big scene, which impressed all the judges.

While Bryan and Richie looked astonished and super impressed with her performance, Perry initially didn’t look convinced. The Roar singer spotted the rooms for improvements and sought to create a diamond from the rough and get Fitton to Hollywood.

As much as I love the Bachelor, I am not here to be a Bachelor; I am here to be the next American Idol.

Meghan Fitton Got Her Ticket From Bachelor Host

Megan Fitton, surely won’t forget February 17, 2020, for her entire life. The versatile diva not just earned the golden ticket to Hollywood but got it from the hands of Chris Harrison, the Bachelor host.

Thanks to Katy Perry, who helped Meghan achieve a moment of a lifetime. She video-called the charming face of Bachelor and instructed him to give the obsessed fan a lifetime moment.

The television host even joked a little, giving a rose at first and satirically saying, wrong show.

Fitton expressed her admiration and appreciation for Bachelor while introducing herself. Surprisingly, she even had her own Bachelor podcast, but barely five people listen to it. The numbers are surely going to increase now.

You may also like: Phum Viphurit Net Worth is $1.5 million.

Filton joins the likes of Dibesh Pokharel and Louis Knight in the final twenty of the American music competition.

Meghan Fitton’s Net Worth and Career

Being selected on the American Idol 2020, Meghan Fitton, 23, starts her widely promising journey. She sang for the Boston Children’s Chorus for seven years before doing chorus and jazz choir at Foxborough High School.

The musician’s estimated net worth ranges around $100,000 from her blooming music journey. She even teaches spin and barre to fellow music enthusiasts. Furthermore, she also works as a fitness instructor to earn her living in New York.

Good news, guys, Meghan Fitton, isn’t seeing anyone. The promising talent impressed thousands of fans following her American Idol auditions, and it was the stage where she disclosed her personal information.

The overly obsessed Bachelor fan, Meghan Fitton, revealed that she was single.