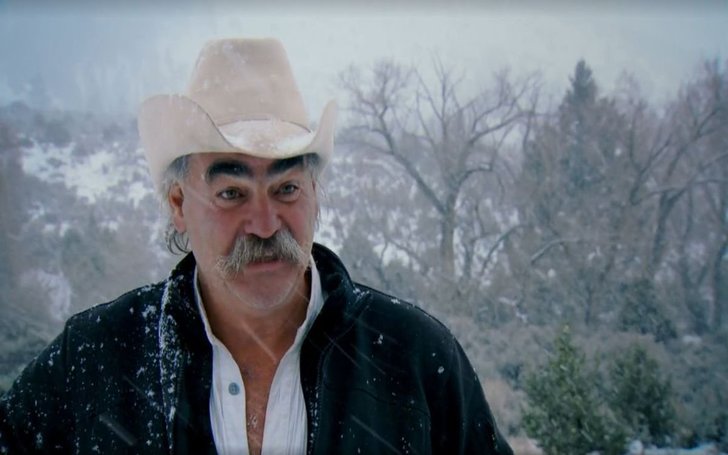 The bold and brave Misty Raney definitely got it from her father who is the famous triple threat; the one and only Marty Raney. Well, what makes him consider as a triple threat?

Marty Raney is not your average father. This great man can sing and write songs, act, but above all, the adventurous chap can climb mountains and holds a strong history of climbing dangerous mountains. Besides, there’s more interesting stuff to explore from Marty Raney that will blow your mind. Just scroll through.

Who Is Marty Raney?

Born in 1957, Marty Raney, an American television persona known for his unique kind of lifestyle in Alaska originally hails from Washington where he grew up. Growing up in Washington, he even went to school there, but, unfortunately, he dropped out of school at the age of sixteen.

Clearly, by looking at everything today, school stuff wasn’t for Raney. And by the time he reached the age of 18, he decided to shift his migration in 1974 to Alaska, one of the coldest states in the United States that he ultimately fell in love with that pulled him to stay there forever.

Mr. Raney who holds a strong passion in music then began his journey in Alaska where he started living an adventurous life such as by doing heavy physical loads that involved mountain climbing, guiding, logging, hunting, and fishing even in the intensely dangerous working environment and weather.

Also read: Who is the notorious Cassandra Fairbanks?

Besides, Raney is also a tv personality and is known for his reality family show such as Homestead Rescue and Ultimate Survival Alaska which showcase the master himself and his children teaching families skills for survival in extreme situations.

Wait, did we mention, he is also an actor? Learn more on Marty Raney’s acting career in the content below.

What Is The Net Worth Of Marty Raney?

The net worth of Marty Raney stands at a whopping number of $1 million which he accumulated from his hit reality tv shows; Homestead Rescue, Ultimate Survival Alaska and Homestead Rescue Hacks Revealed, aired by Discovery Channel. TV personality on average makes an income of $50,000-$150,000 per season.

Marty also earns his income by performing and making his music. The singer released albums such as ‘Strummit from the Summit‘ and ‘If That Bus Could Talk…’ Raney constantly performs his music live which helps him boosts his earnings. As a matter of fact, his songs are available to purchase and listen on iTunes.

Fun facts: For the love of his home aka Alska, Marty Raney even built and created his own guitar in the shape of Alaska.

Apart from his music and tv shows, he is also an actor. His acting career also helped him increase his wealth. Marty Raney is known for his contribution to films such as Spirit of Alaska, Surviving Denali, Against All Odds (PBS), An Idiot Abroad, The Great Summit Series, McKinley: Grand Mountain of the Far North and more. Marty reportedly earned an income of payment ranging from $1000-$50,000.

Marty Raney; Personal Life. Who is He Married To?

The TV personality, Marty Raney is happily married to his Alaskan wife, Mollee Roestel who he tied the knot in 1974 when Raney was in his late teenage phase. Whilst not much detail on his love life is disclosed to the public yet, Raney and his wife are still going strong to this day.

After all, why wouldn’t they be right? The couple shares a beautiful family of four, most of whom are married with kids today. Marty Raney and his wife, Roestel are parents to children including; Misty Raney, Miles Raney, Melanee Raney, and Matt Raney.

All of their children also made their appearance on Marty Raney’s family life-challenging show. Consequently, Marty’s children followed the footsteps of their father. To be more clear, it was Marty who taught his children on the skills for survival.

Marty Raney who perceives a look of an average old man on his 60’s weighs 80 kg and stands at a height of 5 feet 11 inches. Raney’s mustache gives him an even more unique look that goes great with the signature hat that he always puts on. Furthermore, once a brunette, Raney flaunts Brown eyes and grey hair, due to aging.

What is the birthplace of Marty Raney?

What are the eye colors of Marty Raney?

What is the hair colors of Marty Raney?

How tall is Marty Raney?

What is the weight of Marty Raney?

Where is the nationality of Marty Raney?