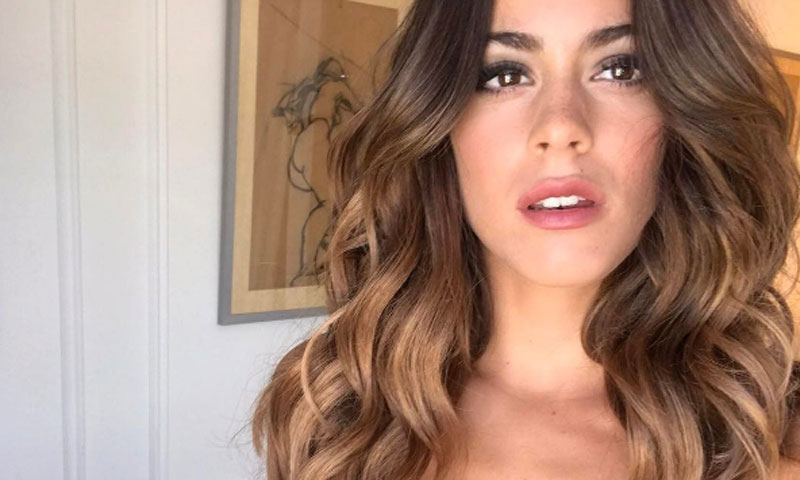 What happens when exquisiteness and creativeness meet? The answer is the Argentine actress, model, singer, and dancer Martina Stoessel. She is also popular as Tina Stoessel who gained international popularity after her Disney Channel Latin America original telenovela, Violetta. Despite being so young, her accomplishments and hard-working aptitude are praiseworthy.

Anyone who is dating Martina Stoessel is undoubtedly the luckiest man ever. It is hard to find a great combo of absolute beauty and imagination; however, Martina fits perfectly into the category out of all the odds.

She is currently dating Pepe Barroso Jr. He is a Soccer player turned model and famous as the face of the famous clothing brand Hollister. The duo often posts adorable photos on their respective Instagram which speaks of their stable relationship.

Previously, Martina Stoessel dated Peter Lanzani for two years. Unfortunately, they broke up in April 2015. Martina was also rumored to be dating her co-star from the show Violetta, Jorge Blanco.

Caption: A scene from Violetta including Martina Stoessel and Jorge Blanco

As of now, Martina seems completely happy with her current boyfriend but hasn’t married him yet. Looking at their chemistry, we are pretty sure that the couple is planning for something bigger.

Delving into Martina Stoessel’s net worth, the actress and singer has appeared in some movies and TV shows which are the ultimate source of her net worth. As a matter of fact, from her movie, she has lifted herself to the spot one on Spanish television.

Her show Violetta was successful in business which supposedly helped to increase Martina Stoessel’s net worth. She is also linked in advertisements and sponsorship deals with many companies as a model.

As of 2018,  Martina Stoessel’s net worth is estimated at around $9 million.

Martina Stoessel debuted in the acting world with Argentinian hit children’s comedy TV series Patito Feo as Anna. Her breakthrough role came with the Disney’s TV series, Violetta where she depicted the lead role of Violetta Castillo on 14 May 2012.

Until its third season in 2015, she appeared as the title character. The theme song of the show En Mi Mundo released as her single on 5 April 2012. She also sang another theme song of the very show in a Spanish version called Nel Mio Mondo.

In 2013, Martina sang Let It Go for the movie Frozen in Spanish and Italian, All’Alba Soregero and Ser major respectively. The following year, she did a voice-over role for the Italian dubbed version of Dan Scanlon‘s Monster University.

On 3rd August 2018, she released Quiero Volver, as the fourth single from her upcoming second album as a duet with Sebastián Yatra.

As for her recent works, Martina Stoessel is busy preparing for her new movie, The Diary. The movie will release the next year in 2019.

Martina Alejandra Stoessel Muzlera was born in 1997 to her Argentinean parents, television producer, and director Alejandro Stoessel and Mariana Muzlera. She spent her childhood in her birthplace in Buenos Aires, Argentina alongside her elder brother, Francisco Stoessel.

Martina celebrates her birthday on 21st March so, it makes her age 21. She belongs to Caucasian ethnicity and has a stunning figure with a height of 5 feet and 5 inches.