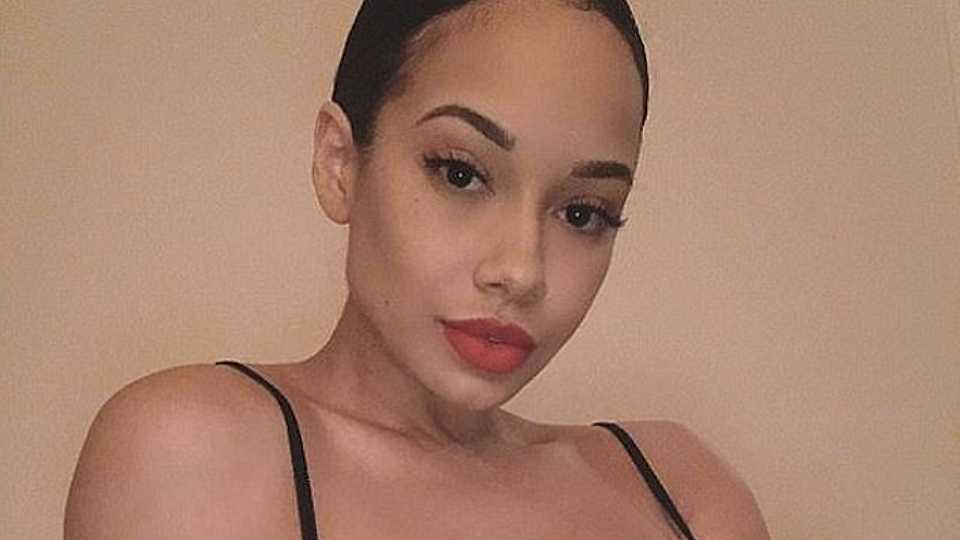 Just as when everyone started to pronounce Kourtney Kardashian’ boyfriend Younes Bendjima‘s name correctly, the celebrity-duo broke up after two years of relationship. However, it seems like he has moved on as he was pictured with Instagram model Jordan Ozuna. People all over the internet is bashing Jordan Ozuna for her another link up with Kardashians’ in a row. Who is Jordan Ozuna’ boyfriend?

Read More; Camilla Luddington Engaged To Her Longtime Boyfriend But When Will The Wedding Bell Ring?

Jordan Ozuna might not be a household name, but the model has dated many big faces. As you already know, she is rumored to be dating her alleged boyfriend, Younes Bendjima. However, she completely denies the news. She said,

“Younes and I are not involved romantically at all. We were both invited to Mexico for a mutual friend’s birthday party with 13 other people.”

But then again, the media spotted the duo cuddling on the beach and her alleged boyfriend Younes wrapping his arms around her. Jordan Ozuna might or might not be smart to stay away from the clash with Kardashians.  Younes also posted a screenshot of a Daily Mail news story with writing:

“They really want me to be the bad guy. F*ck your Hollywood bulls*t. (Can’t have fun with your friends no more.) Dailymail where are my 12 other friendssss? Nice catch tho.”

Previously, Jordan Ozuna married her high school sweetheart, Daniel Ozuna. She also rumored to be dating Canadian singer, Justin Bieber while she didn’t even divorce. Media spotted her PDAing with Bieber in Vegas. In Feb 2014, she even apparently took a selfie straight from his bed.

On April 21st, 2017, she had rumors of dating the ex-boyfriend of Kylie Jenner, Tyga as they were photographed outside Serafina restaurant in West Hollywood, California.

As of now, Jordan Ozuna seems to be keeping her new relationship private. However, as she is linked again with the Kardashians, the truth will be unveiled soon. Stay Tuned!

No! Younes Bendjima and Jordan Ozuna are not dating. Well, how can they date when Younes is back with Kourtney?

Yes, you heard that right! Kourtney Kardashian and Younes Bendjima are together again after a misunderstood breakup in the summer. According to sources, the pair had misunderstandings which created the breakup. But, now, everything has sorted out! Then, what about Jordan?

Well, Jordan Ozuna is possibly single and not dating anyone at the moment.

Bendjima is rumored to be back with Kourtney Kardashian. After Kourtney invited him to her birthday party, the duo seems to build the chemistry again. They, however, is yet to reveal whether they are dating or not.

The Instagram model, Jordon Ozuna isn’t limited to social sites only. She was in the on Hooters 2011 International Swimsuit Pageant. After leaving Hooters, she did a few commercials while working at the LIGHT Nightclub in Las Vegas. Along with hundreds of girls, Jordan also modeled in Kanye West’s Yeezy fashion show at Madison Square Garden.

Jordon Ozuna is the founder of own elegant intimate’s lines, Se Mouiller which specializes in lingerie, sleepwear, and robes. Other than that, she is also active in modeling for various projects and brands.

Jordan Ozuna was born in 1990, on the east coast, Maryland to her parents, mother Gina Blu, and father whose name is unknown. Belonging to a military family, they roamed around different locations. She spent her childhood mostly in Hawaii and Guam with her younger brother Chris. She went to Moanalua High School. Jordan completed her graduation in 2009. Any other additional information about her family and parents aren’t in the records.

Jordan celebrates her birthday every year on January 1 and is 28 years old at present. As per wiki, she is of American nationality with Afro-American ethnicity.