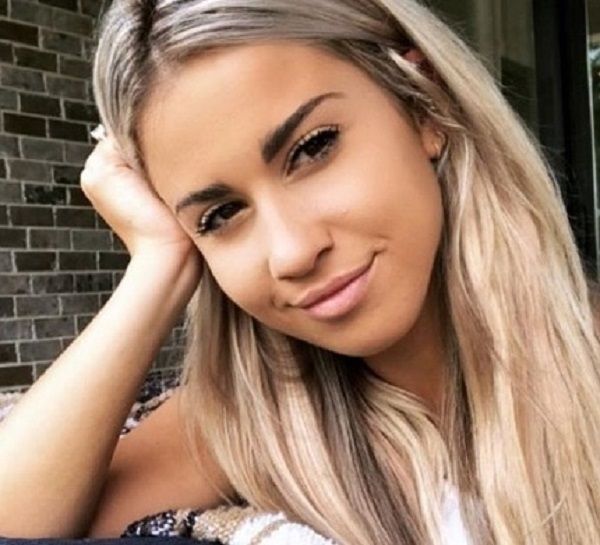 Not only the music of the American country singer Kane Brown but his love life also makes headlines. After Brown announced his engagement to his girlfriend, Katelyn Jae, fans are interested to know more about her.

Katelyn Jae is a singer by profession and a music management student. Even though she has not made any hits from her musical career, she is equally artistic as her husband, Kane Brown.

Read more: Foxy Brown Has A Baby Daughter But Who Is The Father Of The Child?

Katelyn married her fiance, Kane Brown on October 12, 2018, outside of Nashville. Their wedding ceremony was officiated in front of about 200 family and friends. Both her brothers, her husband’s bandmates, Alex Anthony, Taylor Phillips including friends were present to cherish their happiness.

happy 25th babe ! Looking forward to a lifetime of celebrating you ❤️

On Easter Sunday 2017, Brown suddenly proposed Jae while the lovebirds were watching The Amityville Horror., After dating for a year, Jae and Brown got engaged in April 2017. While talking to Entertainment Weekly, Brown said:

“She’s a sweet girl. She’s from Philadelphia, and we’ve been dating almost… it’s going to be eight months coming up. You know, being on the road, we did 200 shows in 2016.”

You get lonely… Whenever she’s out with me, I just have a good time. And she makes me happy. I’m never depressed when she’s around me.

When Brown was in a concert in Philadelphia, he announced his engagement. However, he had formerly declared about his engagement on his Instagram that he deleted late due to hate comments. He said:

“It’s hard to do this job — you know, there’s girls involved — you’ve got to stay out of trouble, it’s really hard.” “Some people found out on Instagram today and I had to delete this video… I just got engaged to a girl from Philadelphia two days ago. This is my first time making this announcement, but we’re in Philly, so I thought I had to go ahead and make the announcement. So thank you Philadelphia.”

As of now, Jae and her husband are enjoying the bliss of their recent wedding. The couple hasn’t disclosed their plans to have kids any time soon.

After graduating, Katelyn began putting her heart into singing and creating music. At the 2008 International Model and Talent Association Conference, she made it to the top five. Later, she represented the U.S. in Avon Voices Global Singing Talent Search in the 2010/2011. One of her most popular songs “24KT’’ was released in August 2014.

Katelyn Jae was born in the year 1992 in Philadelphia, Pennsylvania. She spent her childhood in Chester Springs, a suburb of Philadelphia.

Her teacher inspired her to pursue music. The teacher heard Jae singing Celine Dion’s classic, “My Heart Will Go On,” in her sixth grade during a fall school concert performance.

Following that, the teacher told her parents that they should send Jae for vocal and piano lessons. At the age of 11, her parents realized her passion for music. After graduating from high school, Jae joined West Chester University.

Moreover, Jae celebrates her birthday on June 19 that makes her age 26. She is of white ethnicity and is American by nationality.