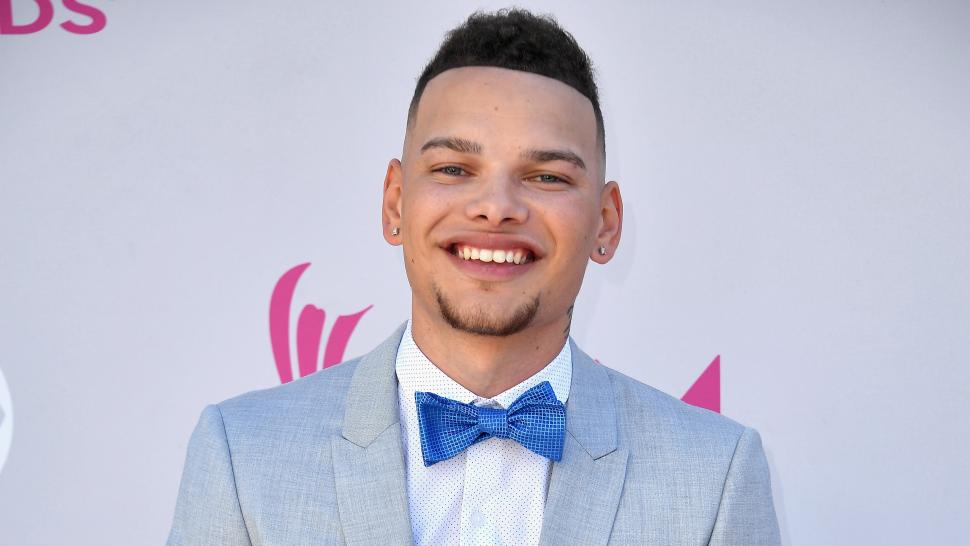 Kane Brown is an American singer and songwriter and is most famous for his unique country voice and style. Brown is mostly known for his songs like ‘What Ifs’ and ‘Heaven’ which succeeded to enter the Billboard Hot 100 charts.

He has also been nominated for various award shows like ACM, CMT and Billboard Music Awards for his great songs. Besides his favorite songs, fans are quite curious to know Kane Brown dating affair. They often wonder: has Kane Brown married his fiancee?

So, who is Kane Brown fiancee? Let’s peek into the love life of the famous singer. We will be exploring Kane Brown net worth, dating affair, fiancee, marriage, wiki-bio, and net worth.

Well, singer Kane Brown has already found his love of life. Yes, he is in a relationship with Katelyn Jae who was involved in the music business, but later changed her course because she wasn’t a fan of the spotlight.

Kane Brown met Katelyn in 2015, and they started dating since then. About the meeting, Brown told Taste of Country Nights:

“She came to one of my shows, and the first time I saw her, it was the shy giddiness. I didn’t know what was going to happen. She lived in Orlando and was in Miami.”

However, Kane Brown dating affair with his girlfriend, Katelyn, was unknown to most of the people and media. They tried hard to keep their relationship away from the limelight, but in January 2017, Kane Brown revealed his relationship with Katelyn via Facebook:

“I know a lot has been going good for me this past year, but being away from my family and friends, it’s been tough. Luckily I found my other half,”

“I know a lot of people might get mad I’m in a relationship, but if you’re a true fan u won’t. She keeps me Sane, she keeps me happy, she’s my girl. God Bless.,”

After secretly dating each other for nearly two years, Kane Brown got engaged with his girlfriend-turned-fiancee, Katelyn on Easter 2017 in an unorthodox way. Brown popped the question to his girlfriend while they were watching The Amityville Horror. According to Brown, his original plan was to get engaged traditionally, but due to his impatience, he proposed right away.

After completing his hectic tour, Brown plans to marry his fiancee, Jae in fall of 2018. Millions of fans are quite excited about their marriage.

Millions of people buy and listen to Kane Brown’s music, so without a doubt; he enjoys a substantial net worth. His primary source of income is his album sales.

He also earns income by touring and performing live concerts. Brown also makes money from his YouTube channel where he has gained over 885K subscribers.

Get To Know More: Gabe Brown Net Worth

Moreover, Brown also makes much from his albums and songs. Here are the total sales of his albums:

After watching a friend on American Idol, Brown decided to audition for both American Idol and X-Factor. In 2013, he went to X-Factor and got selected. He later left the show when the producers wanted him to be in a boy band.

Kane Brown then started posting his cover songs on social media, and fortunately, he gained immense popularity from his songs. His cover for Lee Brice’s “I Don’t Dance” was the first video to gain a lot of views.

In 2015, he released his single with lyrics “Used to Love You Sober” teaser which gained 11 million+ views just in 2 weeks. He later signed to Zone 4, and Jay Frank began to manage him. Then in 2016, Martha Earls started to manage him.

Brown also raised fund for his six-song EP through crowdfunding site Kickstarter. He released his first EP, ‘Closer’ in 2015. After some time he released “Used to Love You Sober,” “Last Minute Late Night,” “I Love That I Hate You,” which also gained success within a short period. In 2016, he wrote a song with Chandler Stephens titled “Can’t Stop Love.”

He was signed to Sony Music Nashville in 2016. He then released EP ‘Chapter 1’ under the label in 2016. “He also recorded “What Ifs” with Lauren Alaina which released recently and was well appreciated.

On October 21, 1993, Kane Allen Brown was born in Georgia, United States. He is professionally known as Kane Brown. As of now, Brown’s age is 24.

When Brown was young, he and his mother had to move from place to place, so he attended different schools. Brown has a mixed descent. His father is black, and mother is white.

Kane Brown’s zodiac sign is Libra. He has an average body with a height of 6 feet 2 inches and weighs about 75 kg. He has light brown hair and green eyes.