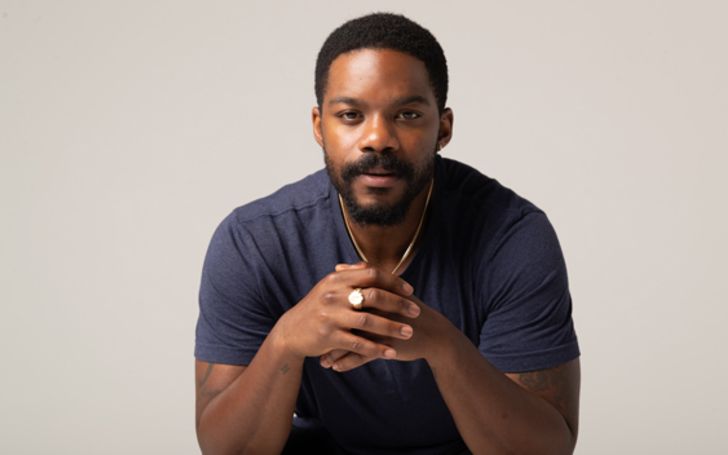 Jovan Adepo is an English-American actor who is famous for portraying the role of Danny Greer in the web drama series, Sorry for Your Loss.

The actor is also popular for his roles in films like Fences, Overlord, and series like The Leftovers, and When They See Us. Want to know more about the actor? If yes, then read the whole article!!!!

The 31-year-old actor started his career as a film actor. First, he debuted with the short movie, Gahiji in 2012. In the following years, he acted in many short films like Sandbox, Kay, and Bruise. Besides, he landed his feature-film role in the 2016 film Fences as Cory Maxson. Since then, he worked in other blockbuster movies like Mother! and Overload.

As of 2020, the actor is busy filming his upcoming 2020 movie The Violent Heart. Further, the actor will portray the role of Daniel in the film alongside actors like Grace Van Patten, Mary J. Blige, and Lukas Haas.

Major Role in Sorry for Your Loss

Jovan worked as one of the major characters in the American drama web series, Sorry for Your Loss. He portrayed the role of Danny Greer in the series, which premiered on Facebook Watch. Moreover, he appeared in all of the 20 episodes of the series, including both the first and second seasons.

Jovan Adepo is happily single. The actor seems focused on his career as he is out of any dating and marital relationships.

The actor is currently busy filming and promoting his various acting works. Additionally, in an interview, he shared that he liked playing the role of Boyce in the horror film because he loves playing the characters who are going through inner turmoil.

Visit TheCelebsCloset to know more about your favorite celebrity’s news, biographies, and updates!!!