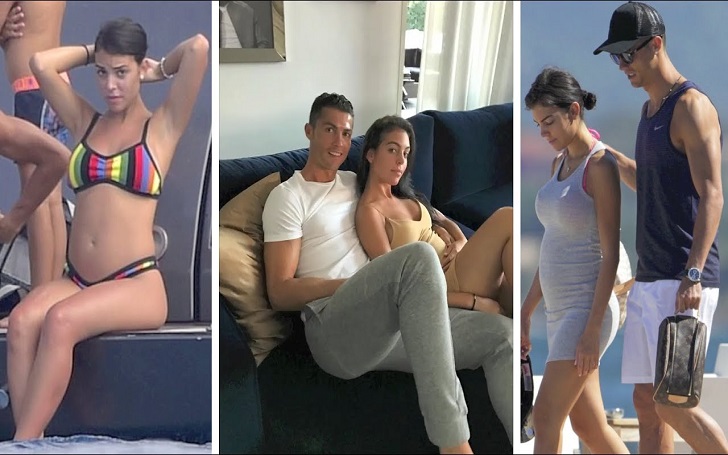 Georgina Rodriguez, 23, and her boyfriend Christiano Ronaldo, 32, are reportedly expecting a child. Sources claim that the unborn child is a baby girl and is due at the last of October.

The baby rumors turned out to be true when she was seen with a slightly rounded stomach on holiday trip to Corsica with the Real Madrid star and boyfriend Christiano Ronaldo. The couples also shared some pictures on Instagram which shows Georgina cradling her belly. 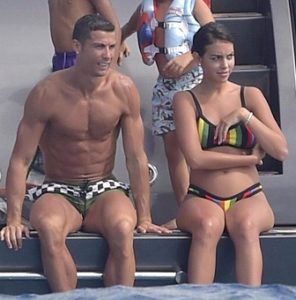 According to Mail online, the sources close to the couple told the Portuguese newspaper the following;

‘They are very happy with the arrival of the baby. Everyone adores Georgina and are satisfied with this relationship.’

Weeks ago there were rumors spread through Portuguese TV channel SIC claimed that Ronaldo had welcomed the twins-a baby girl, and a baby boy named Eva and Mateo, born to surrogate mom.

‘Mateo and Eva, those are the names of Cristiano Ronaldo’s twins. The boy and girl were born to a surrogate mum. It’s a secret that Cristiano Ronaldo hasn’t yet revealed to the rest of the world.’

And in July 2010, he amazed his fans on twitter and facebook that he had become a father of a son named Christiano Ronaldo Jr. who is also known as Christianinho. 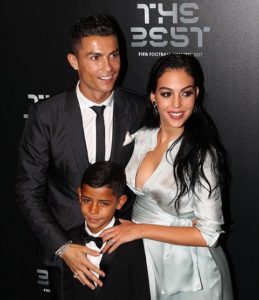 Rodriguez is half-Spanish and half-Argentine. She is remaking her modeling career after she worked in upmarket clothes stores, and also worked as a nanny in the UK.

Alana Martina is Ronaldo’s fourth child who arrived nine days earlier than anticipated near Ronaldo’s home at the Hospital Quiron Universal in Madrid.

Last week Ronaldo expressed the experience of being a father. He said:

Being a father is a unique and personal journey, something that has changed me completely.It’s taught me things about love that I never knew existed. It has softened me and given me a different perspective on what is really important in my life.

I can’t wait to be a dad again. Being a father and seeing my family grow is, without doubt, the greatest privilege I’ve had

Spending time with them, being by their side, smiling and laughing with them. They’ve brought a lot of happiness and joy to my life.

The news arrived just hours after model Natacha Rodrigues claimed that the pair had sex in March while Christiano was in a committed relationship with his girlfriend, Georgina.