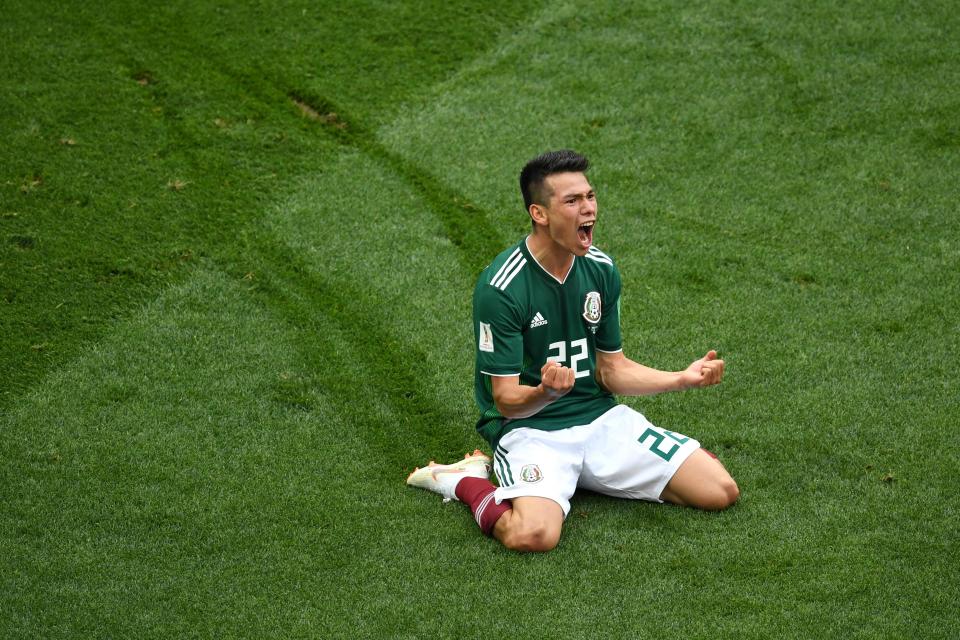 With every FIFA World Cup people see hundreds of players for the first time. But only a few stood out with their game-changing performances. Similarly, the Mexican player Hirving Lozano, shined bright after scoring a winning goal against the defending champion Germany in FIFA World Cup 2018 in Russia. Even at this young age, the way he played against Germany was worth watching and applauded by many pundits of football. All football enthusiasts from across the globe are eager to know more about Hirving Lozano married life and Hirving Lozano net worth.

Read More; Who is Francis Uzoho Dating Currently? How much is his Net Worth?

Hirving Lozano might be young, but he is already married. He is married to his wife, Ana Opp. Looking at their Instagram posts, it seems he and his wife are together since their school days.  After dating each other for long, Hirving and his wife finally got married. However, the actual wedding date is not available. Hirving and his wife never hesitate to share lip-locking photos on their respective Instagram accounts.

Having said that, the relationship that they share is surreal, and their family looks so happy together. Yes, Hirving and his wife have already started their own family. The 22 years old Having and his wife have two children, they welcomed their first child, a daughter in 2014, while their second child, a son was born in 2017.

Caption; Hirving Lozano with his wife and children

As of now, Hirving shares a blissful married life with his beautiful wife and their children. Any rumors of divorce and extramarital affairs exist nowhere.

Delving Hirving Lozano net worth, he surely earns a lot from his club and as a professional football player of Mexico. His market value is about $26 million after being transferred to PSV Eindhoven for $9.5 million. From his club PSV Eindhoven, he receives around $317,000 per year as income. Other than that, he associated with Nike Mexico. After this FIFA world cup 2018, his net worth will undoubtedly upsurge to millions.

In April 2017, his club Pachuca won the CONCACAF Champions League, and he won the Golden Boot as the competition’s top scorer with eight goals as well as the Best Young Player Award.

In 2009, Hirving Lozano started playing for Pachuca as part of its youth team which later won the little of  Clausura 2016 tournament.  On 19 June 2017, he signed up a six years contract with  PSV Eindhoven. He represented Mexico and won the CONCACAF Olympic Qualifying Championship.

Hirving played his starter match in the friendly against Senegal. Recently, in June 2018, he was named in Mexico’s 23-man squad wearing Jersey number 22 for this FIFA World Cup.  On 17th of June against Germany, his goal defeated the title holder of FIFA 2014.  He also received  FIFA Man of the Match for his outstanding performance against Germany.

Hirving Rodrigo Lozano Bahena was born in1995 in Mexico City. He was born to his parents, father Jesus Lozano and his mother, Ana María Bahena.  He and his Bryan Mauricio Lozano Bahena who unsurprisingly, is also a footballer raised in a not so well to do the family background. His nickname is Chucky because of the way he plays which could be dangerous for his opponent team.

Hirving Lozano celebrates his birthday every year on 30th of July and is currently 22 years old. As per wiki, Hirving is of Mexican nationality and belongs to white-Mexican ethnicity.